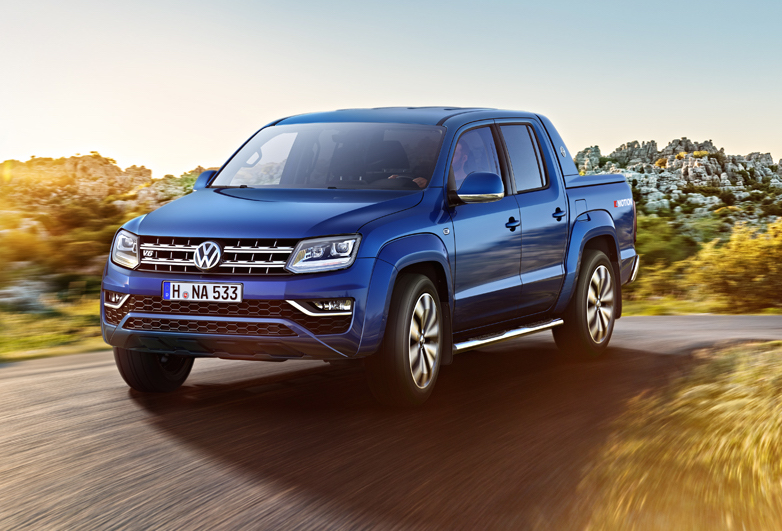 Volkswagen has released more details and images of the 2017 Amarok following its initial unveiling earlier this month. For the first time, we get a good look at the interior too. 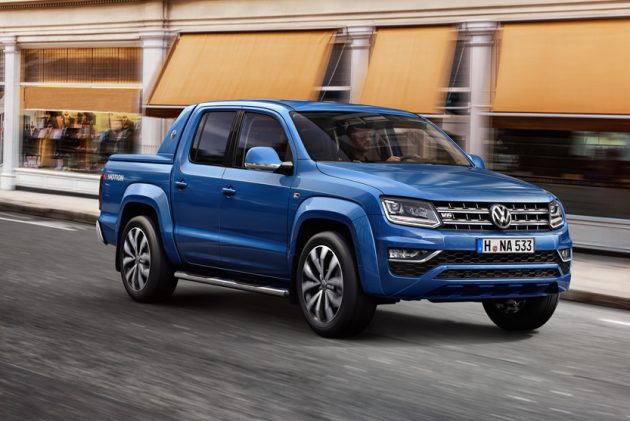 The interior of the 2017 Amarok has been vastly updated compared with the outgoing model, with finer quality materials making up most of the fixtures, a redesigned instrument panel with horizontal and vertical themes replacing the current round layout, and an updated dash design.

Within the dash is a new touch-screen interface that comes with App Connect and digital radio, along with a clever new voice recognition and amplifier system that not only enhances hands-free talk, it is also capable of picking up the voice of front-seat passengers and amplify them for the rear-seat passengers through the rear speakers. 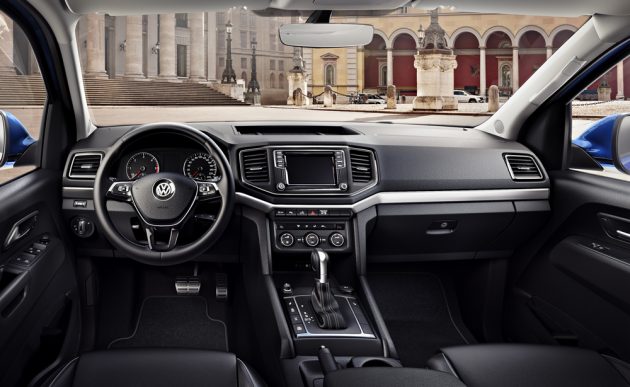 The 2017 Amarok will be offered with Park Pilot parking assistance for the first time, making parking easy, while some variants will come with up to four on-board 12V power sockets, a colour 3D instrument cluster display, stainless steel pedals, and an optional Light & Sight package.

Volkswagen is launching the new model in Europe before the end of the year, with an Australian debut likely taking place early in 2017.