If you like your utes, you’ll love this one. It appears to be a Mercedes-Benz G 63 AMG ‘6×6’, featuring three axles and a large tub tray in the back. These two were spotted recently on their way to the Middle East. 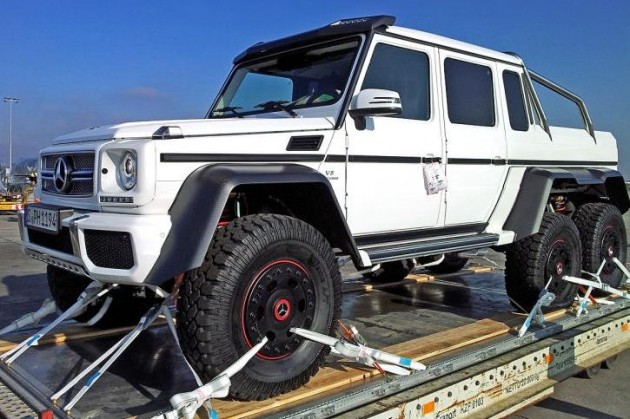 First spotted by Autobild in Germany, the six-wheeled monsters could be a one-off order from a wealthy client in the Middle East, a region that is home to various ultra-rare and ultra-awesome one-off creations.

Based on the G-Class wagon, the 6×6 features huge military-grade Hutchinson wheels and robust tyres with remote pressure control, as well as large carbon fibre wheel arch extensions to accommodate the additional width of the tyres. 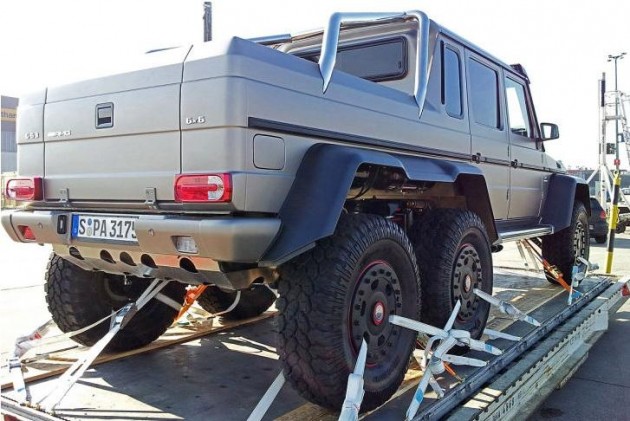 Underneath is said to be an Ohlins suspension setup to support rugged off-road driving, while power comes from a 5.5-litre twin-turbo V8 producing 400kW of power and 760Nm of torque.

It’s unlikely the ute will ever make it to mainstream production. If you have the money however, we’re sure AMG can build you one if you really want it. The ‘normal’ 373kW supercharged G 55 AMG wagon is available in Australia from $216,730.