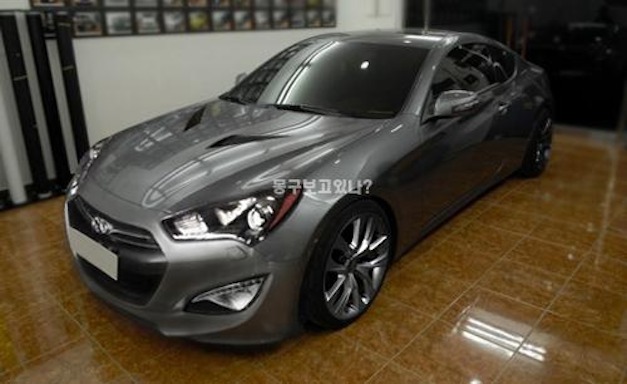 Although there is no confirmation on whether this snapped spy shot, originally posted on Hyundai-Blog, is in fact the 2012 Hyundai Genesis or simply a concept version, it shows a new face which is consistent with Hyundai’s latest design language – also seen on the sporty Hyundai Veloster.

Since the new 2012 Hyundai Genesis Coupe will be pitched up against cars such as the Nissan 370Z – and the BMW M3 to a certain extent – the rear-wheel drive coupe also features a number of aggressive styling highlights, such as the vents in the bonnet, darkened headlight backgrounds with a string of LED lights along the bottom, as well as a lip extension moulded into the lower front bumper bar.