Micro hot hatch fans, get excited. The Kia Picanto GT has arrived in Australia. Yes, it’s the one with the plucky 1.0L turbo engine and manual transmission that has since been only available overseas. 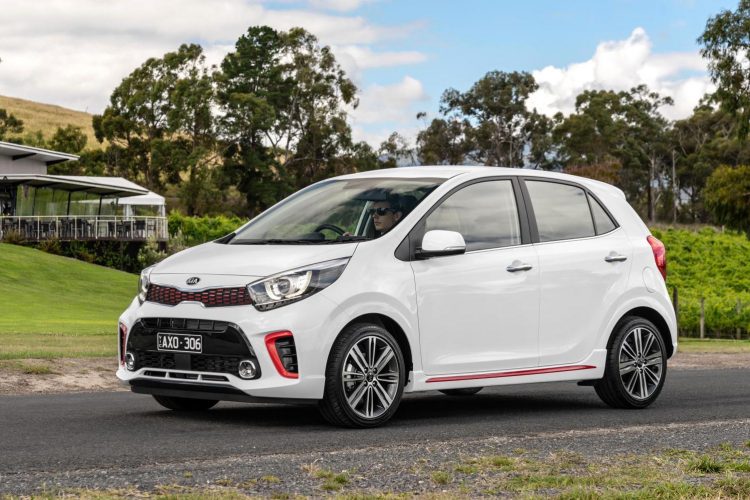 Following the launch of the new Picanto, which is a surprisingly fun little car in its own right, and then the arrival of the auto-only GT-Line, the Picanto GT has finally entered the local market. Unlike the GT-Line, which features a plain 1.25-litre four-cylinder matched to a four-speed auto, the GT teams a peppy 1.0-litre turbo three-cylinder with a five-speed manual.

The powerhouse produces 74kW of power and 172Nm of torque, which is a nice step up from the 1.25-litre unit which produces 62kW and 122Nm. It’s the latter figure that should be of highest interest, as 50Nm of extra torque should really lift the energy and attitude of the lightweight hatch.

Acceleration figures haven’t been mentioned but considering the GT weighs in at only 1007kg (tare), it should cover 0-100km/h in dashing spirit. The GT might come in as the most powerful of the Picanto range, but it’s also the most fuel efficient. The official average consumption is stamped at just 4.8L/100km, compared with 5.0 and 5.8 of the 1.25 manual and auto.

Similar to the GT-Line (review coming soon), the Picanto GT comes with a sporty bodykit with unique front and rear spoilers, red highlights for that racy touch, and a set of 16-inch alloy wheels wrapped in 195/45 tyres. All models feature MacPherson strut front and torsion beam rear suspension layouts, and the GT adds a twin-exit exhaust. 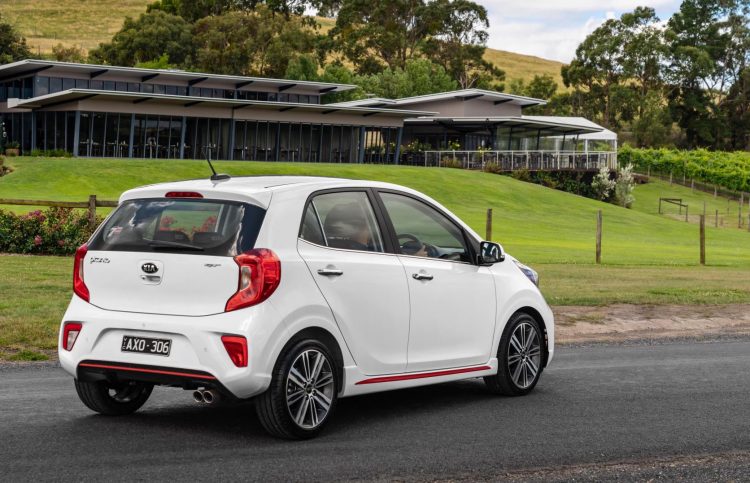 Inside, passengers are treated to some sporty seats with red highlights, while the dash features a 7.0-inch touch-screen multimedia interface with Apple CarPlay and Android Auto. This plays tunes through a four-speaker stereo with two tweeters in the front, and there are two cup holders in the centre console and bottle holders in the front doors. Boot space is rated at 255L, and all variants come with manual air-conditioning.

The new model is on sale now priced from $17,990 drive-away. It’s available in Clear White, and premium colours of Aurora Black, Signal Red and Titanium Silver.