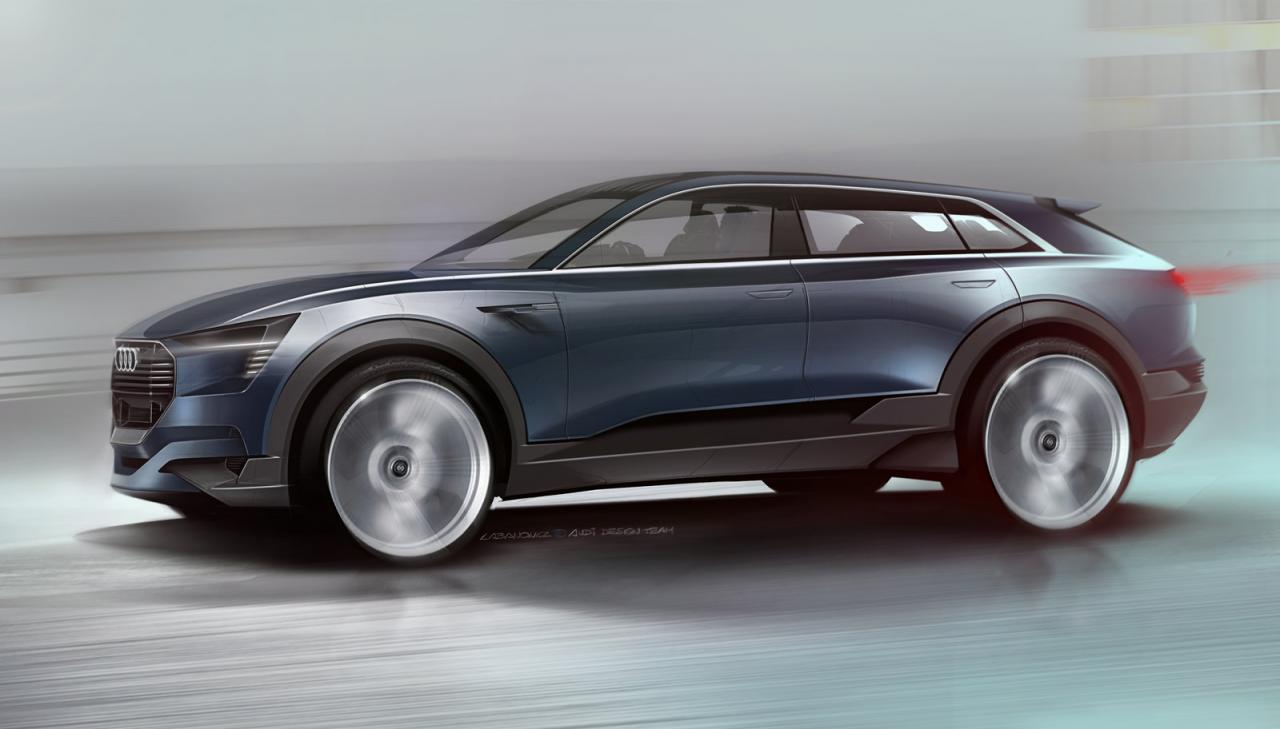 Another preview of the upcoming fully electric Audi e-tron concept has been released, giving us some insight into the all-new Q6 four-door coupe SUV. 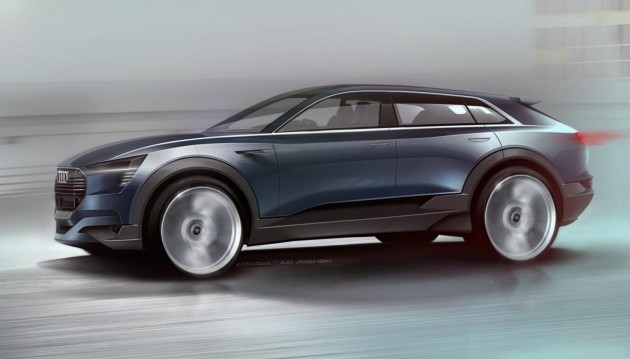 You might as well take a good look at the concept and get used to it, as it will be Audi’s answer to the BMW X6 and more recently the Mercedes-Benz GLE Coupe. Audi is yet to offer a vehicle for the segment but it is expected to be a popular one when it does.

The German Volkswagen-owned company confirmed earlier this year that it will be launching a battery-powered sports activity vehicle in 2018. The model is set to receive a Q6 badge, sitting neatly between the Q5 and the large Q7.

In terms of specifics, Audi has confirmed with these latest teasers that the vehicle will offer a range of over 500km per charge. Power comes from a lithium-ion battery positioned between the axles, sending pulse to three motors (one front, two rear) with quattro all-wheel drive.

As for the design, it embraces Audi’s latest styling language. There’s a prominent front grille area with slimline headlights, a high waistline and low profile glasshouse, black lower skirting for that tough SUV look, and a sporty roofline.

There’s also movable aero parts at the front, sides, and rear to improve air flow around the vehicle, with a completely concealed underbody. The company says the concept boasts a record-breaking 0.25 drag co-efficient for the SUV segment.

More details will be announced at the concept’s big unveiling at the 2015 Frankfurt Motor Show starting September 15. As for a production version? Audi says “the concept is a vision of the first all-electric Audi SUV planned for future production in 2018”.