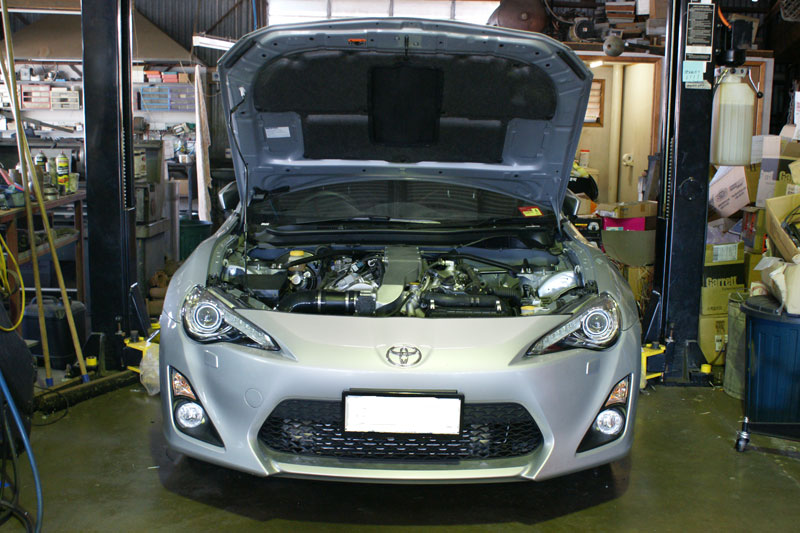 We’re not sure how this one slipped under our radar. It’s a Toyota 86 that features not a WRX or turbo conversion, but a 2GR-FSE V6 conversion. And it has a twin-turbo kit for good measure. 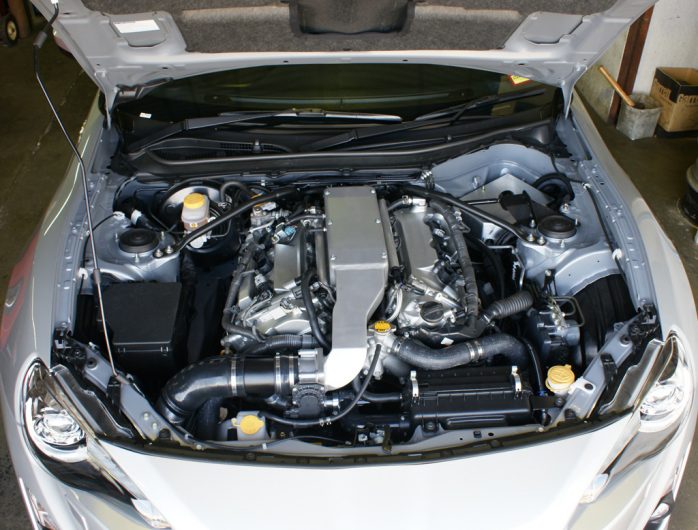 The car looks like it was built back in 2015 (or thereabouts), so we do apologise if you’ve already seen it or know about. But for the rest of us, this is one cool project idea. Fans of the 86/Subaru BRZ have been longing for a turbocharged version, perhaps with the STI motor. But this is something outside the box, and it sticks with something loyal to its badge.

For those none-the-wiser, the 2GR is a 3.5-litre naturally aspirated V6 used by Toyota and Lexus. The ‘FSE’ part means it is one of the latest configurations, with direct and port injection technology. The unit in this project was extracted from a Lexus IS 350, which, in its day, produced 233kW. 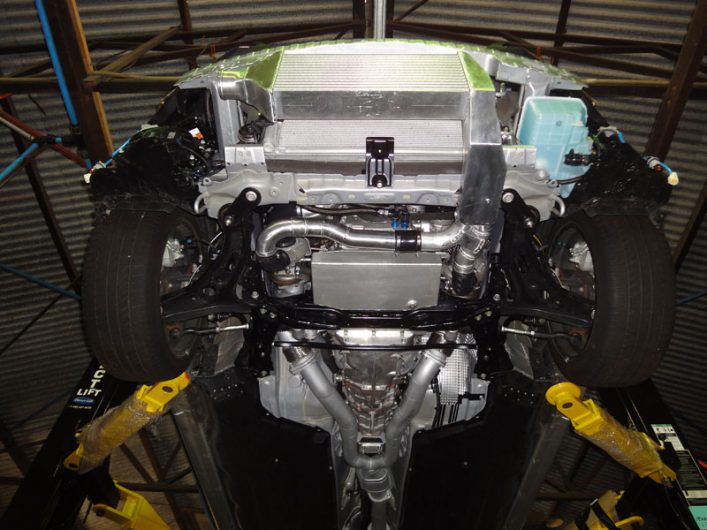 Not happy with that, the owner had the engine expanded to 4.0L via a longer stroke and fatter bore. But then this was destroked to 3.6L. Still not happy, a pair of GTX2860R turbochargers were bolted on. This is all controlled by a Vipec i88 engine management system, with Bosch EV14 1000cc injectors for the ports.

Behind the engine is an RA62 six-speed manual taken from a Lexus IS 250. The standard 4.1:1 limited-slip differential was also replaced for a more heavy duty item taken from an auto Lexus IS 300 six-cylinder, with 3.583:1 gearing for better top end.

For some idea of its performance, the car has run the quarter mile in 11.9 seconds at 124mph (200km/h). On the dyno the Toyota 86 2GR V6 has produced an impressive 375kW at the wheels, running 22psi of turboboost. Check out the quarter mile and dyno run videos below for more.

We don’t know about you, but we think this is one of the coolest conversion ideas we’ve seen for the Toyota 86. And best yet, it looks like such a neat and tidy job, with the bodykit and underbody panels all back in place leaving a fairly standard look.