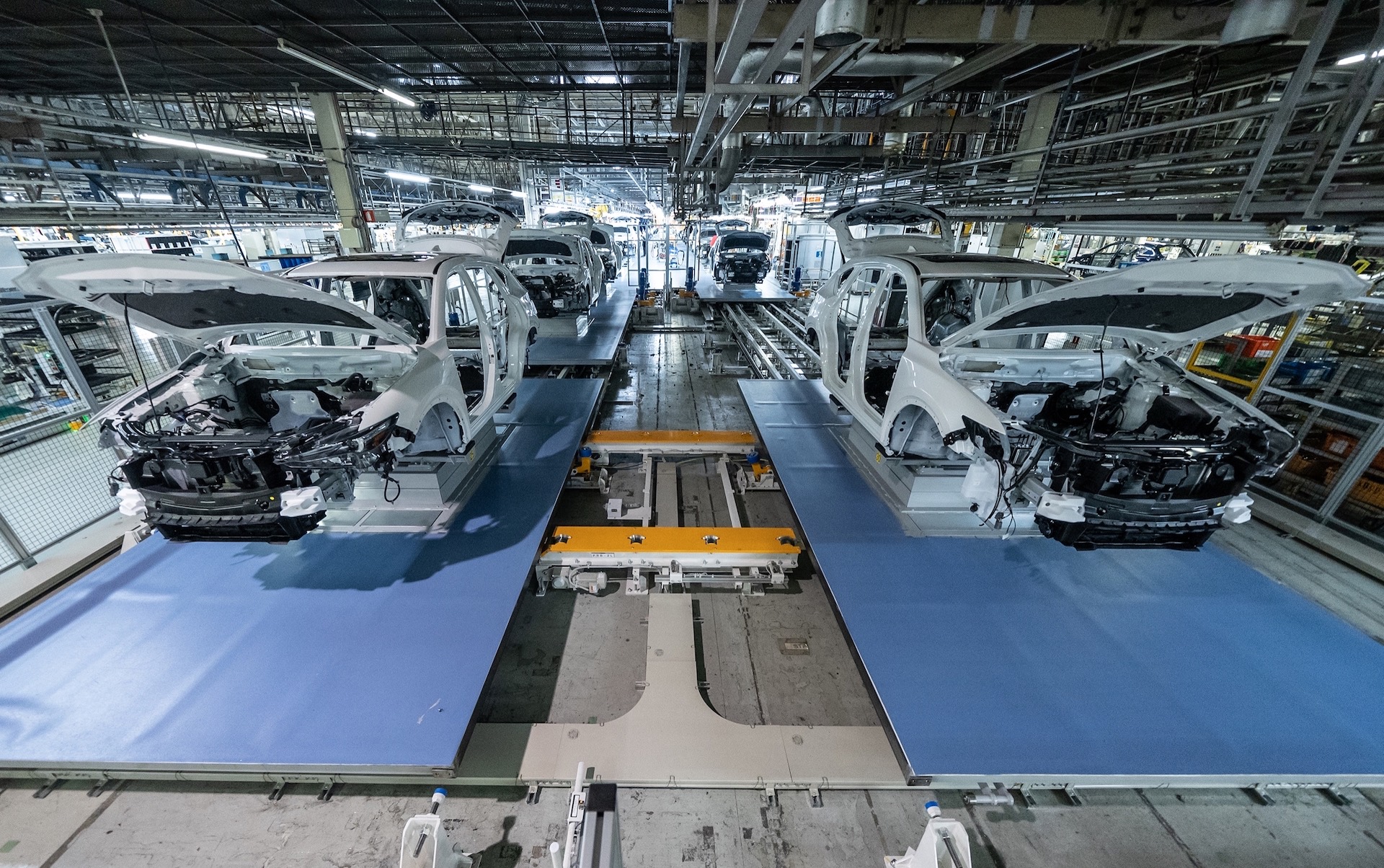 Mazda has finished retooling one of its major production lines in Japan as it prepares to launch a wave of next-generation models, including a new rear-wheel drive platform and all-new electrified powertrains. 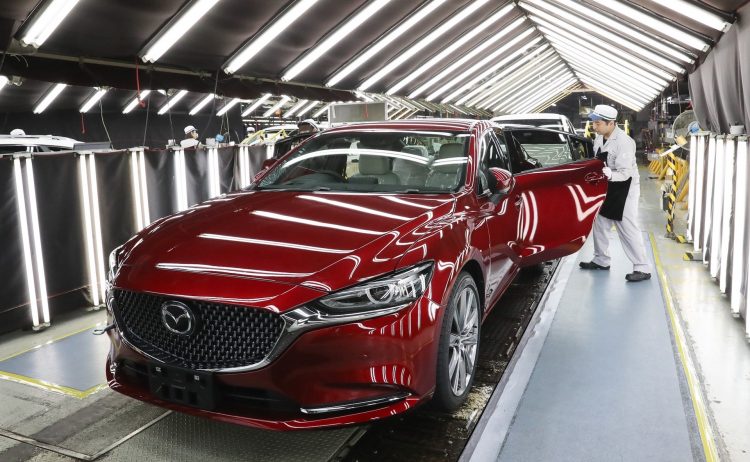 The Hofu plant is the primary manufacturing hub for the Mazda6 and CX-5. It has just received a new design that will allow Mazda to begin production of new internal combustion and electrified powertrains, across a number of model lines.

That includes new ‘Large Product’ platform models, such as the next Mazda6 which is set to become rear-wheel drive, as well as the introduction of the highly-anticipated Skyactiv-X inline-six. 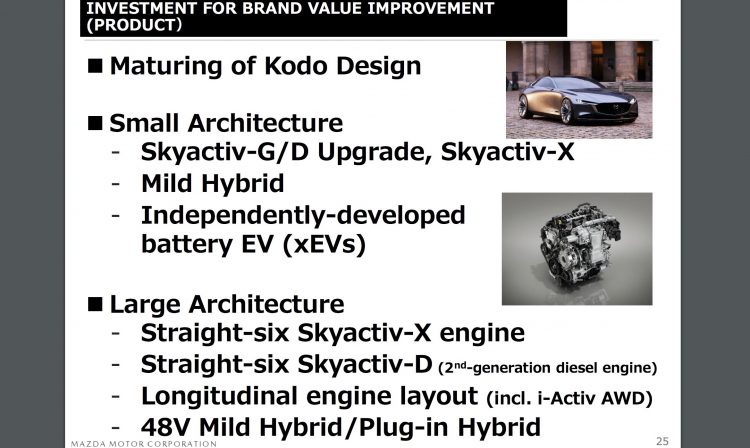 On a typical production line, this can prove an absolute nightmare, however, Mazda says its retooling of the Hofu plant means the company can accelerate its production numbers despite increased powertrain and platform variables. In a statement, the company said:

“As a result of the remodelling, vehicles with different platforms (large or small), powertrains (internal combustion or electric) and engine layouts (vertical or transverse) can be produced on the same line in the future if needed.”

This is particularly important due to the fact that Mazda has confirmed that its all-popular SUV range is set to grow with models such as the CX-60 and CX80 in particular, while there’s also a number of hybrid and pure EV systems coming in from 2022.

It was made possible by a new transverse dolly line that effectively replaces any fixed conveyor belts. Instead, the new system moves vehicles on palettes that skate on dolly rollers, which means production line workers can move vehicles where needed, and move freely around the production line itself. 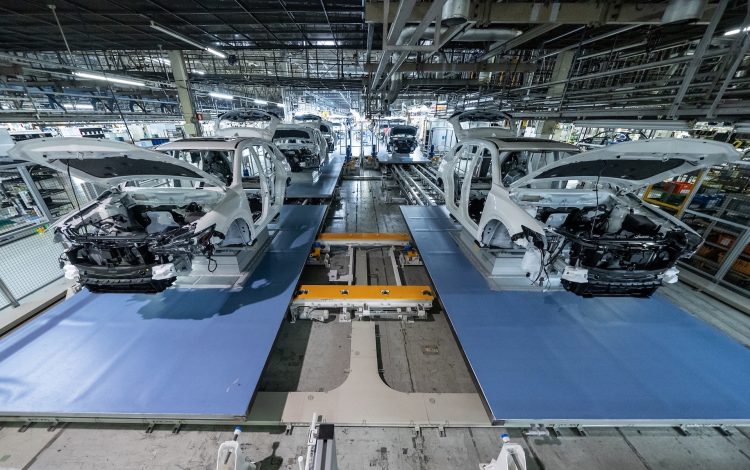 “More than half of the facility is now arranged in such a non-fixed way,” says Takeshi Mukai, Mazda’s senior managing executive officer said.

“By introducing the [flexible module line], instead of repeating the scrap-and-build process every time a new model is introduced, the only part that needs to be changed is the jig to fix the parts,” Mukai said. 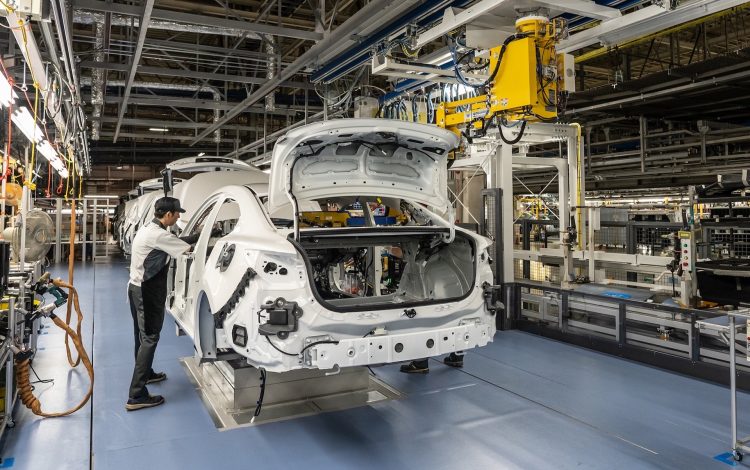 The retooling of the plant is an important move for Mazda, as the company fast-tracks its production rates and engine options in line with the company’s “Sustainable Zoom Zoom” philosophy which was announced back in late June.

In that policy, Mazda confirmed that 100 per cent of its lineup will feature an electrified powertrain by 2030, with updated Skyactiv platforms designed specifically for hybrid and battery electric vehicles.

Mazda says that by 2025, its new Skyactiv platform will underpin five new hybrid models and three battery electric vehicles, with more following suit in the years after. It forecasts that by the end of the decade, 25 per cent of Mazda’s sales will be made up of fully-electric vehicles.