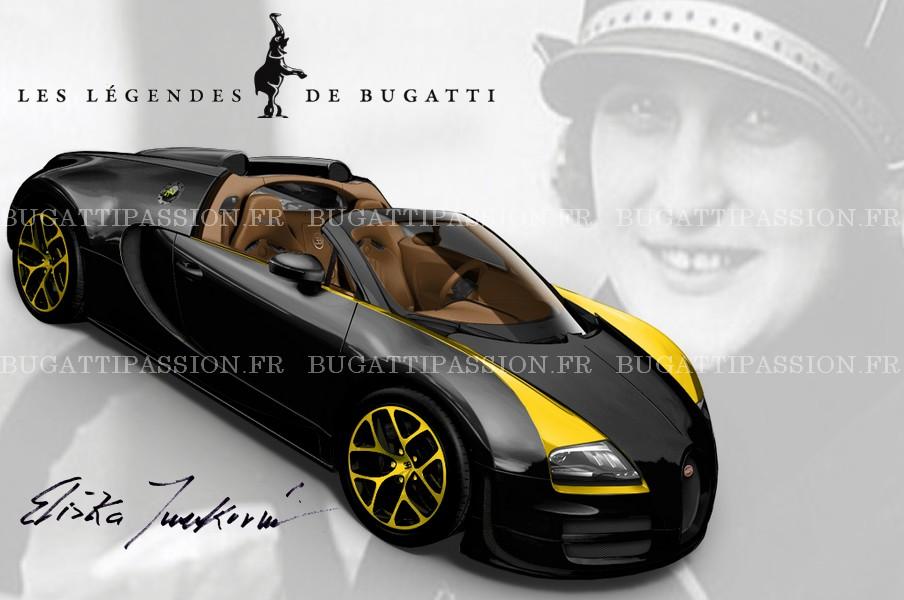 An official digital image of Bugatti’s next ‘Legends’ series model has hit the web showing what appears to be an Elizabeth-Junek-themed Grand Sport Vitesse. 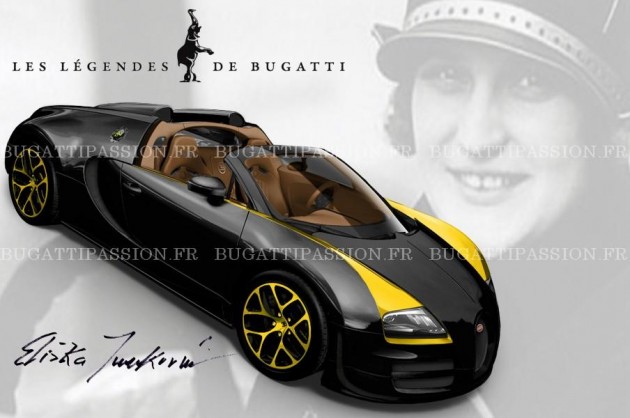 It’s no secret Bugatti is preparing six special edition Grand Sport Vitesse models all commemorating an important or influential figure of the past. This next model in the lineup will be the fifth.

Elizabeth Junek was a famous Czech female Grand Prix racing car driver of the 1920s. She is regarded as one of the greatest female Grand Prix racers of all time, racing in a number of special Bugatti models in various world famous events such as the Targa Florio and the Nurburgring Grand Prix.

She was eventually given the nickname ‘Queen of the Steering Wheel’ after a number of successful races, almost always driving a Bugatti. One of her vehicles was a Bugatti Type 35C painted in bright yellow.

Sadly, during the German Grand Prix at the Nurburgring in 1928, she raced with her husband, swapping from time to time. Soon after one swap her husband lost control of their Bugatti and was killed instantly.

Junek then quit racing and dedicated her life to travelling. Ettore Bugatti felt her pain and gave her a new Bugatti touring car for her journeys. He also hired her to help expand the business into Asian markets.

As you can see the yellow colour scheme is carried across for the latest Bugatti special, paying tribute to Junek’s race cars. The fuel cap and embroidered cream leather seats feature Junek’s signature.

More details are expected to be announced very soon.