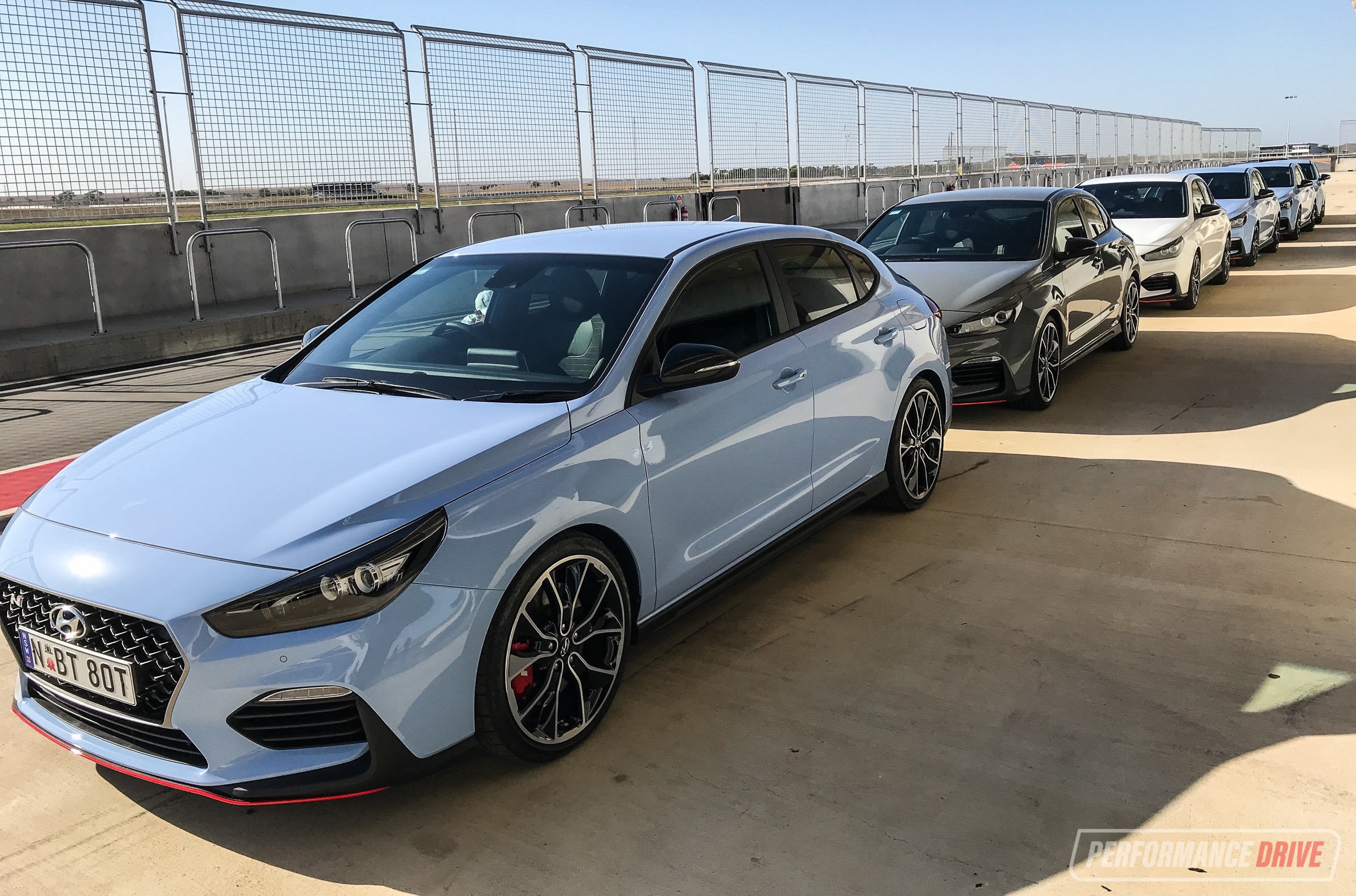 Like the idea of a well-sorted hot hatch but desire something with a little more flair and elegance on the design front? You can begin opening your arms now as the new Hyundai i30 Fastback N has arrived. It hits the market as the only hot hatch in this increasingly fashionable four-door coupe shape, with its closest rival several segments away. Yes, the much more expensive Mercedes-AMG CLA 45 would have to be its nearest competitor. 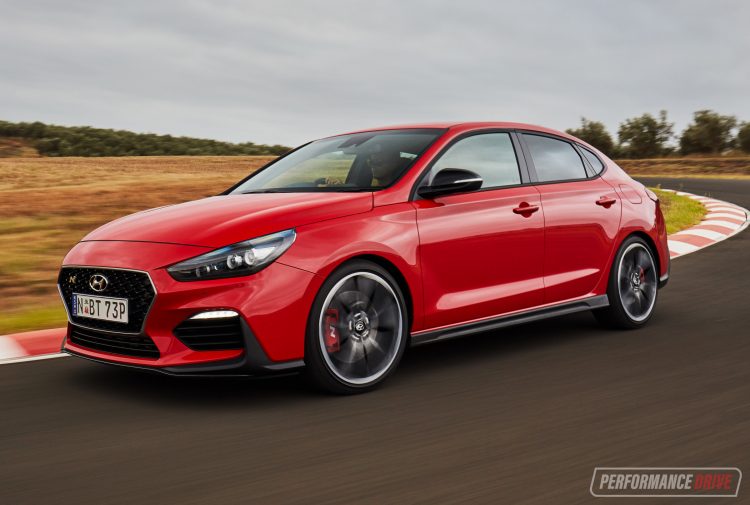 Hyundai Australia invited us to the official media launch of the new model for a first drive on local soil. As a bonus, Hyundai decided to use the brand new ‘The Bend Motorsport Park‘ in Adelaide for the majority of the event, giving us media a chance to not only sample the new car but also this grand new facility.

What’s the i30 Fastback N all about then? It’s essentially a four-door coupe version of the fantastic i30 N hot hatch. Overseas this fastback body style is available in various trim levels and with a variety of engines within the normal i30 range. But in Australia we only get this cooking N version. Prices start at $41,990, making it $1500 more than the N hatch (2019 hatch price now $40,490, up from the initial launch price of $39,990).

Like the hatch, it’s available exclusively with a six-speed manual (for now – a dual-clutch auto is set to be coming soon), distributing speed through a front-wheel drive system and adjustable limited-slip differential. 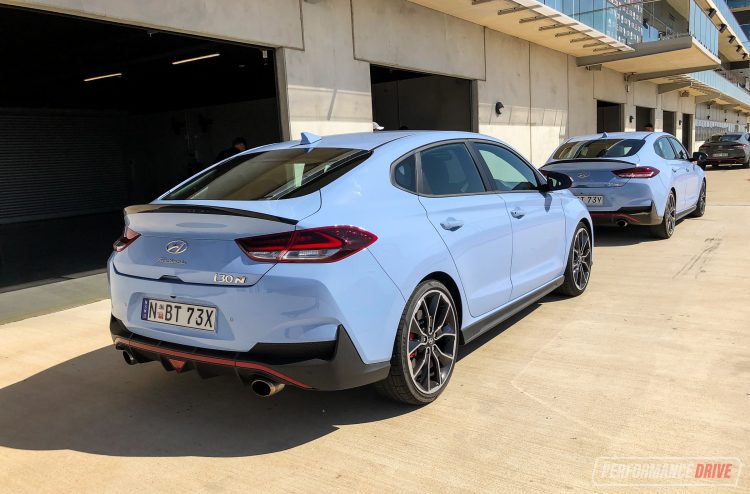 Mechanically, not much is different between this and the hatch. But there are a few tweaks here and there, and minor differences that should help the Fastback N stand out as a slightly more luxurious and decadent proposition.

Due to these differences the suspension settings are a bit different than in the hatch. The front end uses springs that are five per cent softer and a stabiliser bar that’s 0.8mm thinner, which helps to pitch the car into corners more actively, especially with the added weight over the back axle.

Hyundai has also made some minor adjustments as part of ever-evolving development, with softer and longer bump stops at the front, and a new camber control arm added to the back. But in general the same McPherson strut layout is retained on the front with a multi-link independent setup at the back. 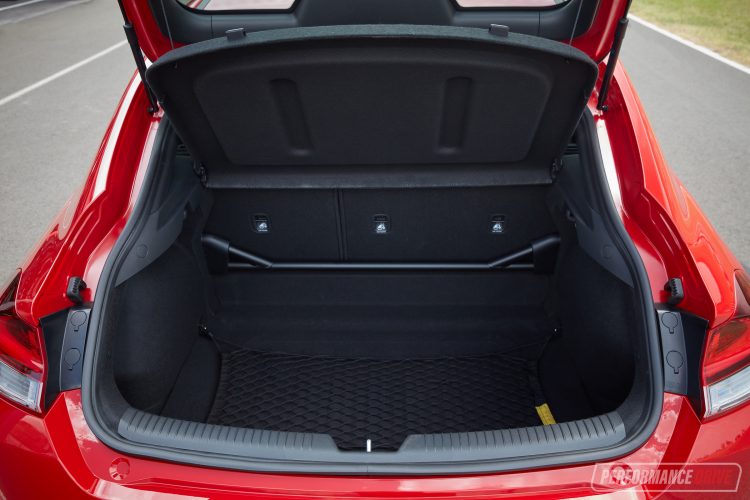 A chunky stiffening bar connects the upper suspension mounts at the back, like in the hatch. This does impede cargo space a little, and more so when you want to utilise the full cargo capacity with the rear seats folded down. As for the cargo area, this is obviously very different to the hatch. There is still a large liftback hatch lid, but the volume is greater in here. You have 436L to fill, or up to 1337L with the rear seats folded. This is more than the hatch’s 381L/1287L effort.

No changes are made to the crackling and barking engine. It’s a 2.0-litre turbocharged four-cylinder petrol that roars out 202kW of power at 6000rpm, and 353Nm of torque spread between 1450-4700rpm. There is an overboost function that provides 378Nm for up to 18 seconds during heated driving, like in the hatch.

It’s a fun and enthusiastic engine, and it produces one of the coolest soundtracks in the business. This engine is actually offered in a lower, 184kW tune overseas as well. But in Australia we’re simply given the brawniest version. So that’s nice. 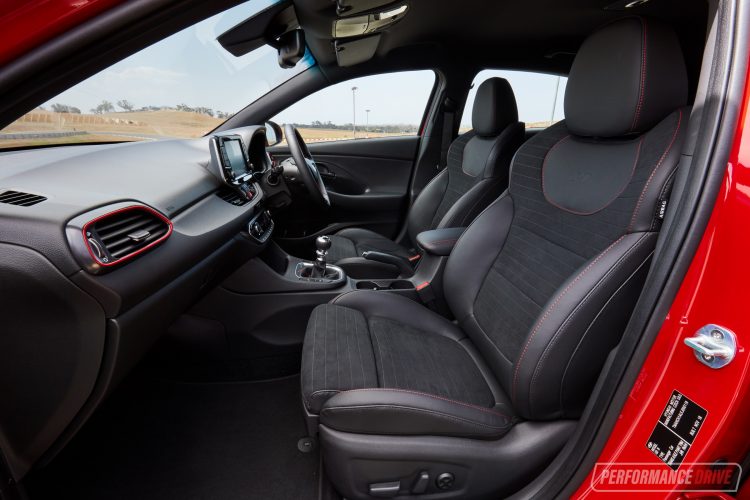 Out on the road the Fastback N does look good. It can look a bit unusual on paper or on a screen, but in person it portrays a distinctly lower and sleeker grace. External dimensions will tell you this, too. Compared with the hatch the roof is 21mm lower and the body is 120mm longer. Straight away this gives you some idea of the proportions and stance. To top it off the Fastback features a lovely ducktail-style rear lip spoiler on the boot.

We love the interior. It’s really easy to navigate and even though there are many different buttons and adjustments to choose from, it all seems to come together in a friendly and approachable manner. The driving position is also excellent, made even more appealing by a very adjustable steering column and seat. Visibility is superb as it is designed just like the regular i30, so there really isn’t any reduction in practicality. There are no unusual or awkward shapes to disturb your view, however, the rear windscreen can be like looking through a letterbox hole. 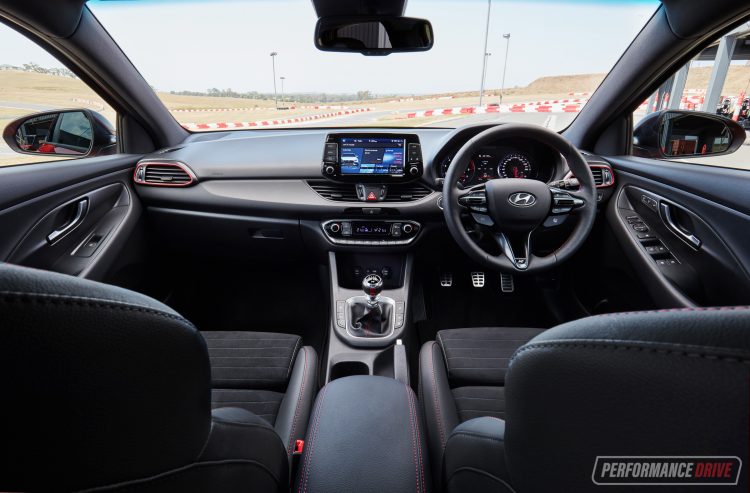 Up on the dash you have Hyundai’s latest 8.0-inch touch-screen media interface which is jam-packed with techno goodness. It’s not the fanciest screen to operate, and the graphics and display of menus don’t really stand out in this class. But it all works well and it’s easy as pie to find what you’re looking for.

In the N models you get a comprehensive smorgasbord of driving settings to play around with as well. You can even try out different modes for the limit-slip differential, and alter the aggression of the automatic rev-matching function for downshifts. It all sounds geeky but trust us, all of the settings are fun to play around with. 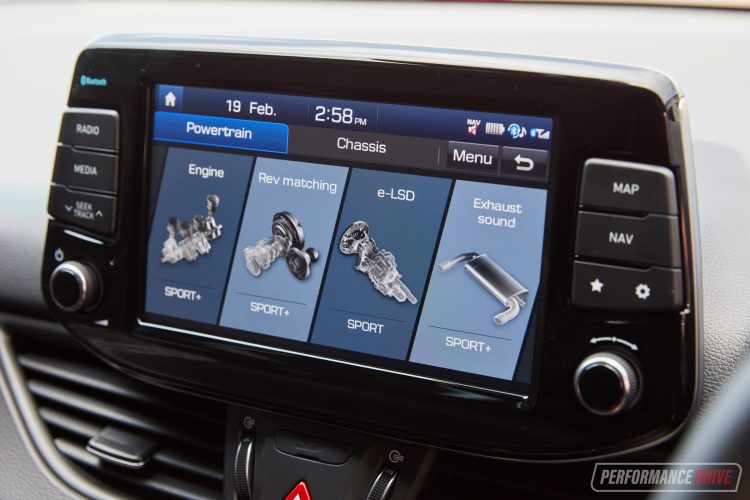 Around The Bend Motorsport Park, the i30 Fastback N is probably a bit overwhelmed by the sheer vastness of the circuit. The track is very wide. The corners are very long. And the undulations are very gradual. Hot hatches are usually a lot more fun in tight, twisty stuff where you can chuck around the weight with the steering. Fortunately, we got to do a bit of that too during the launch event. And truthfully, that’s where we found the strongest merits of the Fastback.

Don’t get us wrong. The facility is amazing. It’s a world-class circuit. It’s just that we think the track would be even better suited to a hugely powerful machine, or something that has more trouble in the corners. For the i30 N, it’s almost too easy. It needs something more technical and demanding to challenge its capabilities. 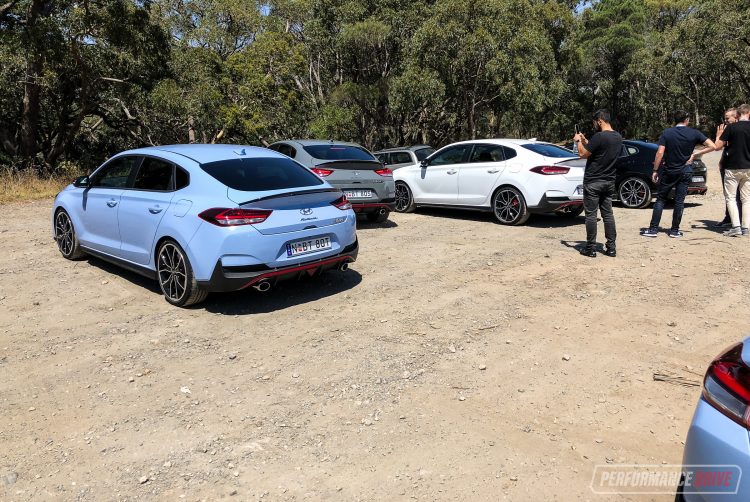 We will try and book in an example for a more thorough road test as soon as we can. We were aiming to do our usual 0-100km/h testing and video during this event but we forgot to bring our Vbox along. So instead we’ve put together a similar 0-100 video for you, and we’ve included a full lap of the ‘International’ loop of the circuit thanks to some footage from Hyundai. Check it out below.