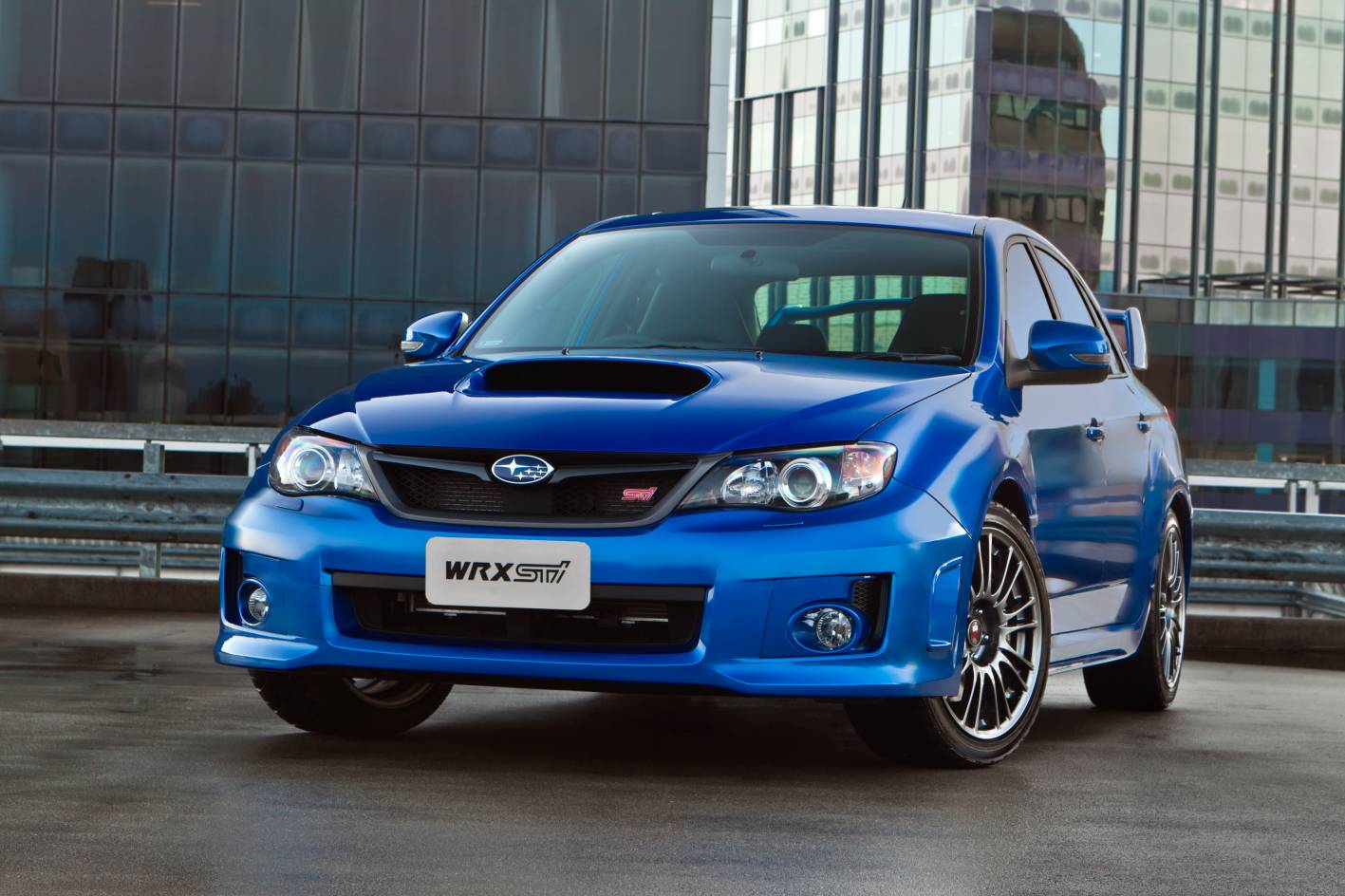 Just when you thought Subaru couldn’t go and do it again, the 2011 Subaru Impreza WRX STI takes temporary out of contemporary and cons us into thinking; is this the best performance car sedan on the market?

First up, it’s worth noting that STI has been around for just shy of 20 years now (since 1992), so it’s fair to say they know a thing or two about perfecting Subaru’s best. Whether that be the Forester, Liberty, or the model in question, the Impreza.

The benefits of having ‘lockable diffs’ becomes obvious the moment you get happy with the right foot, and handy with the wheel

Now, the standard 2011 Impreza WRX is no slouch, boasting 195kW in factory form, but, time has proven, STI models are just that much tougher. And this years’ model is no exception. I can hear you saying, why is it better?

Well, firstly, the exclusively complicated differential setup. Complicated? Yep, complicated. Since 2008, STI models in Australia have been spoiled with Multi-mode Driver Control Centre Differential (DCCD) – meaning Subaru owners can finally get their WRX to match their mood. On the lowest setting, the centre diff allows some slip, whereas flick the toggle to engage ‘lock’, and it’ll do exactly that. Lock. Think of the way your mates HQ drag car chirps as he does a three-point turn, then times that by two. 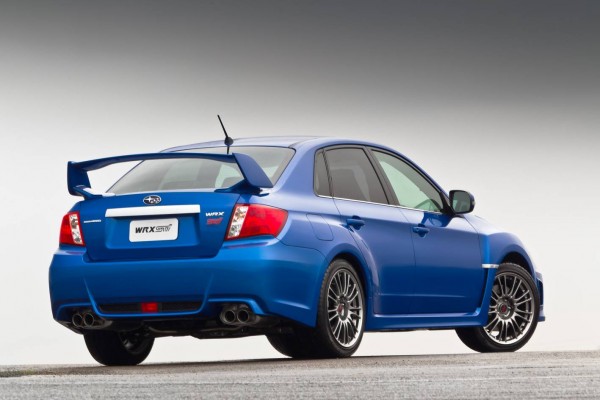 The benefits of having ‘lockable diffs’ becomes obvious the moment you get happy with the right foot, and handy with the wheel. The ability hook up all four wheels brings a level of grip and confidence that is really only evident in cars worth three times the price. Sure, it’ll push understeer if you get on the gas too early, but, if you focus, and use the AWD system the way it was intended – slow in, fast out – you’ll leave your mate’s SS in its tracks.

One standout feature an STI has over the normal Impreza WRX is the ability to change the behavioural characteristics of the engine using the Electronic Throttle Control (ETC) – you can chose between ‘intelligent’, ‘auto’, ‘sport’, and ‘sport sharp’. For most punters, sport sharp will be the mainstay; the other options do come in handy when you feel like saving seals, and various fauna. Slipping the ETC into sport sharp will result in sharpened engine responsiveness – why buy an STI if you want it to feel as if it’s on valium?

Where the WRX feels like a family car with a sporty nature, the STI rides firm and feels mechanically intense, letting you know it’s ready to whip 9/10ths of life out of anything that tries to steal its street-fighter crown… the Evo X included. 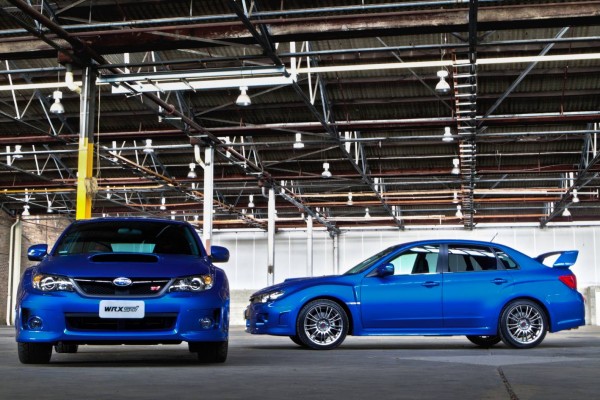 It’s fair to say punters have loved the all-paw grip of the WRX ever since it was released in Oz back in ’94. The famous boxer throb and all-paw grip are its signature. Seventeen years on, the MY11 proves nothing is lost, just a lot finer with age.

If there’s one thing about the STI that will annoy you over the WRX, it’s all the gizmos – you feel as if you need to think about ‘what mode’ you need to be in to get the best out of the car. However, no matter what mode, jam the right pedal into the firewall and the revs rise with great conviction. Boost comes on fast, and with that comes the rush of mid-range torque. Very useful through the twisty stuff.

Gearshifts are direct, but at times, somewhat notchy. Given STI models will no doubt have to withstand more punishment, the fact they feel more ‘mechanical’ is a relief – shifts feel as if you’re not going to be left mid-corner with a cluster of mashed sycnhros. The meaty nature of the STI transmission is a friendly reminder you’re piloting something special. 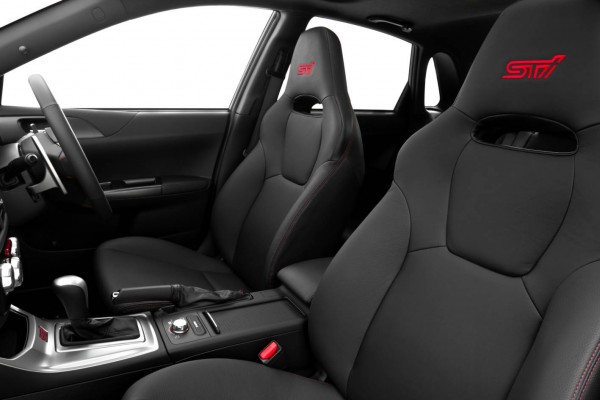 Back in ’08 the public somewhat shunned when the new hatch-only WRX was released, however, like hair out of a moon-sized mole, it grew on them fast. The fact all WRX models now share the same body as the STI does, in our opinion, cheapen the exclusivity of the more expensive bigger brother. However, in a positive twist, it does give the average consumer a feeling his dollar went the distance.

We’re going to make a very bold prediction and bet that Subaru will sell a few less STIs thanks to the wide-body shell being a standard affair with the regular WRX. However, that said, it’s good to see the STI available in both sedan and hatch variants – some thought it’d never happen.

The WRX STI is a performance car that preaches to the masses for a reason. The all-paw road-goer has been around the traps long enough to earn its share of pats on the back. Sure, some models have suffered certain woes at times, thanks to its owners asking too much from what’s actually capable from a factory setup, but in 2011, it seems Subaru has taken this into consideration and developed a much stronger unit.

CONS
Feels almost too serious for everyday use,  Evo X owners will hate you