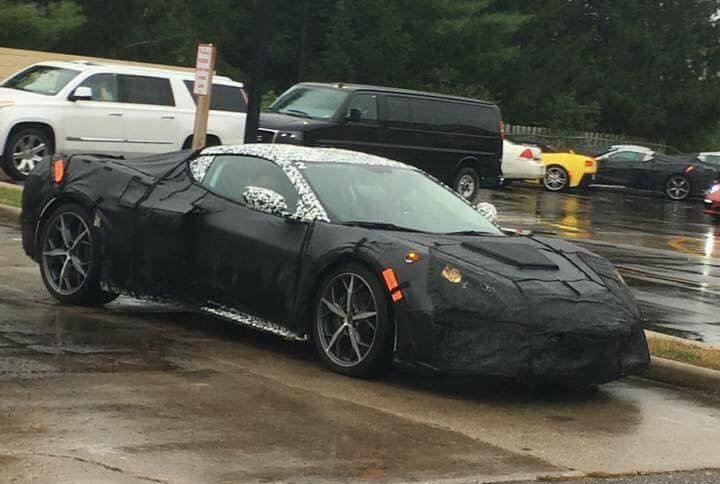 A prototype version of the next-gen, 2019 Chevrolet C8 Corvette has been spotted out and about in the US, showing hints of its much-rumoured mid-engined layout.

The prototype, thanks to these images posted up by Autoevolution, shows a clear supercar-like body, with a much longer rear end than the current C7 Corvette. Some of the overall length seems to be taken from the front end too, with a stubbier bonnet than the current model.

According to plenty of rumours that have been floating around over the past year or so, Chevrolet is looking to shift the Corvette into more serious ends of the market with the C8 model. This could pitch it up against of the world benchmarks, including the Porsche 911 Turbo and even Ferrari 488.

In fact, prototypes were reported spotted testing along side a Michigan, company-registered Porsche 911 Turbo S recently, suggesting Chevrolet has bought one and is looking firmly at it as a benchmark.

Switching to a mid-engined layout for the first time after decades of front-engined heritage, the C8 Corvette is set to really step up in terms of driving dynamics, speed, and power. Details on the engine are still a little hazy at this stage, but most of the speculation points to the new LT5 unit.

The Chevrolet LT5 is known as GM’s beaut new double overhead-cam V8 unit, potentially featuring a supercharger or twin-turbo system for the flagship models to take output out to around the 520kW mark. There are rumours that say the engine might be naturally aspirated for the C8 to help with overall balance.

Other high-end features are likely, such as trick racing-inspired suspension, carbo fibre aero parts, and carbon ceramic brakes. Given the model is still heavily camouflaged and in prototype form, a full market entry probably won’t take place for another 12 months or so. 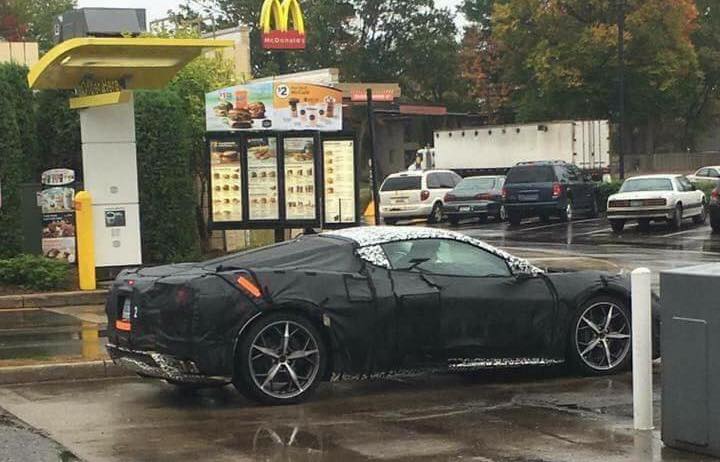