The world record for the fastest Audi S4 B8 has just been broken in Canada. The Audi S4 is already a fast car, however, with some help from a list of AWE Tuning parts they can clearly become even faster. 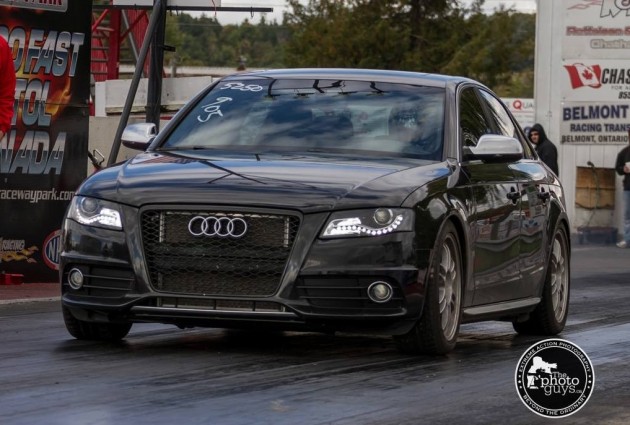 Jeff Jones, the owner of this Audi S4, recorded the pace-setting time of 11.61 seconds at 119.12mph (191.8km/h) last Saturday, making his car the fastest S4 in the world according to AWE. In factory condition the 2012 Audi S4 produces 245kW and 440Nm from its 3.0-litre supercharged V6. Nor Jeff or AWE have announced how much power this heavily-modified S4 makes, but you can bet your last dollar it produces a lot more than 245kW.

Upgrades to the Audi S4 include an AWE Tuning stage 2 pulley kit with G.I.A.C. stage 2 performance software, a touring edition exhaust, B8 3.0T resonated downpipes, a ColdFront heat exchanger, ColdFront coolant pump, ColdFront reservoir, and G.I.A.C. S-Tronic transmission software. AWE Tuning has all of the listed upgrades available to order through its website.

As you can see by the image, Jones has also modified the suspension, featuring a lower and more hunkered down stance, and sourced a set of new wheels more suited to motorsport. He said:

“I’ve been using the AWE Tuning/GIAC Stage II upgrade for almost 20,000 miles. Not only is it extremely powerful, but has also proven extremely reliable, and enjoyable year round. My best pass was my last pass of the day, this was after 10-plus consecutive passes.”

Here’s a breakdown of the times as shown in the printed time slips below: 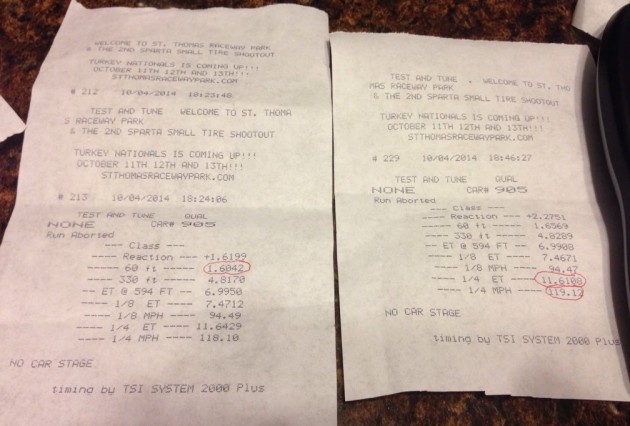