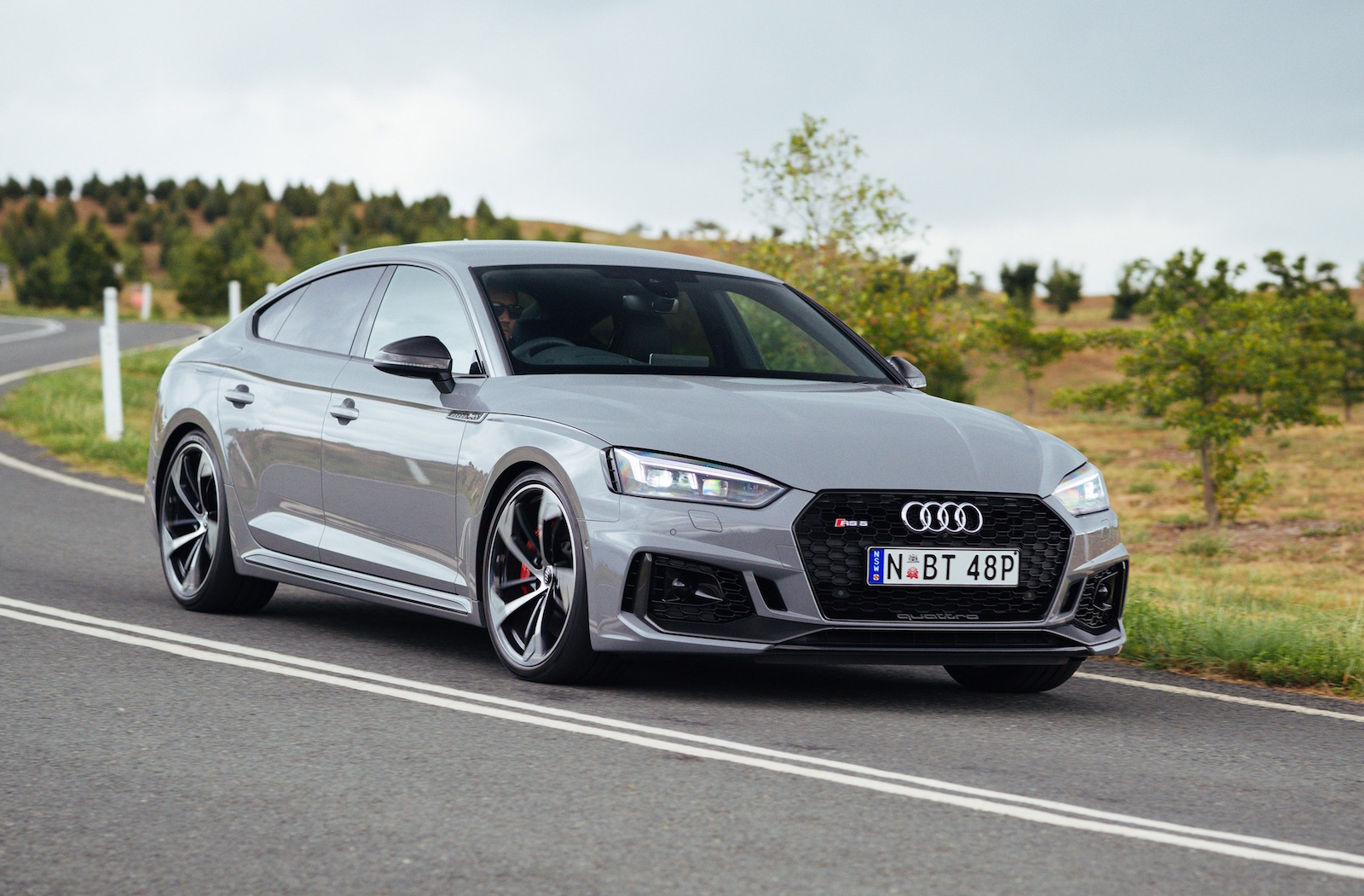 Audi Australia has launched the first-ever Audi RS 5 Sportback, giving buyers of four-door coupes a slick and powerful new option in the market. 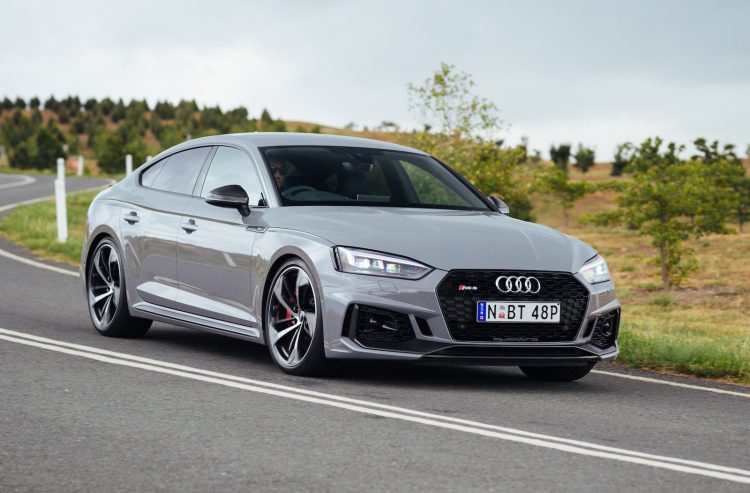 Based on the sharp new A5 Sportback, the RS 5 version is tweaked and tuned by the Audi Sport performance division (formerly known as quattro). Power comes from a 2.9-litre twin-turbo V6 engine that develops 331kW and a strong 600Nm. This is sent through an eight-speed tiptronic automatic transmission.

Across the usual 0-100km/h sprint, the sleek sedan stops the clock in just 3.9 seconds. This is helped by the advanced quattro all-wheel drive system, which distributes torque 40:60 to the front and rear axles. There’s also a sport differential at the rear to help with cornering, while an RS sports exhaust ensures a spirited soundtrack is heard.

Despite the excellent performance, fuel consumption on the combined cycle is rated at a respectable 8.9L/100km. Efficiency is heightened by turbochargers that are mounted within the V of the cylinder banks, along with dual-branch injection that includes central direct injection.

The Audi RS 5 Sportback is not all about the engine though. Special work has been carried out on the chassis and suspension to ensure it handles better than any other A5 model. Both the front and rear axles adopt a five-link suspension setup, with Dynamic Ride Control dampers at all four corners.

As for the design, the RS 5 Sportback is one sleek machine. Audi’s crisp styling language is enhanced by bespoke front and rear spoilers, a large black mesh grille at the front, unique 20-inch alloy wheels, and the fashionable quad-outlet exhausts at the back surrounded by a subtle diffuser. 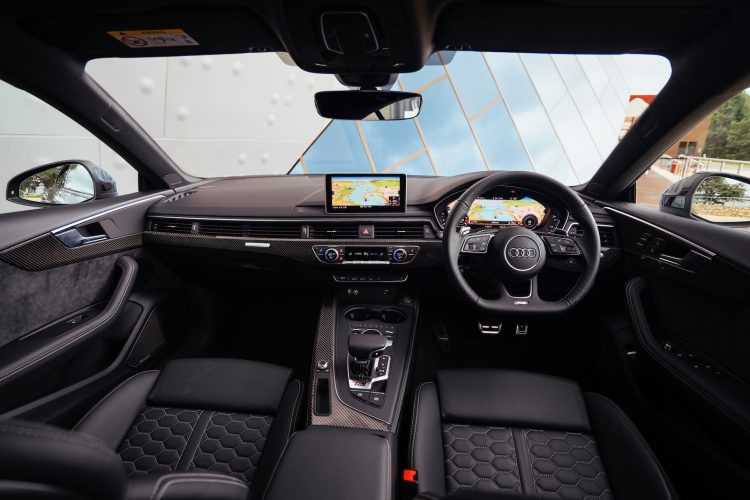 Inside, passengers are treated to cutting-edge connectivity and multimedia technology. There’s Audi’s virtual cockpit with a fully digital instrument cluster, a wide-screen media display for the dash, with sounds pumped through a premium Bang & Olufsen 3D sound system. The driver and front passenger are cradled in lush sports seats, with similar seats in the back, and buyers can opt for carbon fibre, Alcantara and matt aluminium trimmings.

The 2019 Audi RS 5 Sportback is on sale in Australia now with prices starting from $157,700 (excluding on-roads). This is the same price as the RS 5 Coupe two-door version.