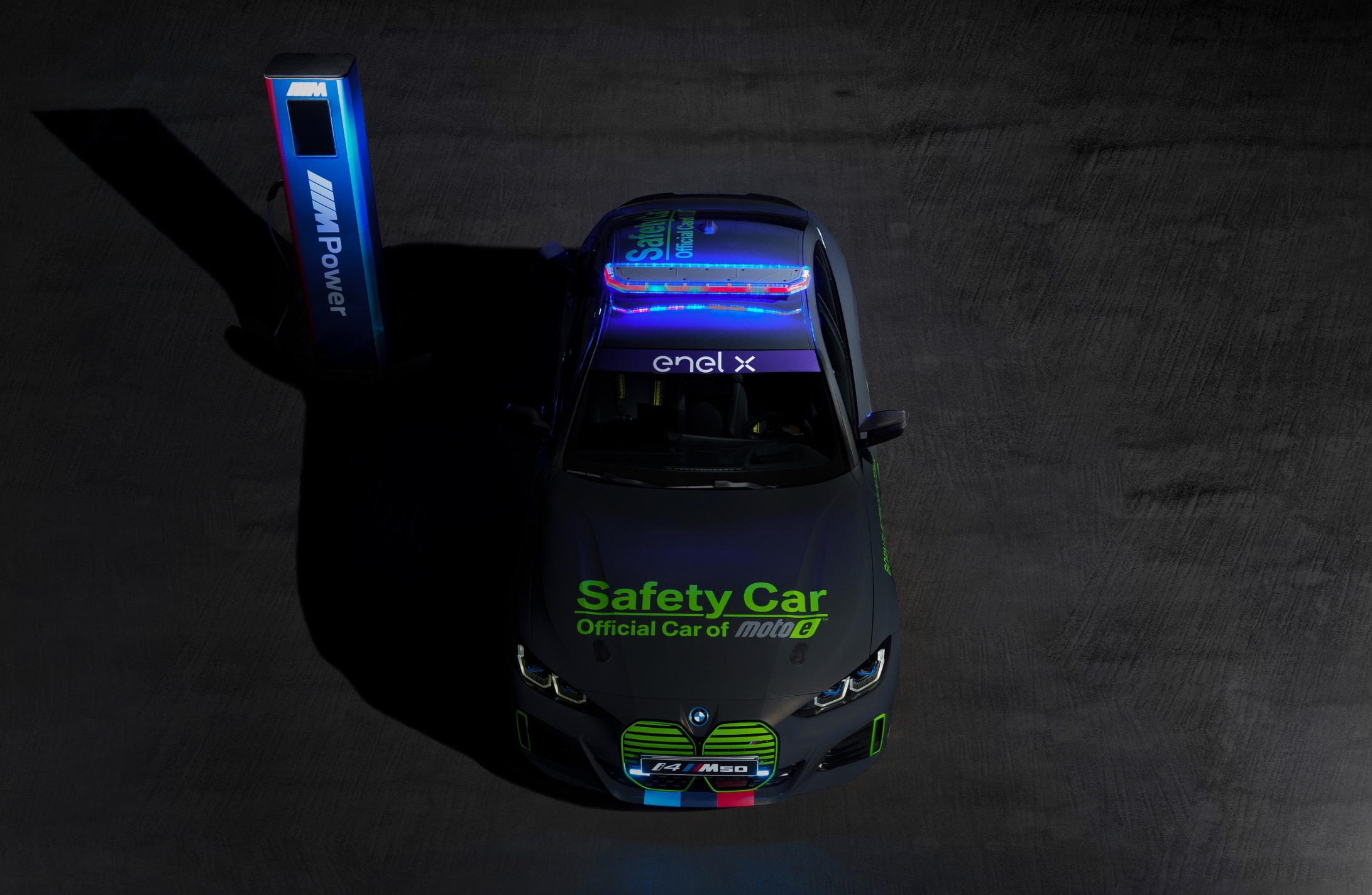 BMW has confirmed that the i4 M50 will become the first fully-electric safety car for the MotoE championship, replacing the BMW i8 as the official safety car of the electric motorcycle class of the MotoGP Grand Prix calendar. 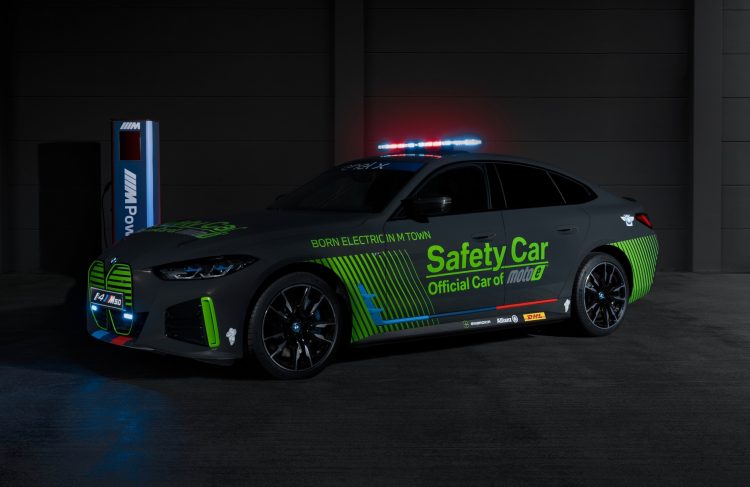 For the unaware, the MotoE mirrors that of Formula E as a hardcore series featuring some of the best motorbike riders in the world, piloting high-speed electric motorbikes. While they weigh around 60 per cent more than the equivalent 1000cc MotoGP bikes, MotoE bikes still sprint from 0-100km/h in less than 3.0 seconds and reach speeds in excess of 250km/h.

Organisers of the MotoE series often pit riders against one another on short, tighter circuits than the majority of the MotoGP season to ensure the most exciting racing possible, meaning there’s a high likelihood race stewards will be calling out BMW’s new official safety car on more than a few occasions.

“With the BMW i4 M50, we are entering a new era and presenting our first M with a fully-electric drivetrain,” said Markus Flasch, BMW’s M division CEO. “We are showing that everything people have come to value about M – the typical emotion M driving experience with sportiness, power and dynamics – is also possible in a fully-electric vehicle.” 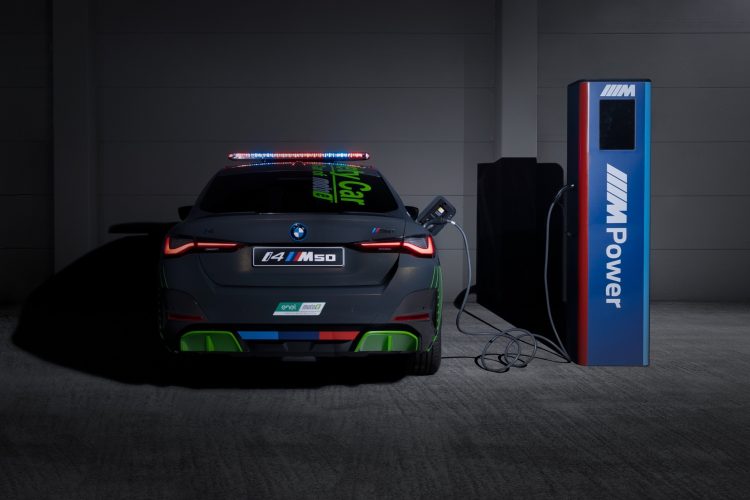 He concluded by stating that there could not be a more appropriate safety car for MotoE than the BMW i4 M50, offering pure performance in a fully-electric format.

The BMW i4 M50 was announced for Australia just a few weeks ago (arriving first quarter of 2022), featuring a dual electric motor design that pushes out 400kW and 795Nm, sent to all four wheels. That translates to a 0-100km/h sprint time of 3.9 seconds. Power is fed to those electric motors from an 84kWh battery pack which offers a WLTP-rated range figure of 510km. BMW prices the i4 M50 here in Australia from $124,000, before on-road costs.

The i4 M50 safety car is set for its official debut at the FIM Enel MotoE World Cup at the Motorcycle Gran Prix of Austria on August 15, where it is set to officiate a weekend of heart-stopping action at the Red Bull Ring.