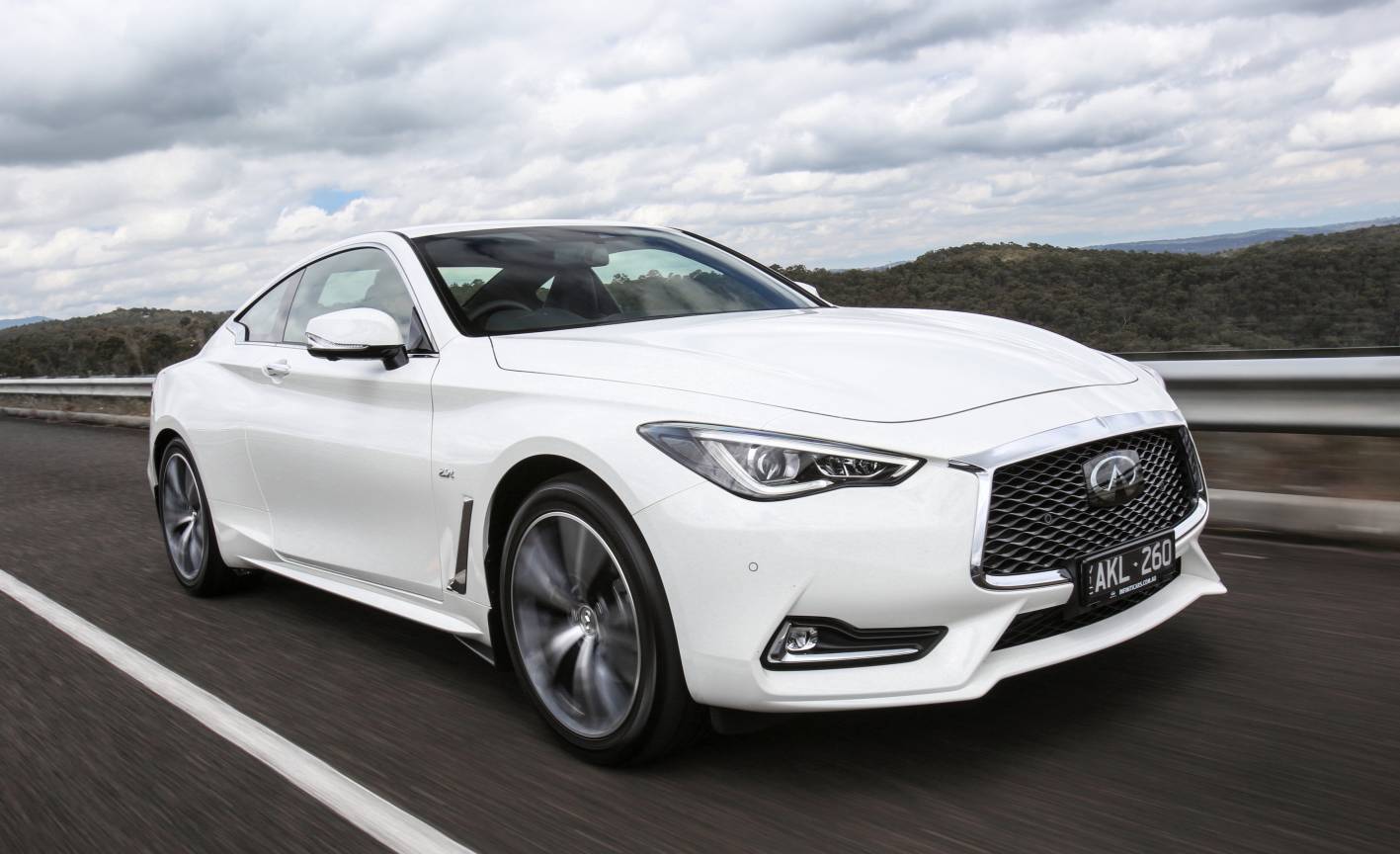 The new Infiniti Q60 sport-luxury coupe has touched down in Australia in 2.0T form, with the impressively-powerful Red Sport 3.0TT arriving early next year. The Q60 is the successor of the G coupe. 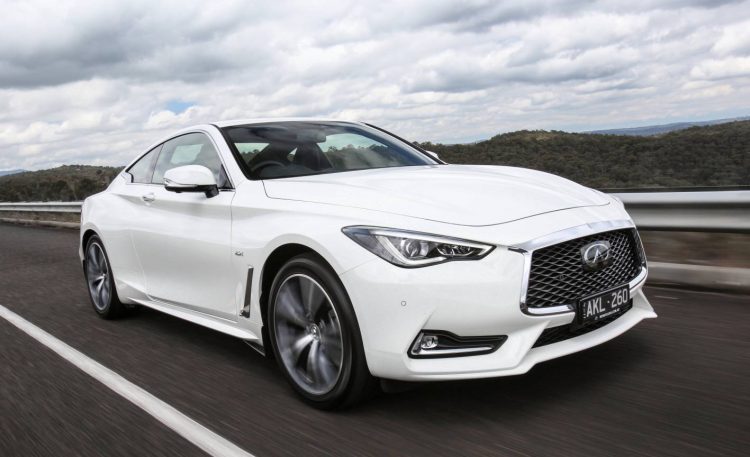 Infiniti has given its latest coupe a distinct design synonymous with the Japanese brand. At the front are sharp details with the headlights angled toward the protruding chrome-trimmed grille, with an integrated front lip spoiler lower down and some aggressive fog light clusters.

Under the bonnet local buyers will first be offered the 2.0-litre turbo-petrol four-cylinder engine producing 155kW and 350Nm. It consumes 7.7L/100km on the combined cycle while offering a respectable 0-100km/h sprint time of 7.3 seconds.

As standard, the base-spec GT comes with Rack Electronic Power Steering which, Infiniti says, offers an in-control driving experience with various driving modes to choose from. All models come with a seven-speed automatic with rear-wheel drive in Australia.

Perhaps the most exciting news is the arrival of the 3.0-litre twin-turbo V6 Red Sport variant. It comes with the potent V6 that debuted in the Q50 sedan recently, belting out 298kW of power and 475Nm. It arrives in March. See below for all starting prices (excluding on-road costs):