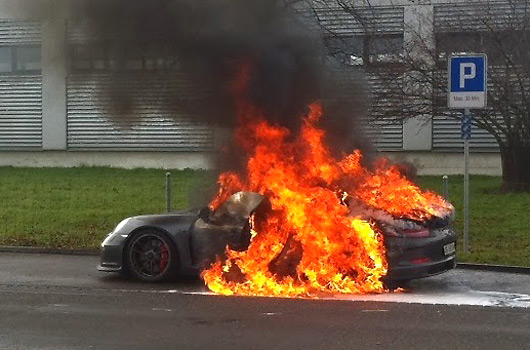 It started off with a few rumours but now Porsche has confirmed it has stopped selling the epic new 991 Porsche 911 GT3 due to reports of various spontaneous fires.

“We have asked dealers to stop selling the 911 GT3 until we can analyse reports of engine problems in a very small number of vehicles.”

Those interested in buying a GT3 shouldn’t fret though, as we all know, a true sports car isn’t a sports car until a recall has been prompted due to fire risks.

You may remember the countless Lamborghini Gallardo fires that broke out a couple of years back, causing a recall, and the Ferrari 458 which also got notoriously hot in all the wrong areas at all the wrong times.

An official recall could be initiated in the near future.