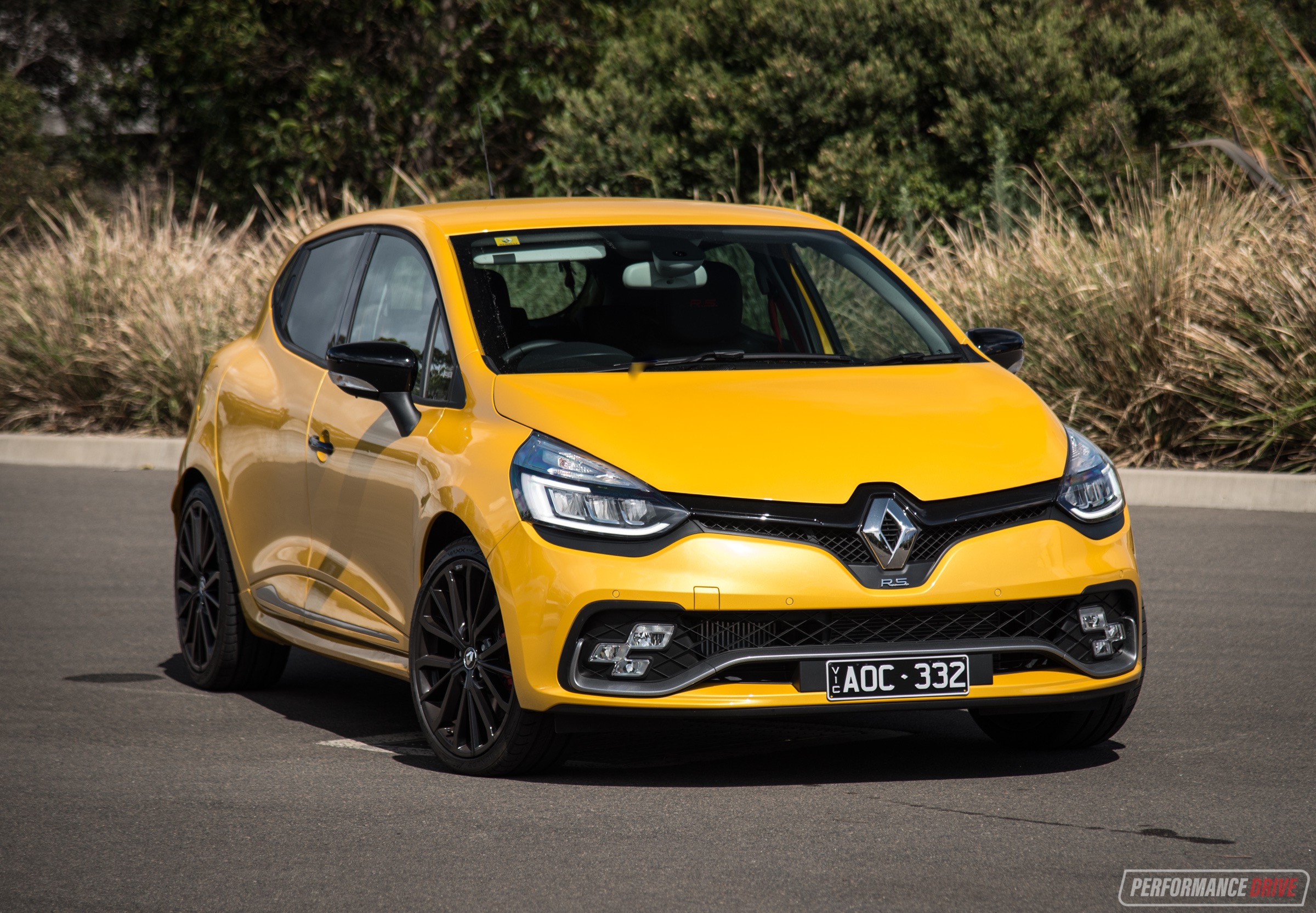 It’s been five years since the Renault Clio hit our shores with its third-generation cohort. Now, with a mid-life update for the R.S. French pocket rocket you can expect to see much of the same fun that has proven to be a winning formula for enthusiasts. Aesthetics and equipment have been slightly reformed, and engines remain much the same. 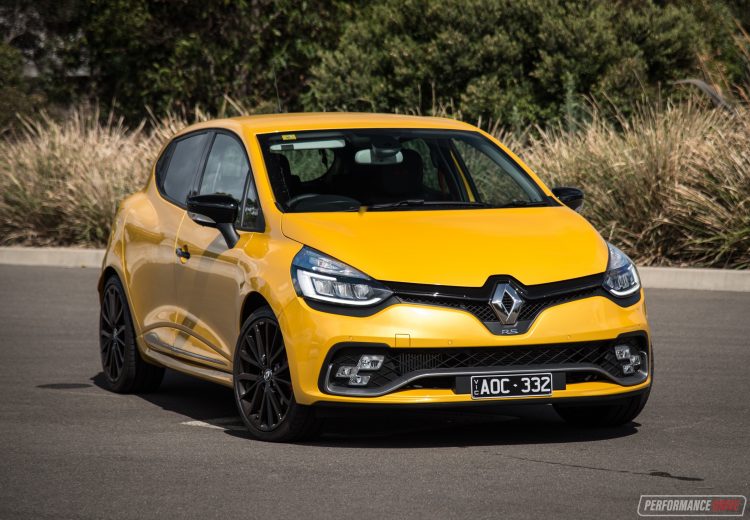 The Clio lineup is a little convoluted but covers a big chunk of the audience. Starting at the cheapest, you have the Life, then the Zen, Intens, GT-Line, and at the top, the sporty R.S. models. Within the Renault Sport label you can choose the 200 Sport, the 200 Cup (as tested here), or the range-topping 220 Trophy. All models except the base Life are equipped with a six-speed dual-clutch auto transmission as your only choice.

Interestingly, only models that hold the R.S. badge are actually built in Renault heartland, France. All other models are built in Turkey. Throughout the range, there are three engines. This 200 Cup is showcased with a 2.0-litre petrol turbo four-cylinder engine, which produces 147kW and 260Nm. Prices kick off at $16,990, and double to $32,490 for the 200 Cup, plus on-road costs. The top 220 Trophy retails from $38,990. 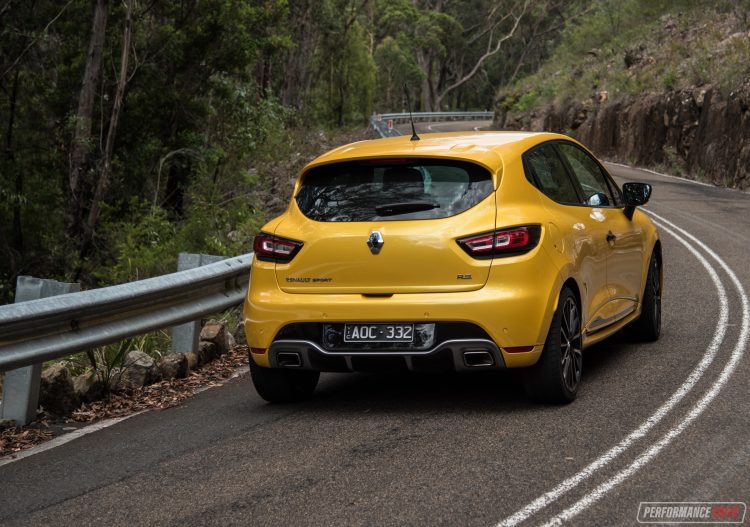 $32k might sound like a lot of dough for a compact hot hatch, but it actually undercuts many others on the market when you look specifically at the price-to-fun ratio. The only issue is, it’s quite a small hot hatch. But that might be just what the doctor ordered for some thrill seekers and you tend to feel more connected and at one with the car. Nevertheless, if you like your creature comforts and advanced safety tech, you might be a little disappointed in comparison to some rivals.

It misses out on some crucial technologies like autonomous emergency braking, blind-spot monitors, Android Auto and Apple CarPlay, full leather seats, radar cruise control, and you only get a four-speaker sound system. Fair enough that some of these features are excluded as it is designed to be a dedicated driver’s car, but some aren’t even available as an option.

Exterior-wise, styling is still very much up to the modern standards, in its individual French way. Even the lower spec models look slick with the smooth sheet metal design and ‘invisible’ rear door handles, which all goes perfectly toward conveying an athletic and fun-natured Euro car. We especially like the distinct checked flag shaped fog lights too. 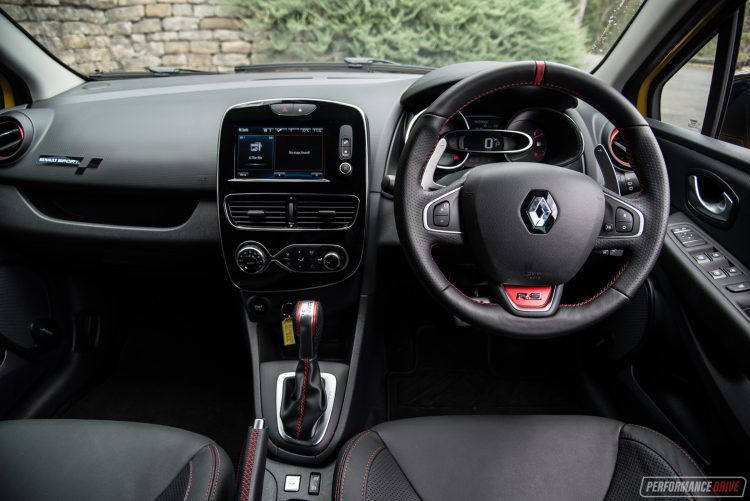 Unfortunately, we haven’t got a lot of positives on the interior. Most plastics feel cheap, and the visual appeal leaves much to be desired. It needs higher-resolution info screens, a faster reacting touch-screen and easier menus, and more premium feel surfaces. Our test example had a notable rattle in the rear, and the doors slammed shut with an ugly pre-2000s Hyundai Excel thud.

Either the neglect in design also spreads to the practicality of the interior or Renault likes to do things a bit differently. For example, the air-con button does not light up when it’s on, so it can be difficult to know if it’s on or off. Apparently, water draining clockwise isn’t the only opposite thing in the northern hemisphere. Buttons that are conventionally on the steering wheel in most cars are instead on an extra stalk that sticks out the back of the steering wheel in the Clio. You can’t see what the buttons do at first, so you need to memorise them before you drive. Oddly, the cruise control on/off button is down on the console, with vague buttons on the steering wheel to set the speed. It’s like the interior designers ran out of room or simply forgot about things and then added them at the last minute. It’s certainly the most thought-provoking interior in the class, put it that way. 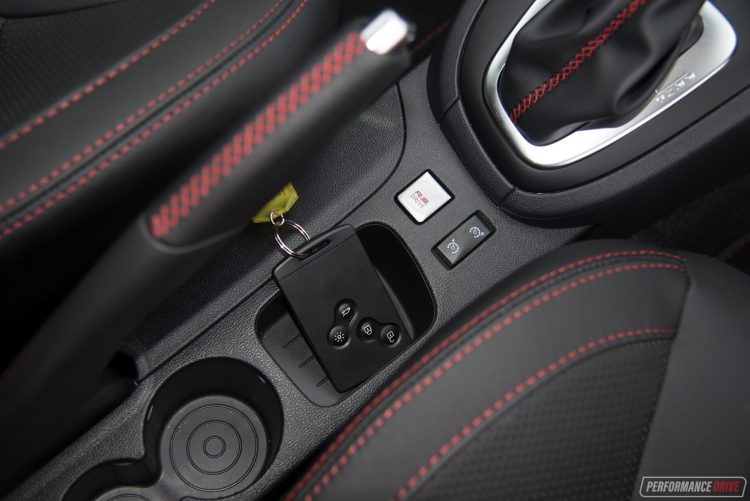 Regrettably, practicality in the Clio needs a second paragraph here. But this one will surprise readers. There are no cup holders throughout the entire cabin. That’s right. None. Some will argue that there are two in the centre console, but they are so small they are pretty much useless – even a standard can of fizzy drink will have a hard time getting comfortable. Maybe Renault is trying to compensate buyers by offering ridiculously large key fobs/cards to lock and unlock the doors… Because everyone wants a giant key fob bigger than their wallet in their pocket, right?

To more positive aspects of the Clio, the logo-embossed seats are bucketed to provide extra leaning support around corners, with just the basic adjustments to manually customise the position. Naturally, the hot hatch is not designed for big families that need space. Interior space would rate about equivalent to a Volkswagen Polo or Toyota Yaris, but without their practicality, of course.

For those who are looking for a hot hatch with boot space, the Clio measures in at 300 litres. This is slightly bigger than the Volkswagen Polo GTi’s 288 litres. Folding the rear seats will open space up to 1146 litres. For peace of mind Renault Australia does offer a good warranty package, at five years/unlimited kilometres, with capped-price servicing for the first 90,000km. 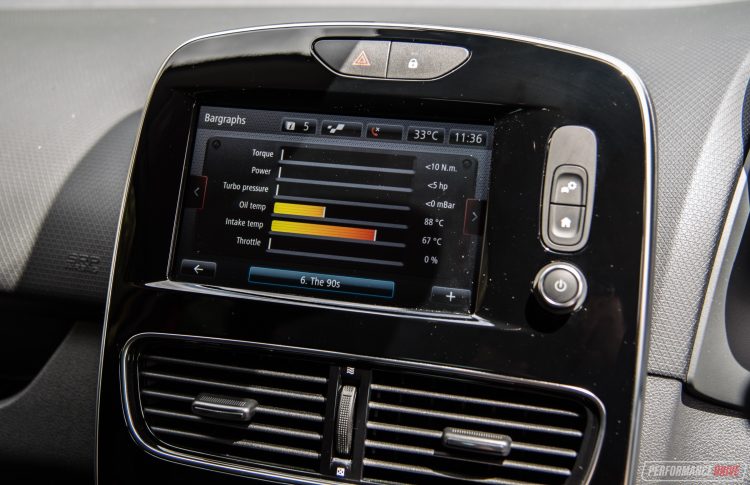 It’s hard to believe the engine fitted to the RS 200 Sport and Cup are not the highest output engines available, as 147kW on offer feels like much more, thanks to its lightweight body and frame that provide a kerb weight of just 1204kg. The amount of zip is worthy of praise for this segment. Renault Sport mode will spool up the turbo and unleash its best side even further, with our 0-100km/h testing clocking the sprint in 6.89 seconds using the standard launch control system (7.03 seconds without).

Straight line speed is one thing, but the overall excitement and crackle and pop of the Clio R.S. is another. It makes you feel like a driving champ behind the wheel, yet it’ll reward those in the know when you really push it. Up through the dual-clutch transmission gears it just climbs speed relentlessly, roaring and barking along the way. We don’t think it’s the most refined dual-clutch auto out there but it does click up through almost instantly, and downchanges are supported by rev-matching in sport mode. Around town it can feel a bit hesitant, particularly if you’re trying to turn from a hilly side street. And yes, a manual option would be nice but the market is no longer demanding these, so it’s difficult to blame Renault for this.

Selecting the sports driving mode will also significantly tighten up the suspension, more so than in other cars. And that’s where the Clio will be loved. It’s ability when thrown around corners and hold itself together makes it such a fun car to drive. It also means that you will feel every bump in the road, but we’re not complaining as the upshot is utterly flat cornering and pure steering precision. The MacPherson strut front suspension and the multi-link setup is where all the efforts have been put into this car. It really does push the benchmarks in this class in terms of cornering capability and speed. On a track, this thing would be a blast.

It’s a pity that you have to settle for Dunlop tyres in the R.S. Cup, because they do struggle a bit in some conditions, especially under full power. The R.S. 220 Trophy receives more competent Michelin tyres, so if track driving performance is a high priority we’d definitely recommend moving up to that if you can.

Fuel economy is not the most important attribute in a car like this, but official figures rate it at 5.9L/100km. Our testing revealed an average of 7.2L/100km, which isn’t too bad at all considering the performance calibre. It does run on a diet of 98 RON fuel and the tank is only 45L, so you don’t end up spending that much at the counter. These figures return a theoretical potential range of 763km, using the official average. 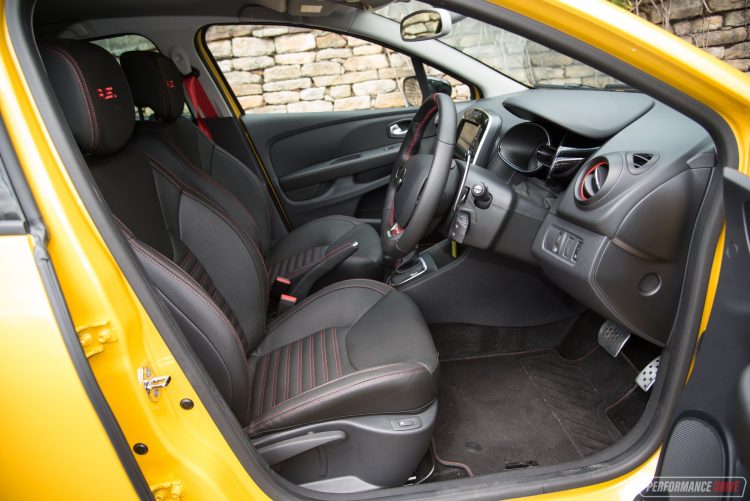 You’ll buy this car for its exhilarating performance and super agile handling. In Renault Sport mode everything flexes for an even more electrifying experience. Even the exhaust sound changes to a vicious growl, adding to its sprouting energy. However, athletics are let down by an inferior interior compared with the rivals in our opinion, and some elements really leave you scratching your head as to how they passed management approval.