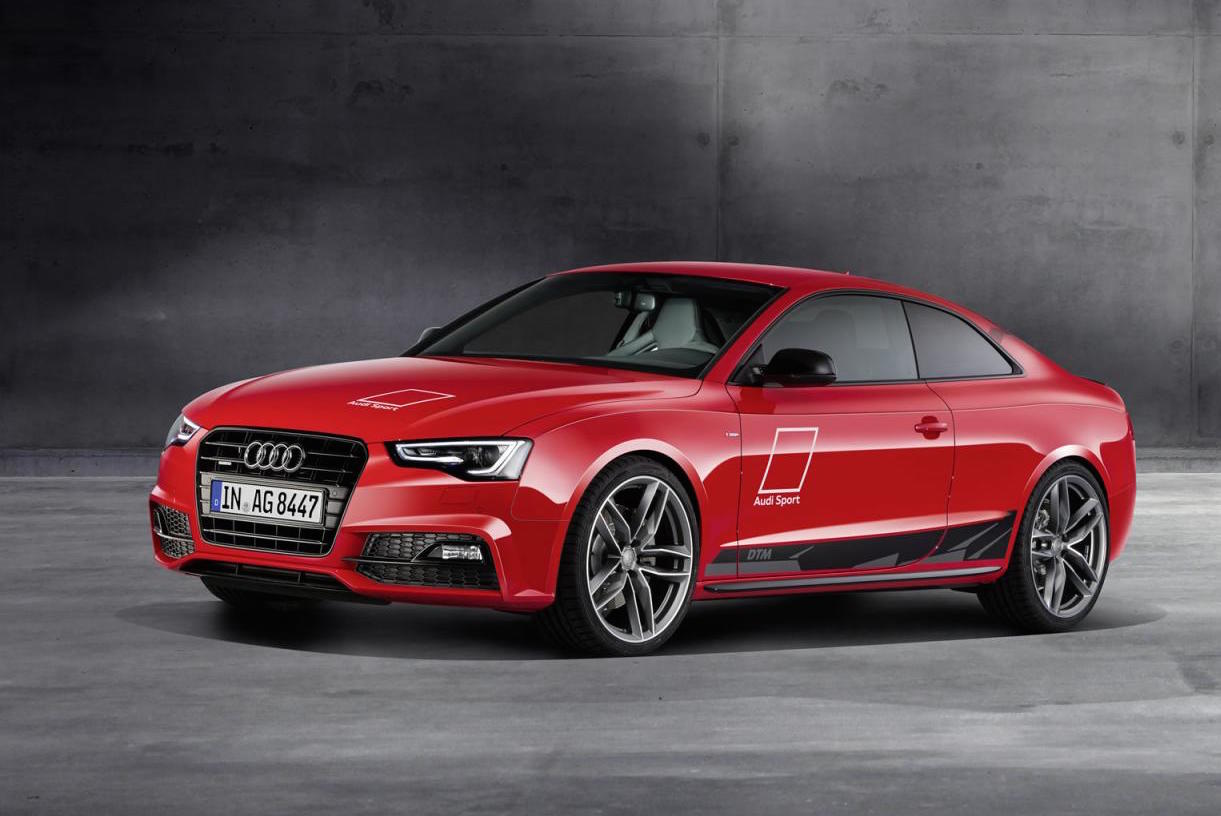 A new special edition Audi A5 has been announced, called the DTM selection. Just 50 examples will be made. It leads into the introduction of the all-new model coming next year. 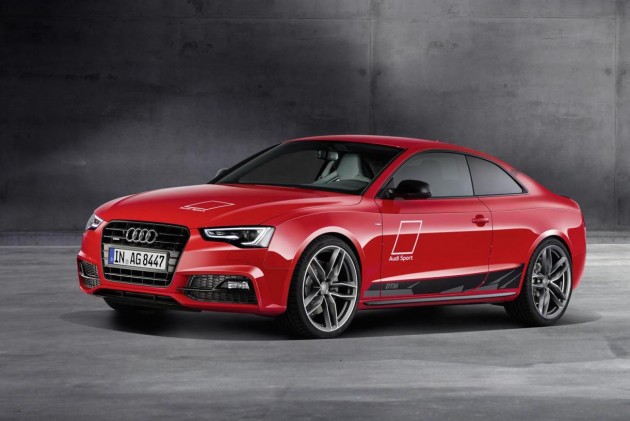 Based on the 3.0 TDI A5, the DTM selection uses a 3.0-litre turbo-diesel V6 engine. Power remains at 180kW but torque is lifted from 500Nm to 580Nm. Sending grunt through a seven-speed S tronic automatic transmission, the A5 can do the 0-100km/h dash in a respectable 5.9 seconds.

Where the DTM edition differs more noticeably is with the styling, inside and out. The body features a unique DTM racing-inspired Misano red colour scheme covered in various DTM and Audi Sport logos.

The exterior also gets a set of 20-inch Audi Sport alloy wheels wearing 265/30 tyres, as well as a revised front end with black grilles, and matching black side mirrors and other black trimmings.

For the interior there’s a set of sports seats taken from the RS 5 performance coupe. These feature Misano red backings. Various other parts are also in Misano red, while the door sills showcase a unique Audi Sport insert, with the DTM logo projected onto the ground via special light effect.

InAudi A5, Audi A5 DTM selection