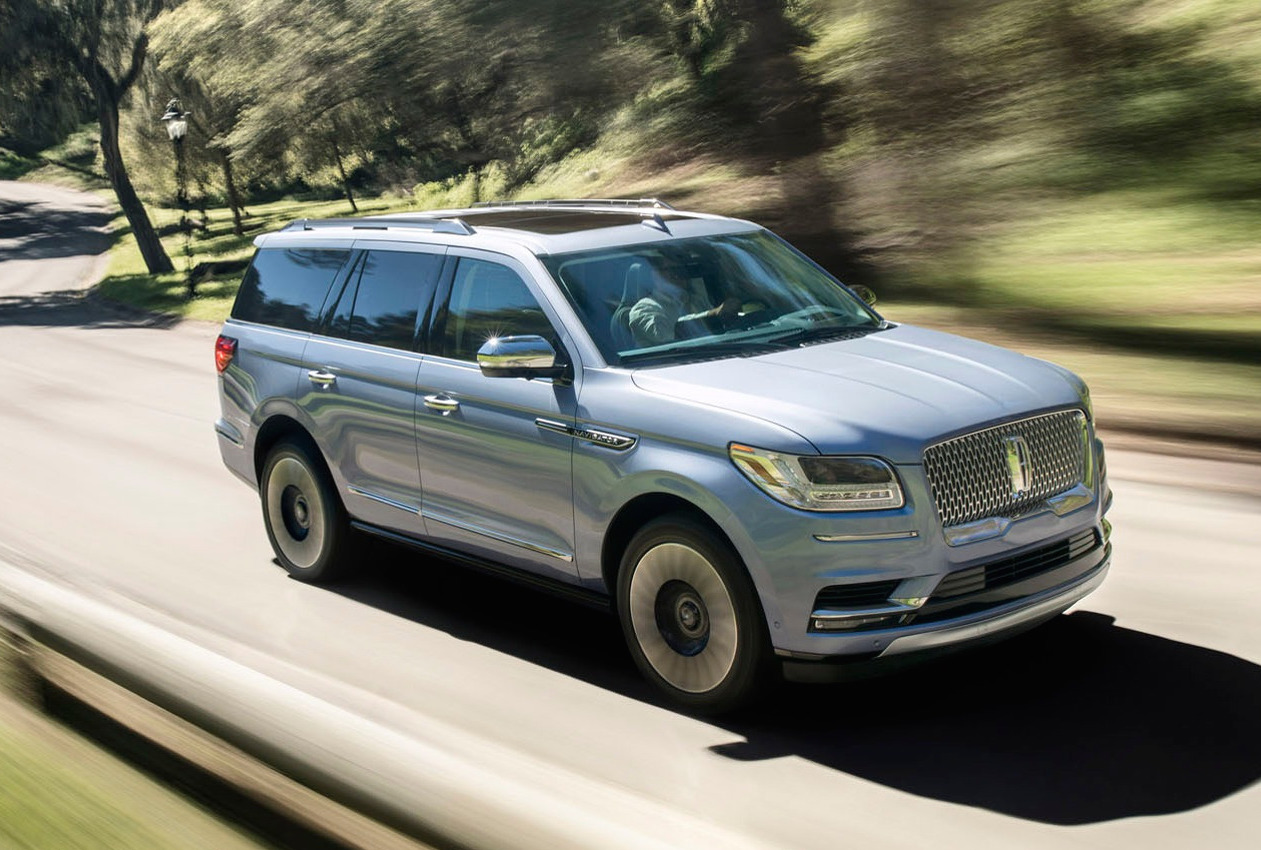 After being previewed by a grandiose concept last year, complete with a large, singular gullwing door, the production version of the 2018 Lincoln Navigator is being shown at the 2017 New York auto show. 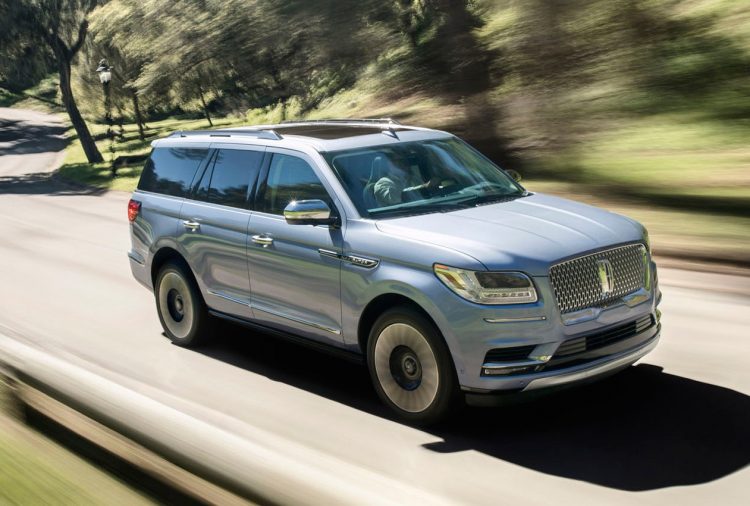 Sharing its body-on-frame platform with the Ford Expedition shown in February, the 2018 Navigator gets a twin-turbo V6 good for about 335kW, joined to a 10-speed automatic transmission.

The exterior carries forth the flashy yet understated styling theme seen on the Continental and MKZ sedans with prominent chrome mesh grille and highlights on mirror caps, door handles.

The interior exudes classic elegance thanks to lashings of blue leather, chrome and a bespoke instrument display with high-resolution graphics, with SYNC 3, and Apple CarPlay and Android Auto. Rear seat passengers are also treated their own climate and entertainment systems. Lincoln chief Kumar Galhotra said of the new SUV:

“Quiet luxury is both a look and a feeling. The all-new Navigator embodies both. The sleek styling, spacious interior and technology are all designed to make each trip effortless.”

The 2018 Navigator competes with the Infiniti QX80 and Cadillac Escalade, and will go on sale in the U.S. later this year.

There are no plans to introduce Lincoln in Australia at this stage, even though its arch-rival, GM’s Cadillac division is often rumoured to be coming back to Australia.