More and more tuners are getting ahold of the awesome new BMW 1 Series M Coupe, with the latest coming from APP in Germany. This may be the best tuning package yet, in both the looks and engine tuning departments. 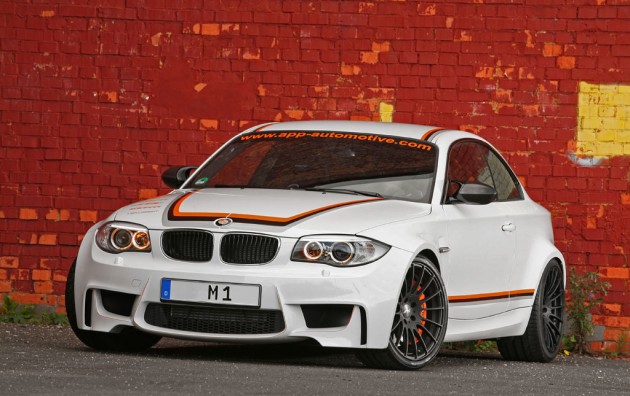 The package consists of an increase in boost, a larger intercooler and a retuned ECU thanks to MR Car Design, taking power levels from the standard 250kW to 302kW – just off the bigger brother’s (BMW M3) 309kW.

The APP BMW 1 Series M Coupe pack also features a full titanium exhaust system that is 50 per cent lighter in weight compared with the original exhaust.

It’s the looks of the APP BMW 1 Series M Coupe that appeals the most though, well, maybe not the ‘most’, but APP has gone for a nice racer look with stickers down the right-hand side of the bonnet and neat orange and black stripes. 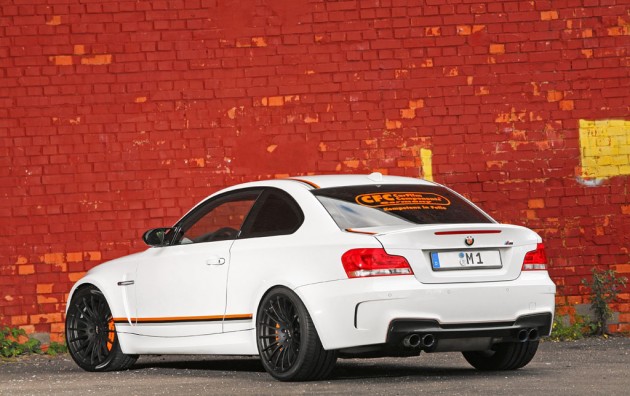 Not that the handling of the BMW 1 Series M Coupe would need any sort of major attention, APP fits a KW Variante 3 coilover suspension kit with full adjustability, just in case, and so you can fine-tune settings for different circuits/street drives.

The KW Variante 3 also comes with a direct digital control (DDC) application which allows adjustments to be made via an iPhone – it could be a pretty neat trick to lower the car while one of your mate is resting on it.

Other revisions include lightweight ATS alloy wheels with Pirelli P Zero tyres, which suit the BMW 1 Series M Coupe and the tuning theme very well. A larger Movit Cer Ceramic braking package tops it all off, including six-piston front and four-piston rear calipers.

Inside, the APP BMW 1 Series M Coupe features a new steering wheel with F1-style shift lights on the rim, while the black and orange colour scheme from the exterior is carried over throughout the interior. 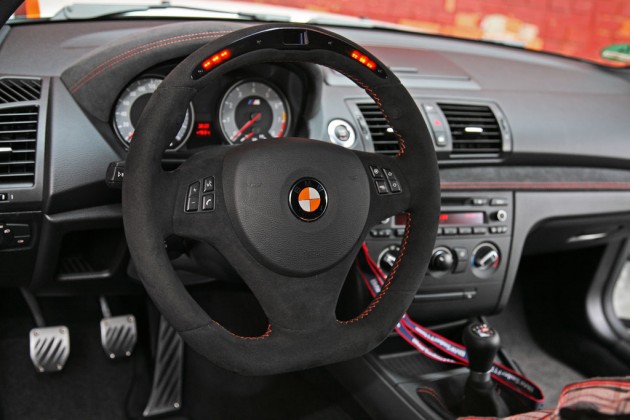 In local news, the BMW 1 Series M Coupe has just been released onto the Australian market. Only 100 were designated for our showrooms but that figure was stretched out to 250.

Rumour has it BMW Australia is now saying that number may be increased once again, depending on market demand; if more buyers are showing interest, Australia’s allocation may be stretched to cater for it.

The BMW 1 Series M Coupe is priced from $99,990 and comes in six-speed manual transmission form only. It is available in three limited colours; orange, black and white.