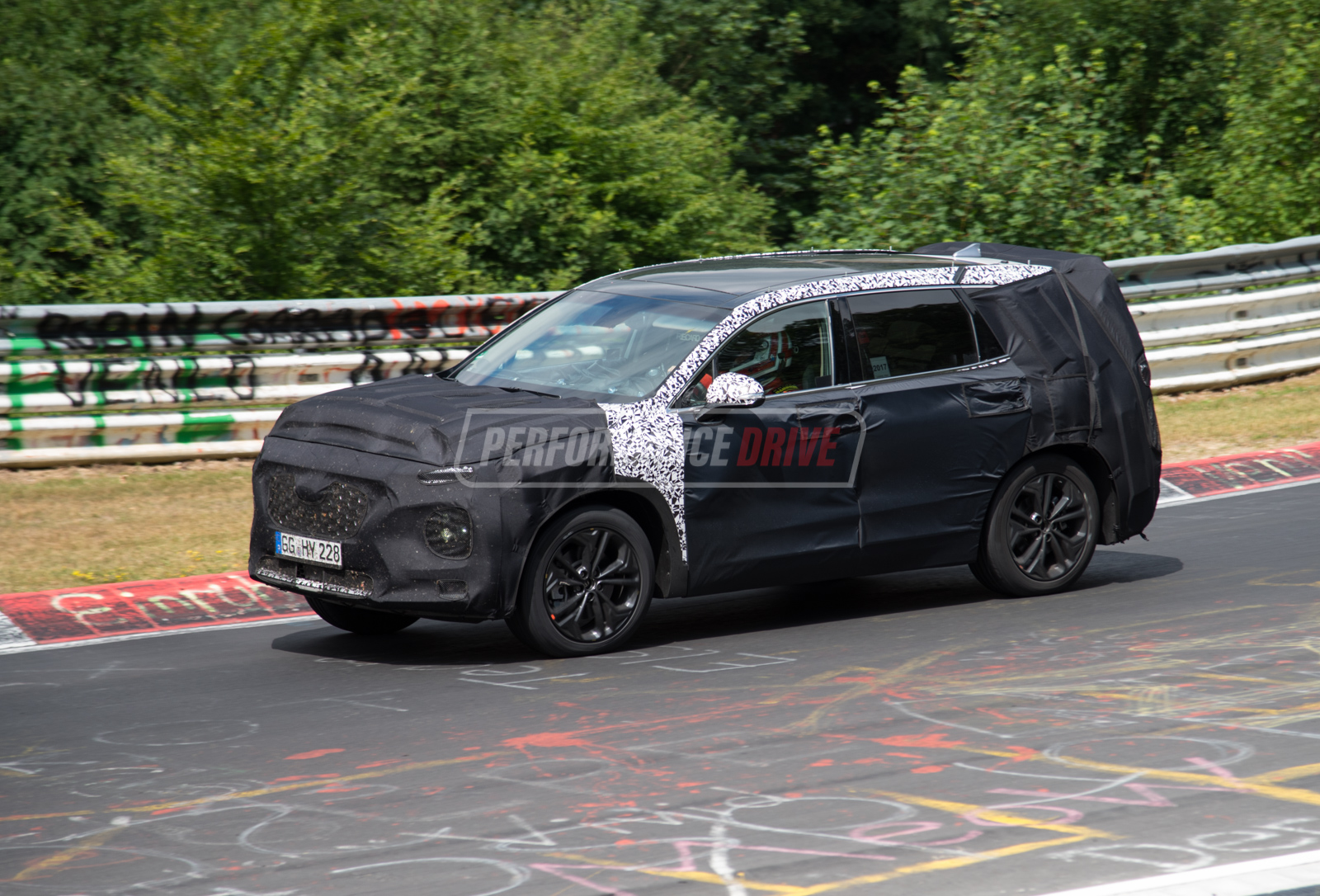 We’ve spotted Hyundai testing the next-generation, 2018 Santa Fe out on the Nurburgring in Germany. And by the looks of it, the body design will receive a major overhaul. 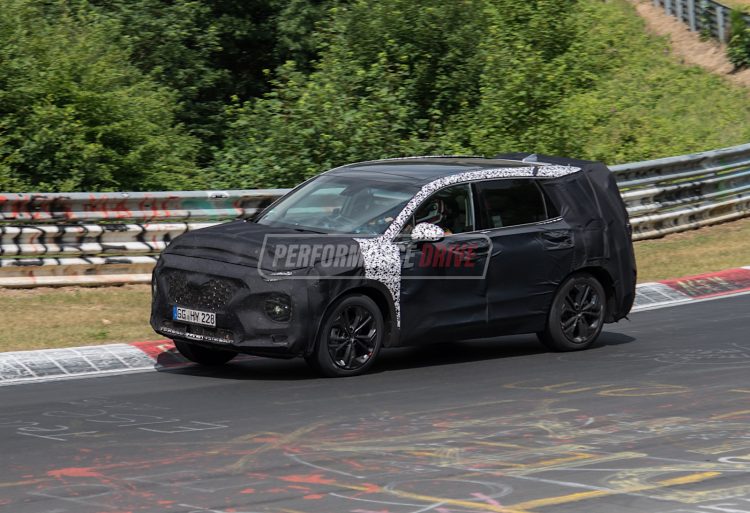 The current, third-gen Santa Fe has been on sale now since 2012 in pretty much the same guise. Sure, there have been some facelifts and updates along the way, bringing in new front grilles and refreshed trimmings, but nothing major.

For the next-gen version it’s set to be a major step. This heavily-clad prototype confirms there is an all-new body coming in which appears more upright and SUV-like as opposed to the crossover shape going on in the current version.

At the front we can expect Hyundai’s new-look grille which was recently introduced on vehicles such as the new i30. This cascading grille provides an impression of width and enhances stance, while either end looks set to receive some advanced headlights with LEDs running along the tops. 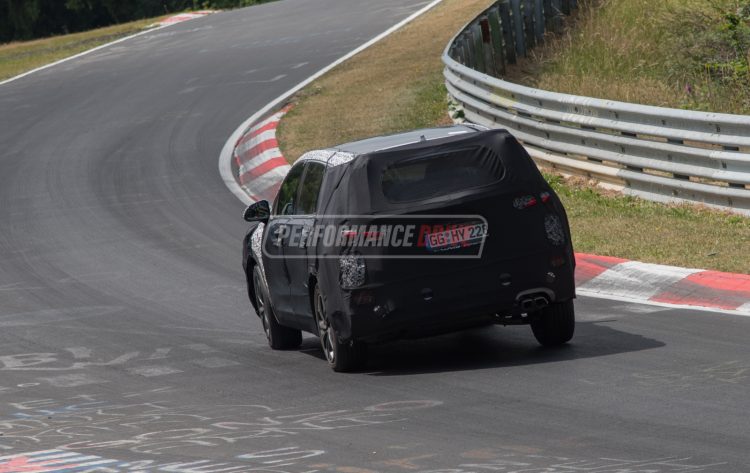 Around at the back the new Santa Fe seems taller with a higher waistline, with sporty twin-outlet square-tip exhausts poking out underneath. The taillights look like they will come in for a modern makeover, with evidence of horizontal LED strips running across, likely in a similar shape to those on the Tucson.

In terms of the powertrain tech, it is too early to know for sure. We’d expect a similar lineup as offered on the current model, including a petrol 2.4, a turbo-diesel 2.2, and a 3.3-litre V6 petrol for the flagship. Hyundai might decide to swap the 2.4 for its 2.0-litre turbo-petrol this time around, offering 180kW in the current Sonata. A hybrid is also rumoured, potentially using technology from the IONIQ.

Since it is only early days and this is one of the first prototypes to be spotted at the Nurburgring that we know of, we don’t expect a full debut for at least 12 months. Check out our quick spy video for more.