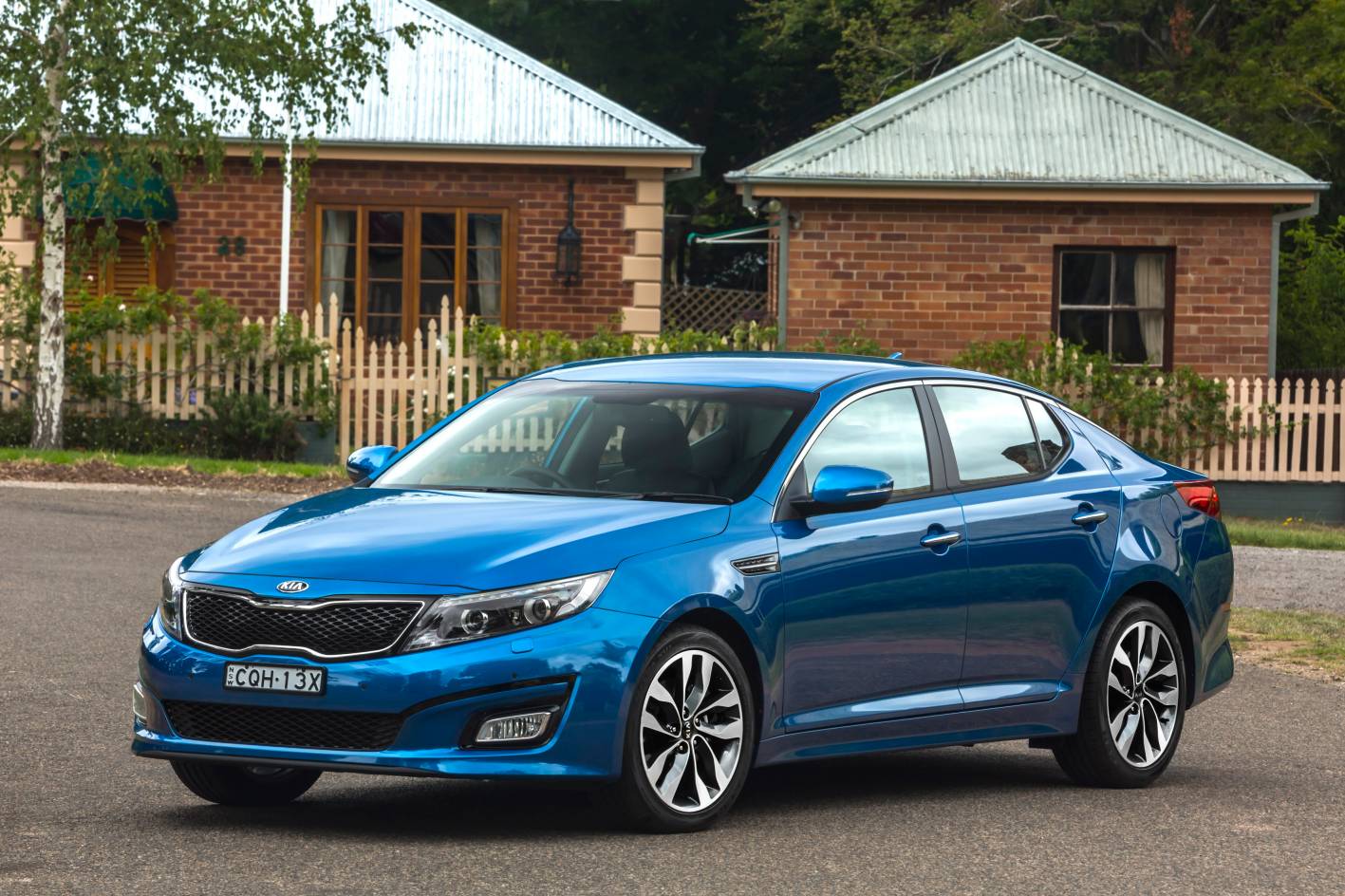 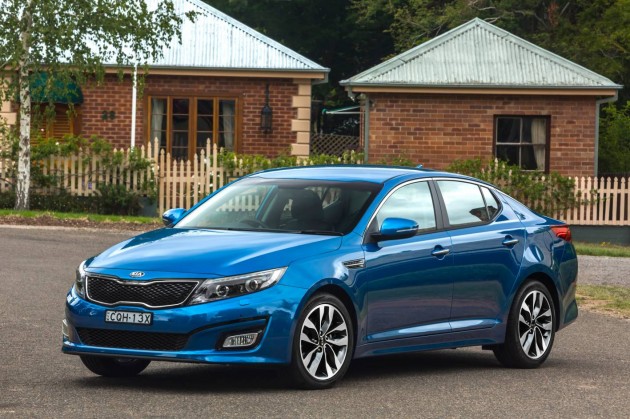 Upon first impressions it might be a bit difficult to spot the styling updates. At the front there’s a new fascia, updated headlights and fog lights, and a set of LED daytime running lights with static cornering lights.

Around at the back there’s a new diffuser setup, a facelifted centre fascia area, and a sweeping boot lid with its own functional aero lip on the deck. A set of 18-inch machine-finish alloy wheels complete the picture for some variants. 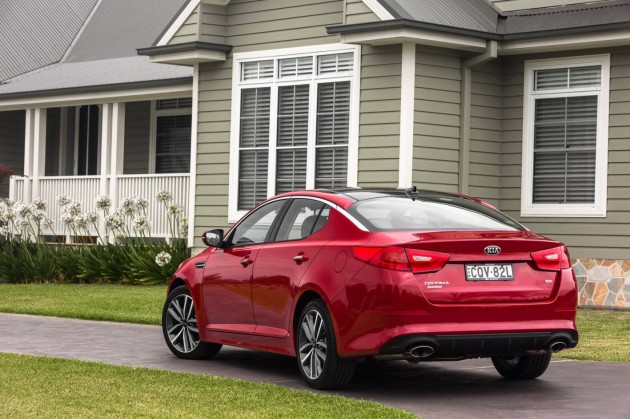 Inside, passengers are presented with updated, more comfortable seats with larger hip-supporting bolsters, heating and cooling functions for the front pair, a new steering wheel for the driver, while the dash is now decorated in satin trimmings replacing the outgoing chrome layout.

As for safety, the 2014 Kia Optima comes with blind spot warning for the first time. Coinciding with the technology, the Optima also gets rear cross traffic alert to warn the driver of approaching vehicles when reversing out from car parks.

Under-bonnet bits remain unchanged from the outgoing model. This includes the 2.4-litre GDI naturally aspirated four-cylinder engine, which continues to produce 148kW of power and 250Nm of torque.

The engine is backed by a six-speed automatic transmission feeding power through the front wheels, and offers an average fuel economy rating of 7.9L/100km.