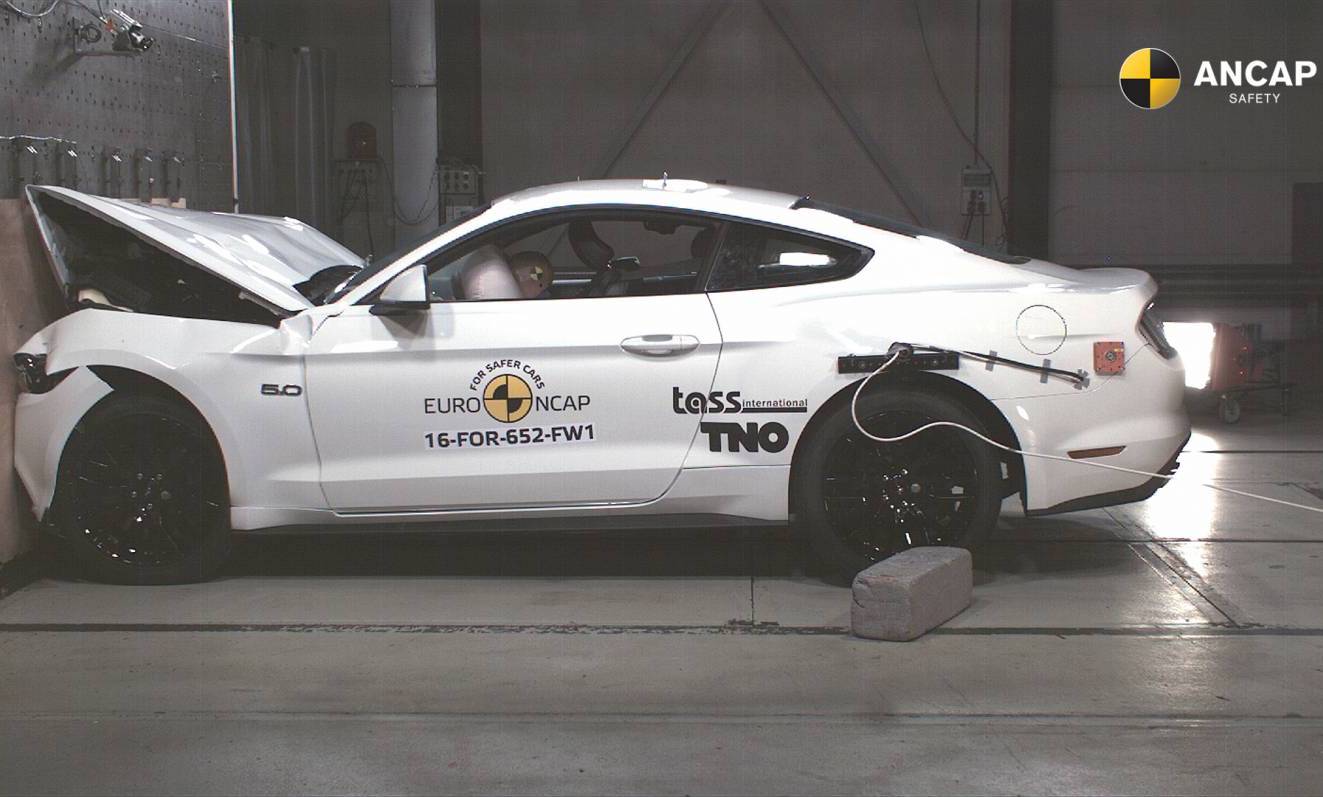 In the latest round of ANCAP crash testing analysis, the 2018 Ford Mustang, which hits the Aussie market very soon, has been upgraded from its previous two-star safety rating to a three-star rating. 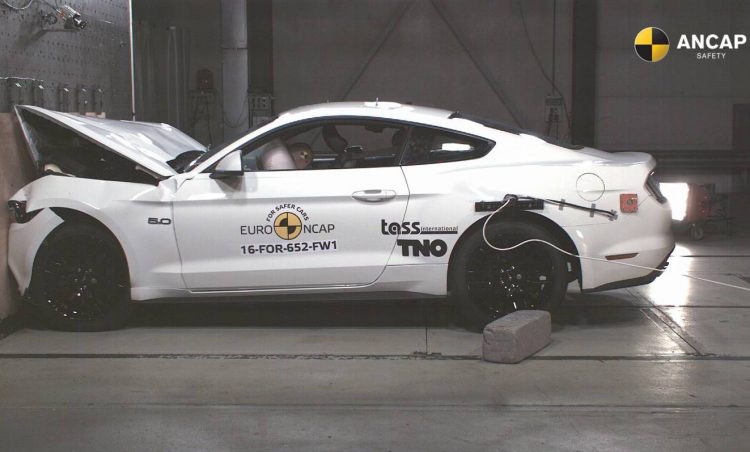 It is an improvement but still well short of the industry standards. Helping the muscle car jump from two to three stars comes thanks to the fitment of autonomous emergency braking, forward collision warning, and lane support systems, which are now standard.

With these tech updates, the 2018 Mustang improved its Safety Assist score from just 16 per cent to 61 percent. The Pedestrian Protection score also stepped up fro 64 per cent to 78 per cent. However, this is not good enough for a five-star rating. ANCAP CEO James Goodwin said:

“Structurally however, the revised Ford Mustang is identical to the Mustang we originally rated, meaning it still falls short of our expectations in the areas of Adult Occupant and Child Occupant Protection. The inclusion of driver assistance aids such as AEB and lane keep assist is a definite step in the right direction, yet these upgrades have neglected to address the injury risk posed to rear seat occupants as well as whiplash protection.”

Ford is launching the new model in the coming days. It boasts a number of new features, including an uprated 5.0-litre V8 engine, a new 10-speed automatic option, and revised styling inside and out. These changes should help the Mustang continue as the best-selling sports car on the market.