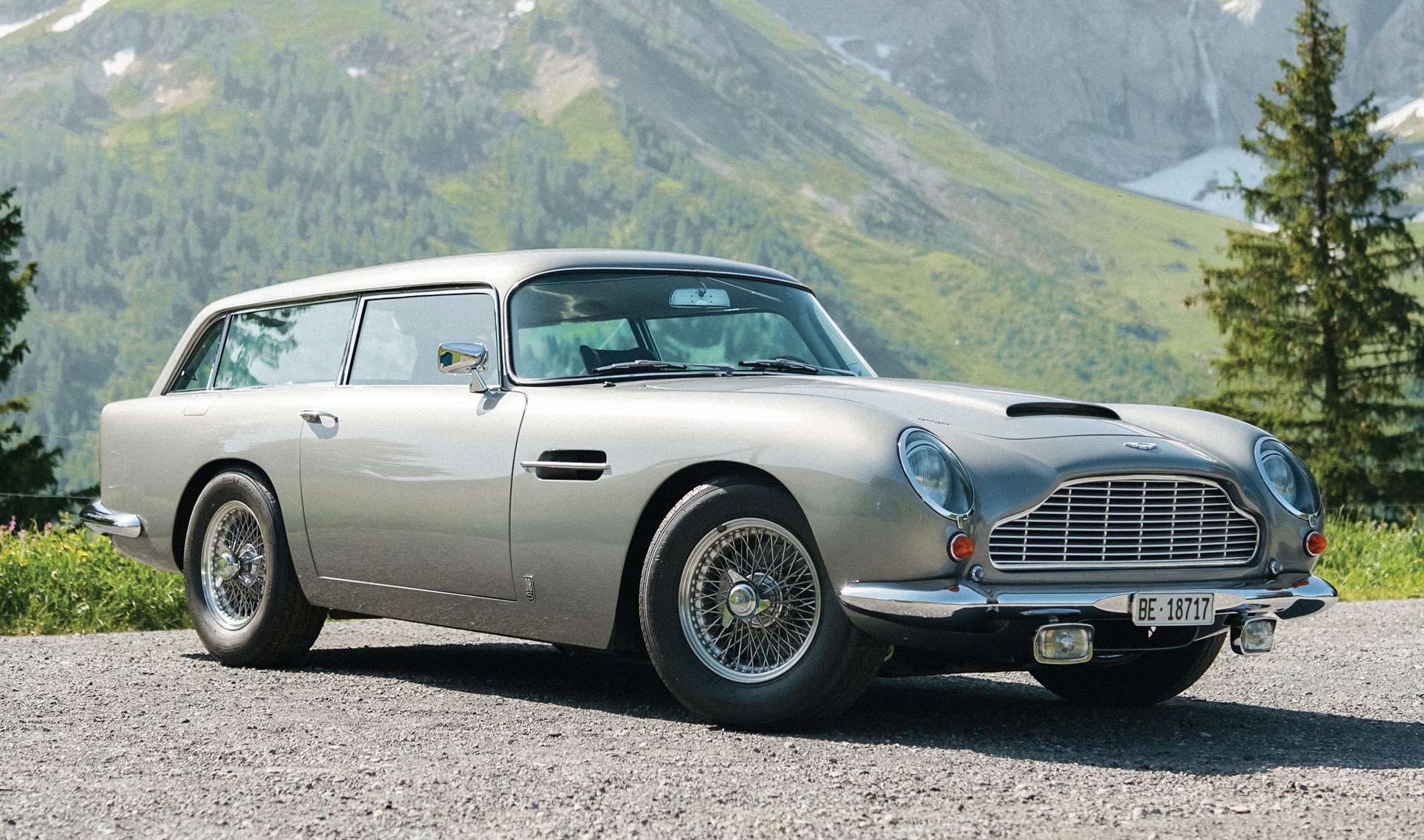 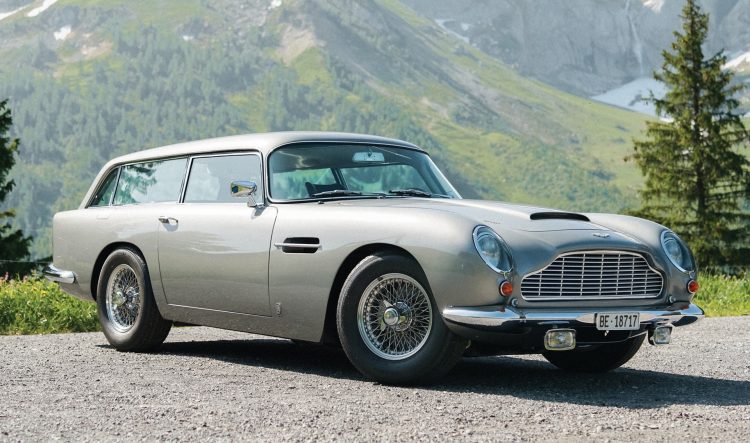 Just 12 of these were apparently made back in the 1960s, and one fine example is going up for auction at the RM Sotheby’s Monterey event next month. According to the description, this is a 1965 example which has gone through just three owners, all based in Switzerland.

It’s understood the DB5 Shooting Brake project was the result of company founder, David Brown, wanting a vehicle that could cart his hunting dog around, without ruining the leather seats. So, upon agreement with the board at the time, the company worked with renowned coach-builder Harold Radford to come up with the ideal package. As it turned out, 12 examples were made, based on the DB5. 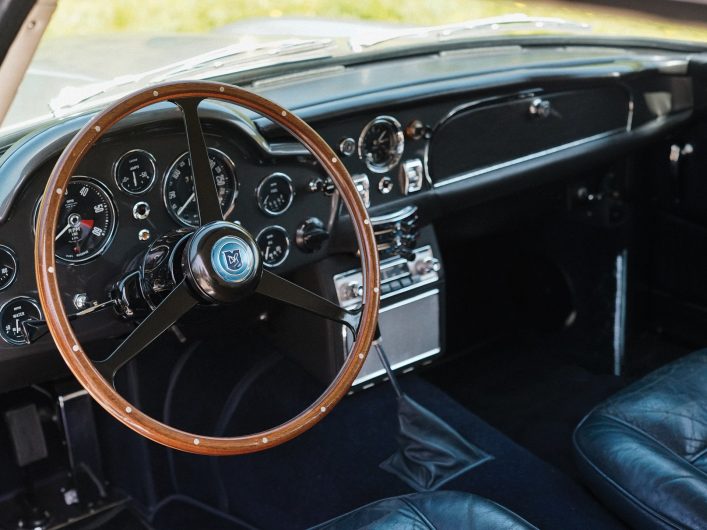 This example features all original and matching numbers for the body and engine, and remains as a rare left-hand drive version in mint condition. It’s dressed in trademark Silver Birch paint, with a dark blue upholstery. To keep it schmick, the car underwent a complete body and chassis restoration in the hands of the second owner.

Under the bonnet the engine has since been upgraded to a 4.7-litre inline six, featuring three SU HD8 carburettors. The power output is unknown, but we’re sure it produces more than the factory DB5 4.0-litre unit which developed between 210kW and 240kW, depending on the spec.

There’s no mention of the expected auction price, but you can read more about it over at the RM Sotheby’s website. It goes under the hammer during the Monterey event running from August 15-17.