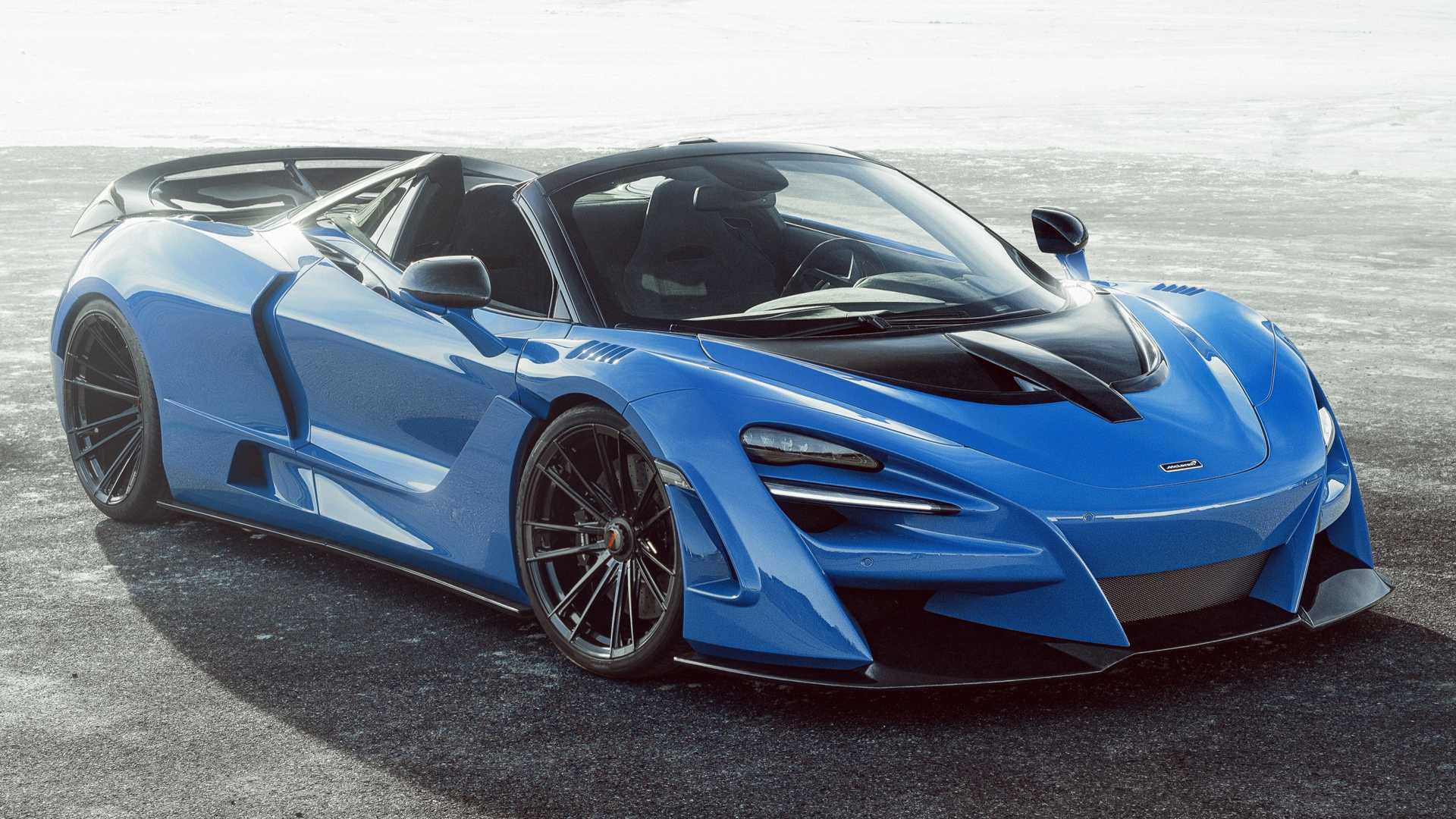 Not satisfied with the style, speed and power of your McLaren 720S? You should probably get yourself checked out by a medical professional. Or, you could enlist the help of supercar tuners Novitec. 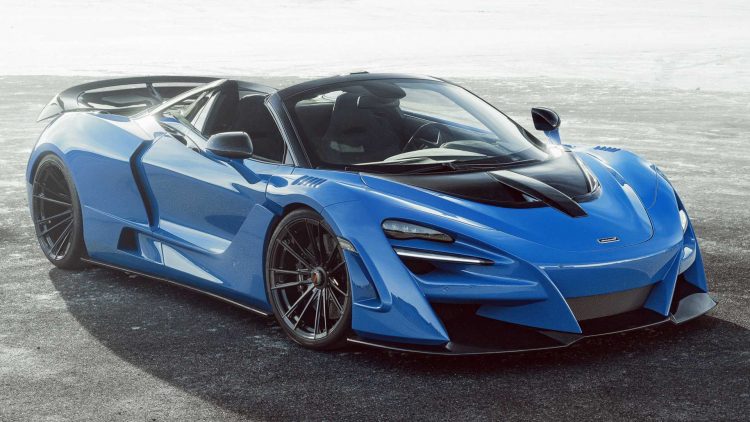 Novitec has developed a unique package under its N-Largo sub-brand, which is responsible for wide-body kits for all kinds of crazy cars. Including the McLaren 720S Spider, as it turns out. The kit adds 6cm to the width at the front and 13cm at the rear, and it is made from carbon fibre to ensure optimum lightness and strength.

As you can see, it definitely gives the car more presence, if that’s possible. Those big, puffed-out wheel arches also house a set of MC2 20-inch front and 21-inch rear centre-lock forged wheels by Vossen. In dark grey, they match perfectly with the various pieces of exposed carbon fibre on the body.

It’s not all about looking good and standing out, though. Novitec says the aero package has been tested in a wind tunnel for optimum aerodynamics. Part of this is thanks to the work of Vittorio Strosek, the German designer that helps envision the elaborate detailing of the bodywork. 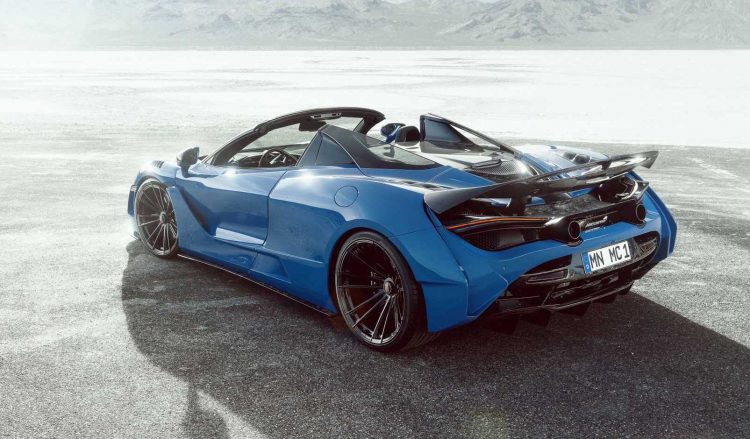 Obviously, you can’t have all of that enhancement to the design without some bespoke tuning to the engine, right? Well, Novitec has that covered. The standard 4.0-litre twin-turbo V8, that produces 530kW and 770Nm, receives a Novitec N-Tronic control unit for the engine computer.

The German company offers three different engine tunes for customers, each of which make electronic adjustment to the injection, ignition and turbo boost pressure. Buyers can also go for the Race-spec exhaust system, which is made from either stainless steel, or lighter weight, oxidation and corrosion resistant Inconel, like what is used in F1. The tailpipes measure 95mm and help the engine to breath.