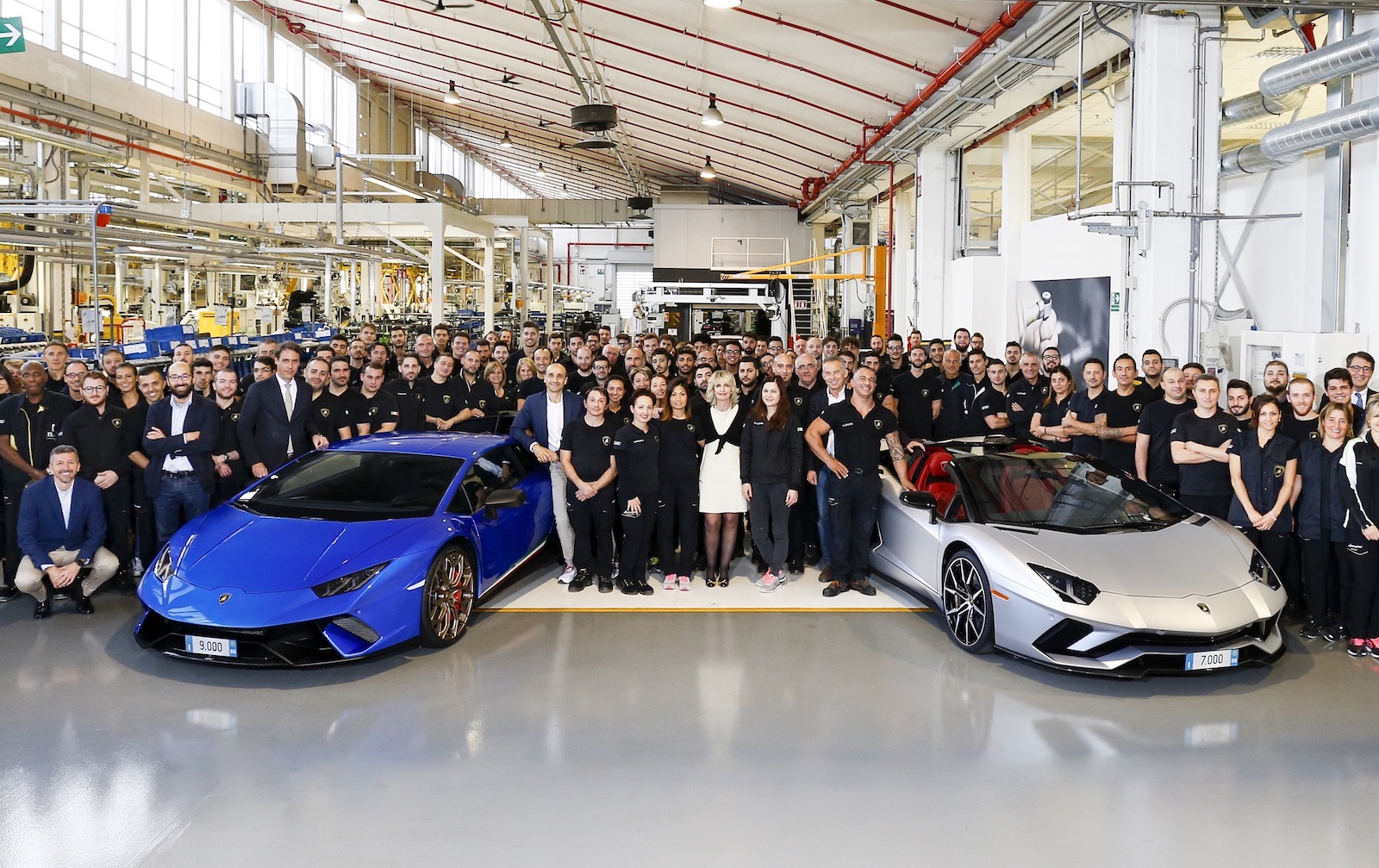 Lamborghini has just surpassed some impressive milestones, with its V12 Aventador production turning over 7000 and the Huracan turning over 9000 units. 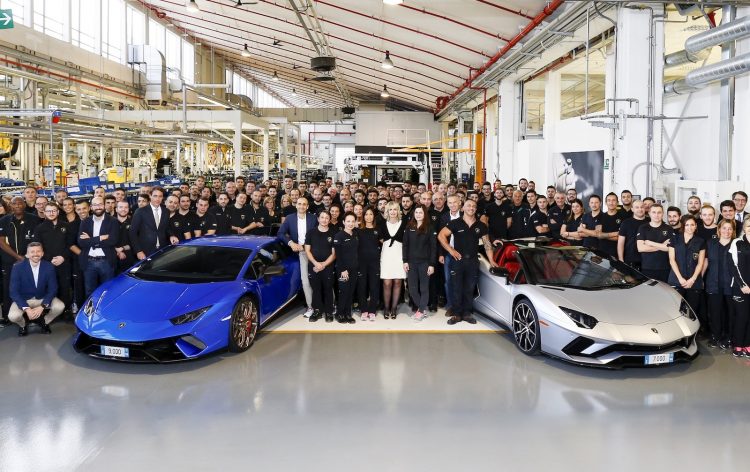 The Aventador has been in production now for six years. It’s the flagship model out of the two-vehicle showroom range. Chassis number 7000 recently rolled off the final assembly point in Sant’Agata, Bologna, this week.

It was a new Aventador S Roadster, having been initially revealed just last month at the Frankfurt motor show. The special example, painted in Grigio Adamas, is now being shipped off to the US market.

As for the Huracan, also known as one of Lamborghini’s most popular models ever, it hit 9000 units almost at the same time. The Huracan is on track to catch the most popular Lambo of all time, the Gallardo. It reached 14,022 units in its 10-year lifespan (2003-2013).

Considering the Huracan has only been on sale for three years, it would be reasonable to assume the Huracan will go on to surpass 14,000 quite easily. Even if it achieved the same 9000 sales over the next six years instead of three, that would still easily do it.

The 9000th example was a Huracan Performante in Blue Nethuns. This variant recently set a cracking Nurburgring lap time, setting a record for a short time before the Porsche 911 GT2 RS pipped it.