Porsche specialist tuner speedART has announced a new power kit for the 2012 Porsche Panamera Diesel, called the PS9-300D. Though this power kit appears slightly tamer than the one on the speedART Porsche 911 SP91-R, it’s certainly cool to see the German tuner fiddling with diesel power. 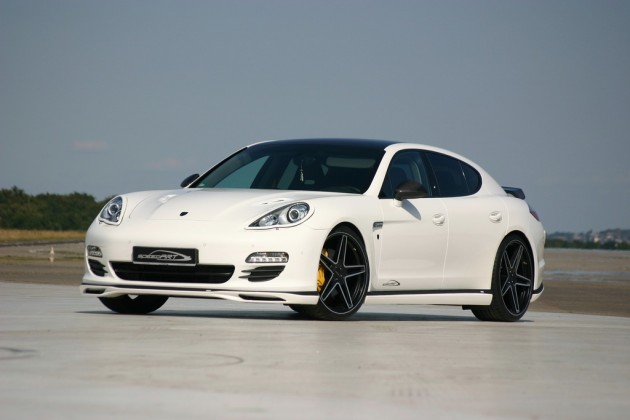 While the 2012 Porsche Panamera Diesel isn’t exactly an ugly car (many would argue), the speedART PS9-300D power kit comes with an aero package that includes a new front chin spoiler, rear diffuser, front and rear air intakes, new side skirts, and a double rear wing, giving the car an all-new aggressive look to go with its new-found diesel grunt.

Performance figures and pricing for the kit have not yet been released.