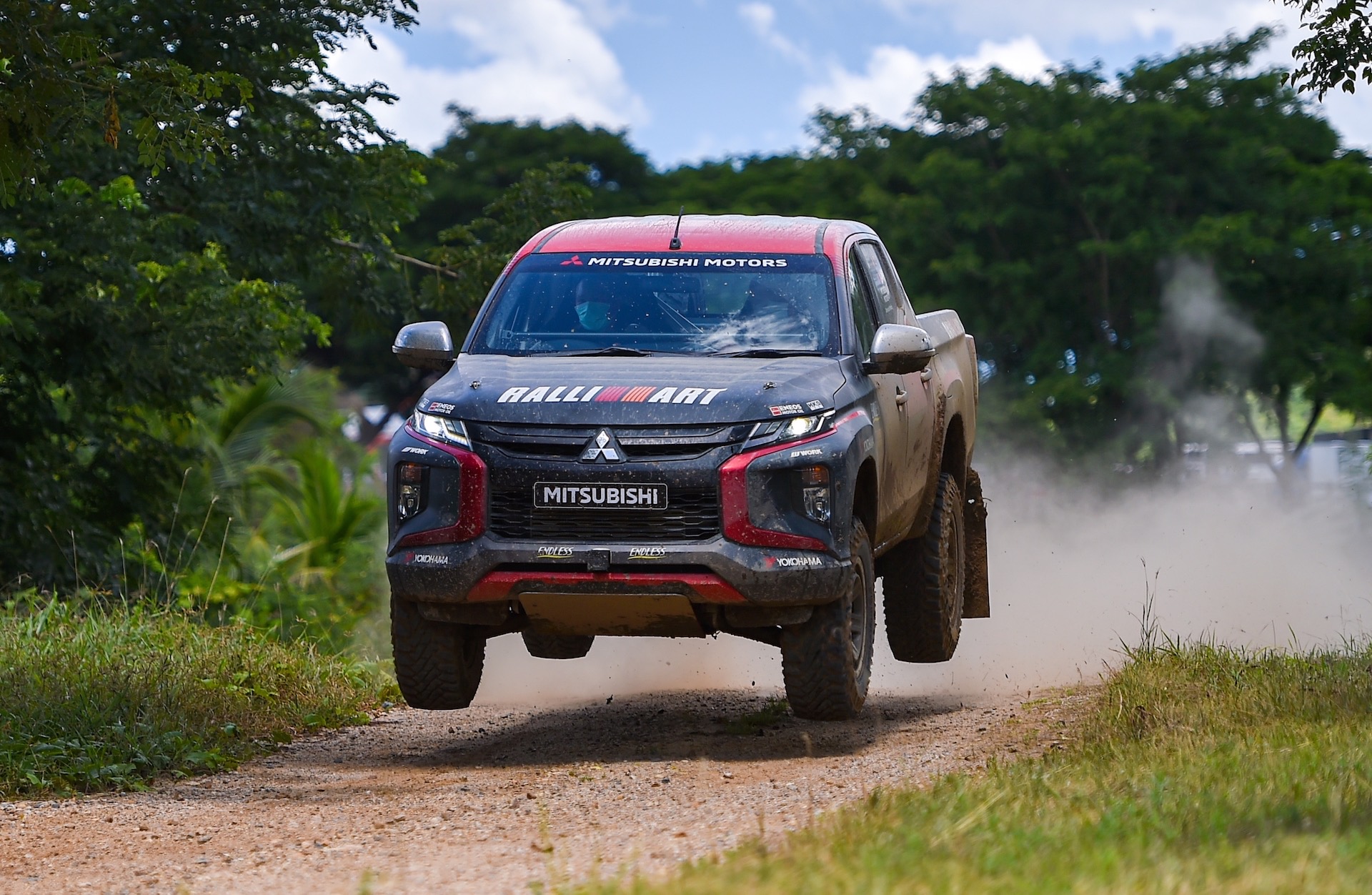 Mitsubishi’s highly-anticipated revival of the Ralliart division is getting near, and as a preview a special Ralliart Triton is being put through a series of gruelling tests before it takes on the AXCR rally. 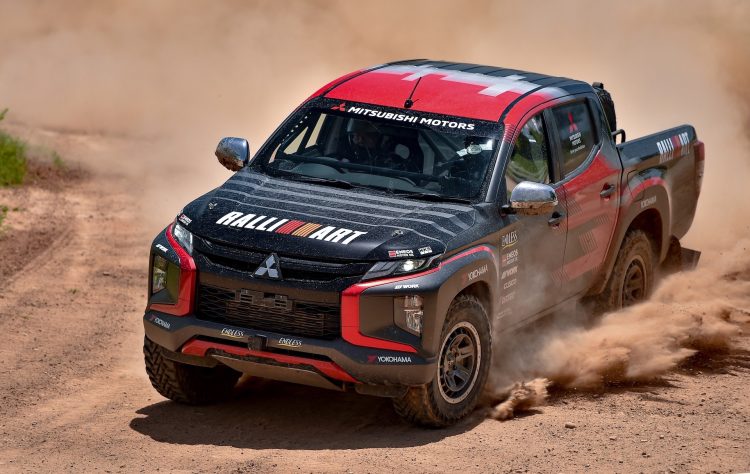 We reported back in March that Mitsubishi Ralliart was headed back to the world of rallying with a hardcore Triton with two-time Dakar Rally champ, Hiroshi Masuoka, stepping in as the team director.

Now, we’ve got video evidence of the team’s Ralliart Triton undergoing the first of three tests ahead of its AXCR cross-country rally debut in late November, where it will compete in the FIA Group T1 prototype classification.

Mitsubishi says that no less than 800km of testing was completed over a two-day stint in Thailand, designed to shake the Triton down ahead of the 1700km AXCR rally.

The Ralliart Triton is based on Thailand’s double-cab variant, and receives lightweight carbon fibre for the bonnet and door panels, with power supplied by a 2.4-litre MIVEC turbo-diesel pushing out 133kW of power and 430Nm of torque.

There’s a set of adjustable front and rear suspension dampers with a revised double-wishbone and coil spring setup at the front from specialists CUSCO, with leaf springs remaining at the rear.

CUSCO has also supplied both a front and rear limited-slip differential, which works alongside Mitsubishi’s Super Select 4WD-II system and a six-speed manual transmission.

It rides on a set of 17-inch aluminium alloy wheels from WORK, which are wrapped in 265/70 Yokohama GEOLANDAR M/T G003 tyres, with braking power supplied by a set of four-piston calipers from ENDLESS. 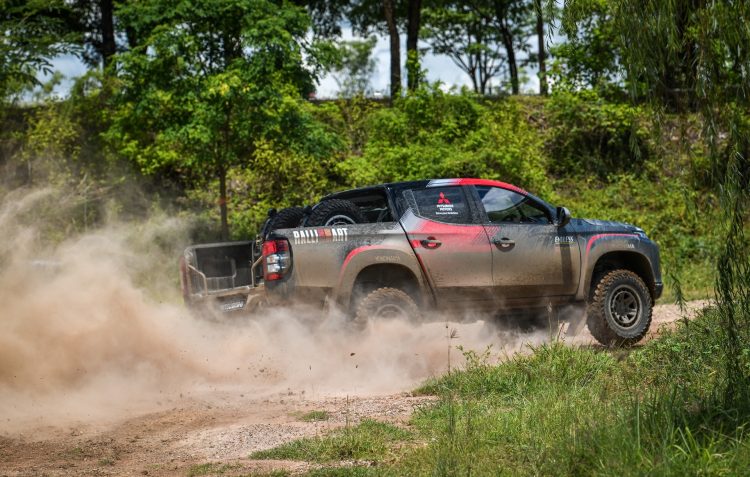 The Ralliart Triton is headed for another round of testing in August, before a shakedown in October and finally, the start of the Asia Cross-Country Rally event that kicks off in November. The event weaves its way across 1700km of some of the worst conditions Thailand can produce. Masuoka said:

“Since the Triton has a robust chassis frame and an excellent handling performance, we decided to reduce the vehicle weight at a minimum for the rally modification while leveraging its original strength as much as possible.

“Having covered more than 800 kilometres in two days, the rally car showed its great performance throughout the tough endurance tests as we expected, and now we are confident that our preparation is on the right track.”