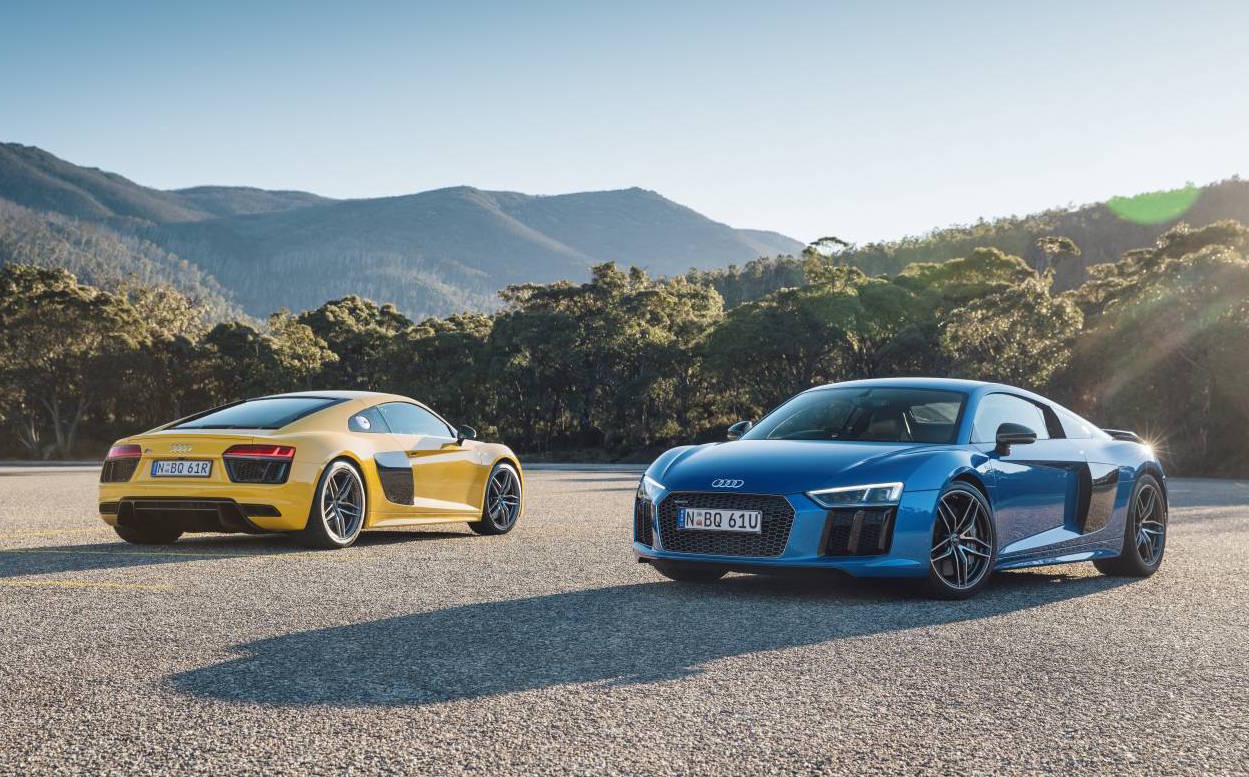 The 2016 Audi R8 has finally touched down in Australia after initially being unveiled way back in February last year. This is the all-new model, offered in V10 and V10 Plus only. 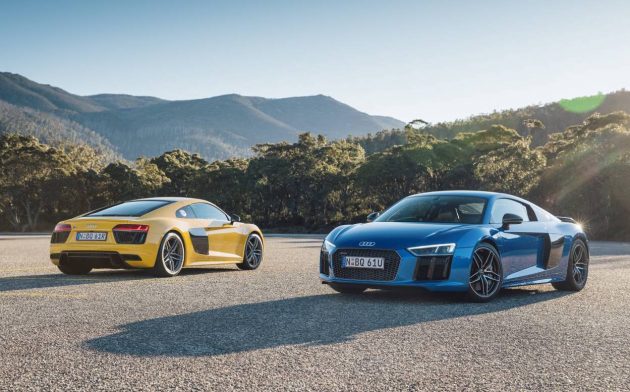 Fuel consumption averages span from 11.4L/100km for the regular V10 and 12.3L/100km for the Plus. Both feature a new Cylinder-on-Demand technology that cuts five cylinders in low-load conditions to help conserve fuel.

Matched up behind the engine is a seven-speed S tronic dual-clutch transmission, sending power to a variable torque-split quattro all-wheel drive system. Audi says that unlike the previous all-wheel drive system that had a fixed torque distribution, the latest setup divides torque between the front and rear axles, continuously, depending on the conditions.

As for the rest of the mechanical makeup, it’s based on an Audi Space Frame comprising of carbon fibre and aluminium. The body itself weighs just 200kg, while torsional rigidity has increased 40 per cent over the predecessor. There’s also a new electromechanical steering system, Audi’s magnetic ride control suspension, and fine-tuned aerodynamics that are capable of providing up to 100kg of downforce at speed. 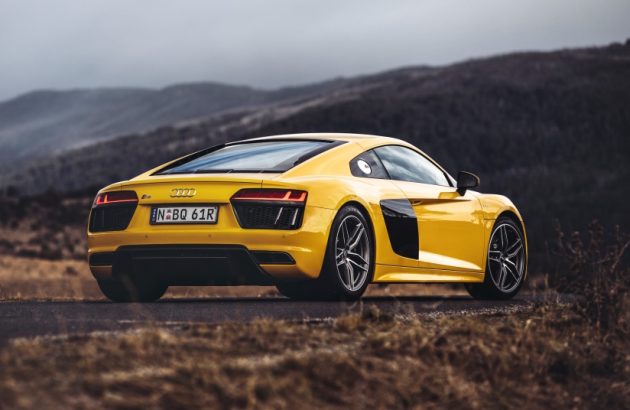 The new models are on sale in Australia now, priced from $354,900 for the regular R8 V10 and from $389,900 for the V10 Plus (excluding on-road costs). Highlight standard features include the following: