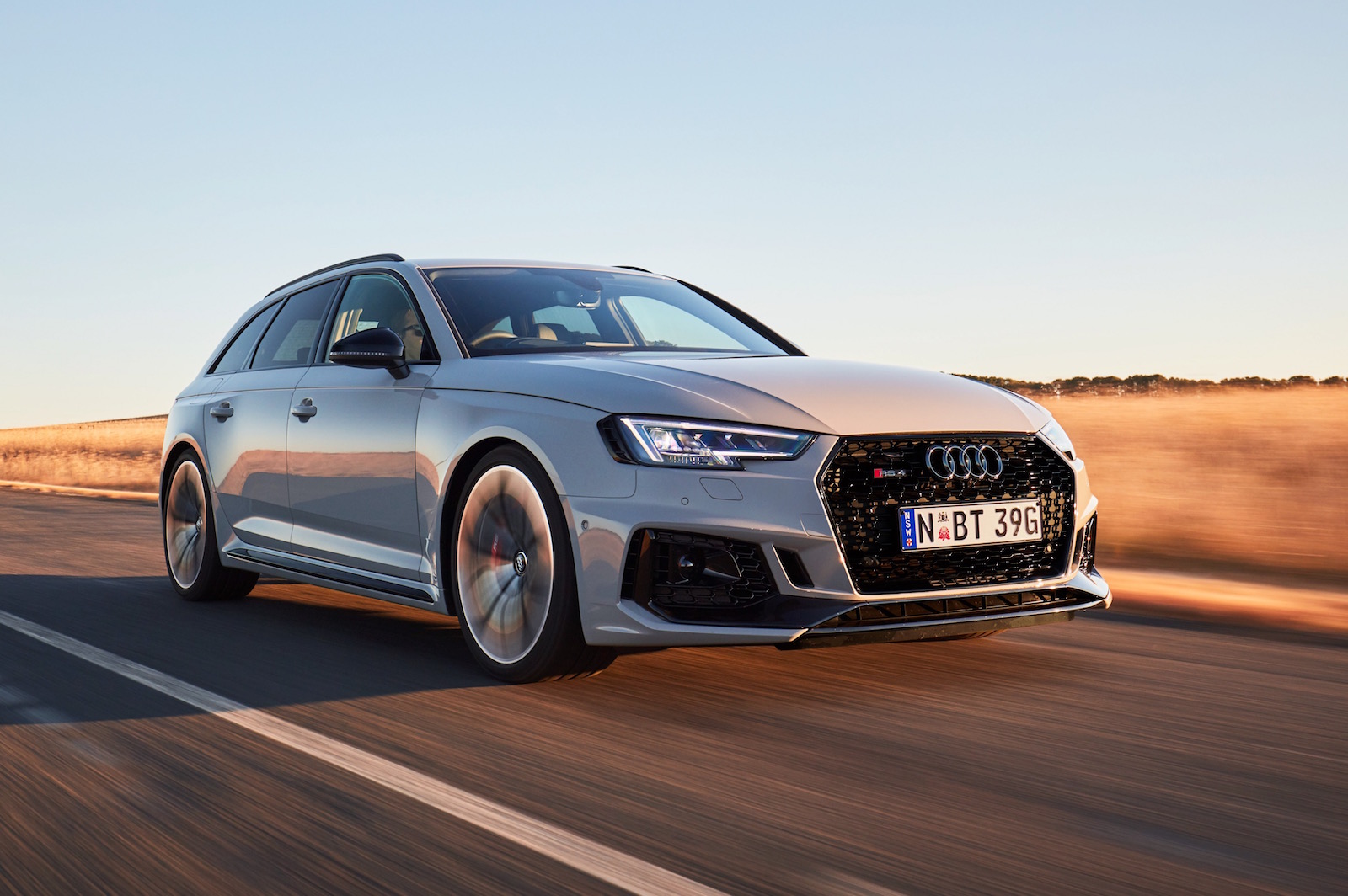 The tarmac-ripping 2018 Audi RS 4 Avant has touched down in Australia, returning to turbo V6 power while packing in a bunch of new technologies and performance driving components. 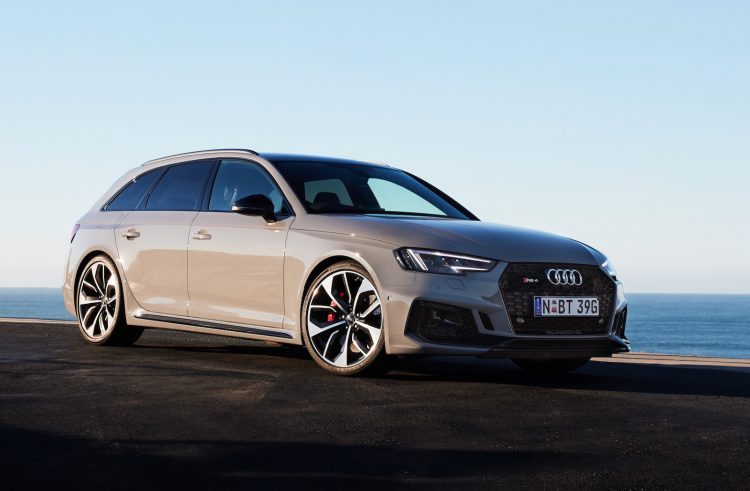 Firstly, that engine. It’s swapped from the previous naturally aspirated V8 to a just-as-potent-yet-more-economical 2.9-litre twin-turbo V6. It sveltely belts out 331kW of power (same as old V8), as well as 600Nm of torque (up 170Nm).

Across the tarmac the new model takes just 4.1 seconds to cover 0-100km/h, partly thanks to a quick-shifting eight-speed sports automatic transmission with all-wheel drive. Audi says the torque split is 40:60 front:rear in normal conditions, but it can distribute up to 85 per cent to the rear axle during demanding dynamic driving. 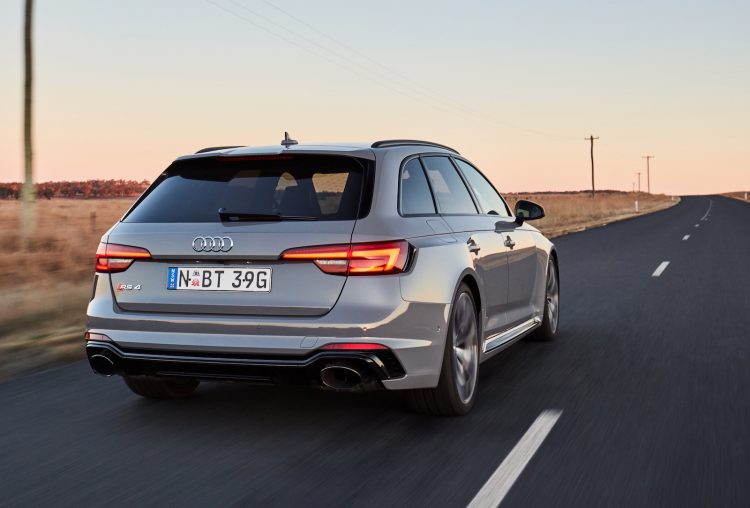 Helping out with the stunning styling is a set of 20-inch alloy wheels available in three different designs, paired with a subtle yet obvious aero kit including a rear diffuser, aggressive front bumper bar and spoiler system, and neat wheel arch bolstering. There’s a couple of new exterior colours options available too. Buyers can select a new Sonoma deep green metallic, or Nogaro blue pearl which pays homage to the colour offered on the original 1994 Audi RS 2 Avant.

Thanks to the introduction of the VW Group MLB Evo platform underpinning the new model, as much as 80kg has been reduced from the kerb weight. This, combined with a new suspension layout with a five-link arrangement for the front and rear axles, helps to provide improved comfort and versatility as well as improved handling through twisty roads.

Audi Australia says the new RS 4 Avant is on sale now, priced from $152,900 (excluding on-roads). Some of the highlight standard features include a fully digital instrument cluster, digital radio, and a high-end Bang & Olufsen 3D sound system. A quattro sport rear differential is also standard on the Aussie-spec version, along with an RS sports exhaust, tinted windows, and Dynamic Ride Control suspension.