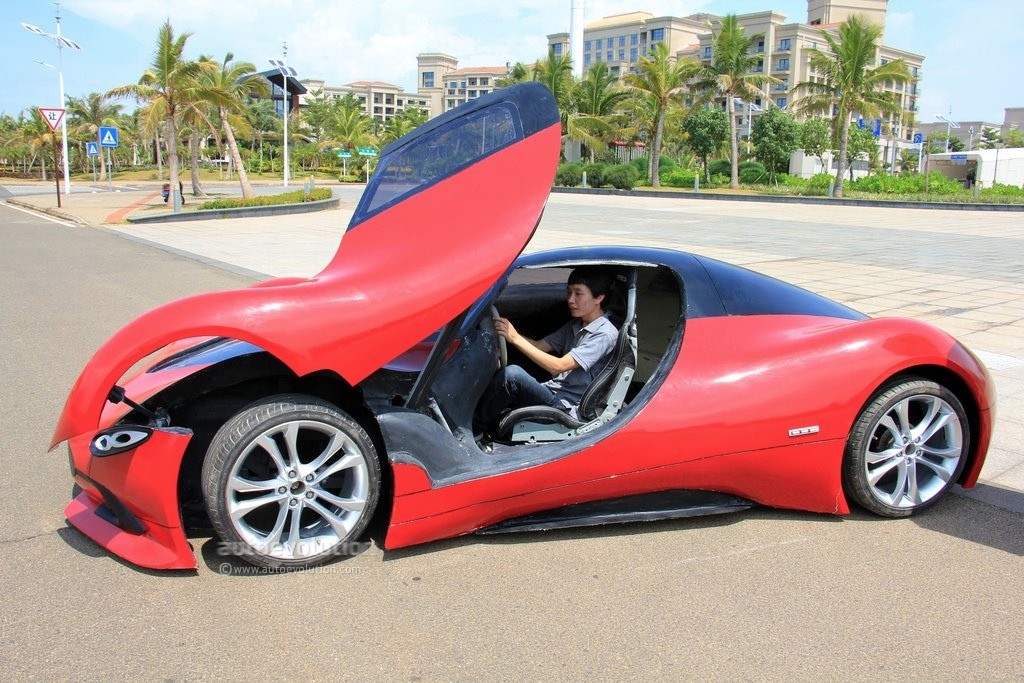 When is a supercar not a supercar? That term may be completely subjective, but on the visual front at least, a 27-year old Chinese man’s homemade EV supercar seems to fit the bill. 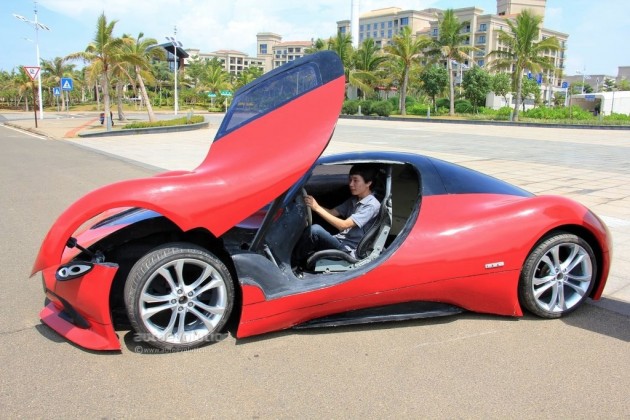 Chen Yanxi, a glass-factory employee from Hainan province, designed and sculpted the sleek fibreglass body himself, which owes its ovoid windscreen and canopy to a central driving position. The futuristic and rather seductively clean-looking body sits on a frame of galvanised piping.

Upward-opening doors – as you can see thanks to this image from autoevolution – which extend into the guards, all the way to a hinge at the leading-edge of the vehicle, contribute to the absence of shut lines and the unique shape.

Most astonishingly of all, the total expenditure, including mechanicals, set him back just 30,000 Yuan (about US$5000). This is perhaps reflected in the comical 40km/h top speed, which means the electric motor was possibly sourced from a golf cart.

Just as well, as Chen is not allowed to take his creation out onto the open road; he does not have approval from the draconian Chinese authorities. That, and a lack of mirrors, indicators and safety equipment, contribute to its lack of road-worthiness.

Yangxi’s creation is the latest in a sting of Chinese DIY ‘supercars’ that have gone viral lately, many of which are Lamborghini knock-offs, ranging from the sublime to the ridiculous. Some have been built for as little as $3000. While Mr Yangxi’s car is only capable of 10 per cent of the velocity of modern hypercars and can only do so on private property, he must feel immense pride that his creation is a living, rolling thing that he created.