Renowned motoring guru Chris Harris recently had an idea for an experiment; fit 125-size space-saver tyres onto a Mercedes-Benz C 63 AMG Coupe. Seems like a great idea to us. 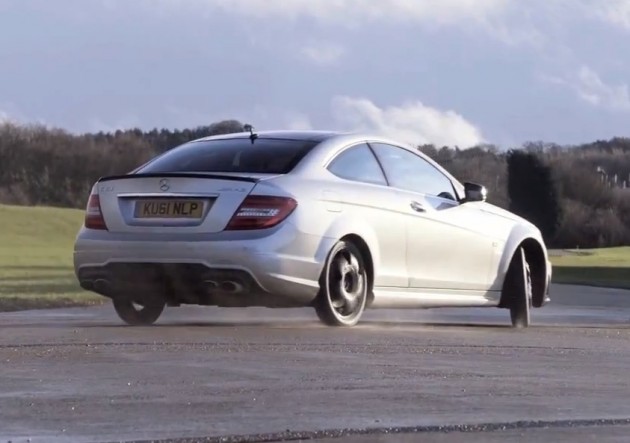 Harris wanted to see how the behaviour of a car can be changed simply be swapping the tyres to a new size. In the tuning world, upgrading alloys for larger items with fatter rubber is very common, but it’s interesting to see what affect it has on the car.

Conducting a very thorough test like this is always going to involve a lot of science and math. It completely changes, what Harris calls, the power to tyre ratio.

In this circumstance, Harris argues the C 63 AMG doesn’t come with fat enough tyres, with its 255-width items on the rear, and 235 on the front. He says there is a lot of oversteer.

Once all four tyres were swapped for 125-section ones, well, just take a look below. This is the kind of thing we all dream up during our lunch breaks. Nice work Harris.