The front end of the hotly anticipated 2014 Chevrolet Corvette C7 front end has been revealed in a service manual diagram. The image depicts the new styling with a basic yet revealing black and white sketch. 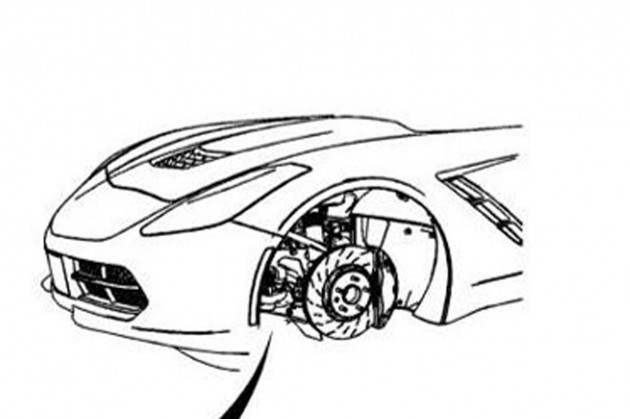 As you can see, the Corvette will use a smoother and more striking front end that also retains the traditional low, pointed design philosophy of all modern ‘Vettes.

A set of elongated headlights are vastly different from the current C6 items, while a new bonnet vent has made its way on top, looking more like it operates as a heat-extractor rather than an intake.

Down the sides feature a set of striking ‘gill’ vents, possibly providing ventilation for the front brakes. The diagram itself is showing the new brake ducting system underneath the car. 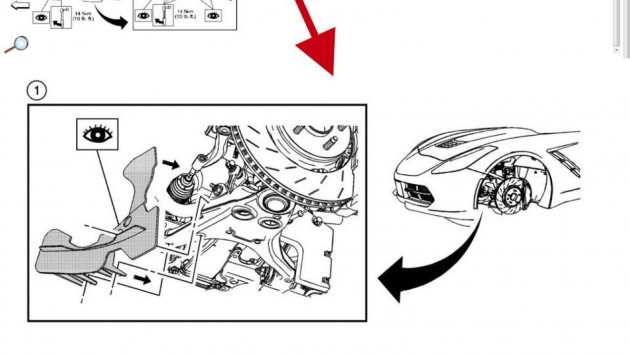 Engine specifics are yet to be officially announced. We do know the engine will be based on the company’s new LT1 Gen 5 small block 6.2-litre V8, though.

Power is said to kick off at around 336kW, and is expected to head very north of that for the upcoming high performance ZR1 version (current model produces 476kW).

The new model will be unveiled at the 2013 North American International Auto Show in Detroit, starting January 14, before hitting US showrooms during the third quarter of the year.