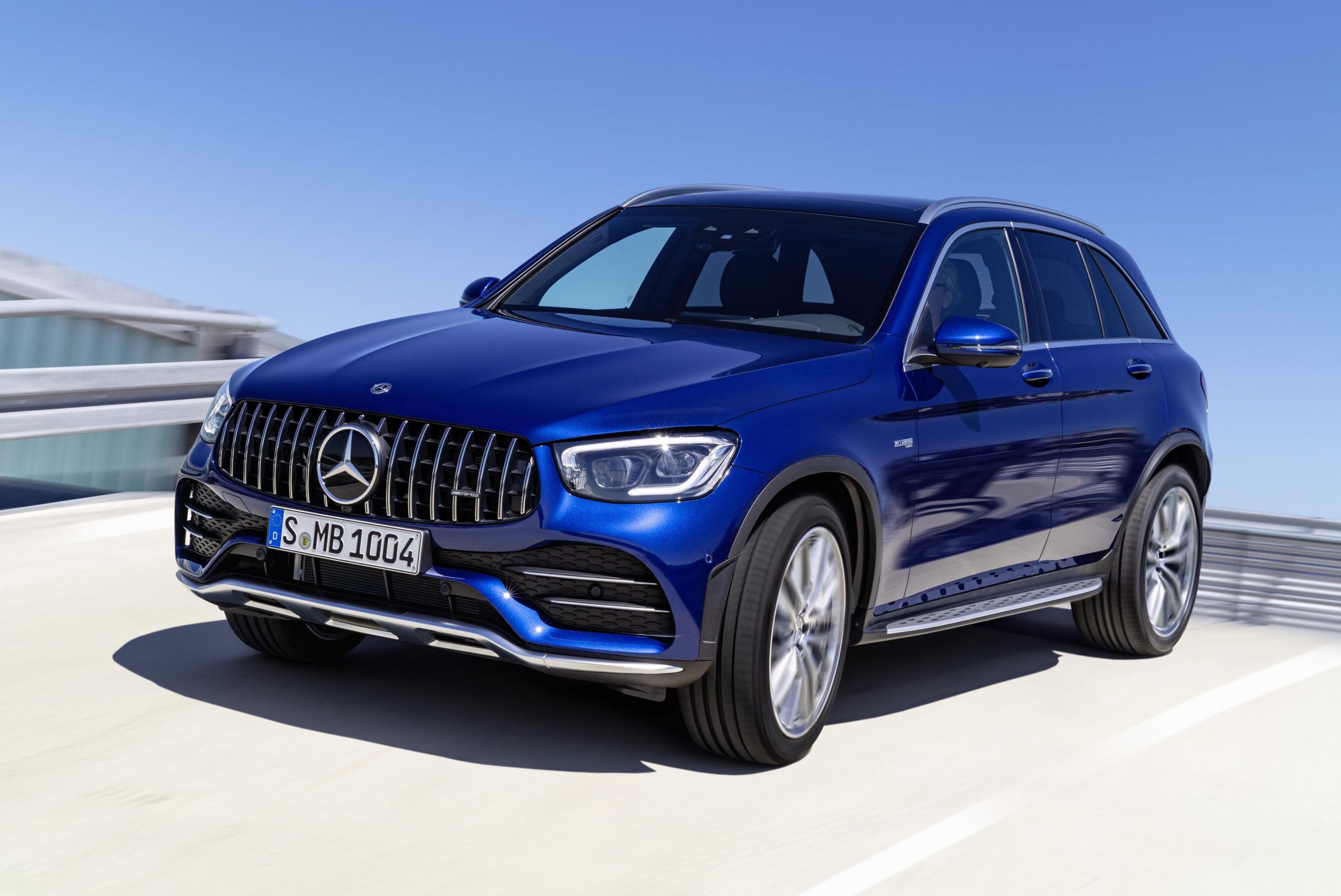 Mercedes-Benz has unveiled a mild update for the introduction of the 2020 Mercedes-AMG GLC 43. It brings in more power for the engine, revised styling, and update tech inside. 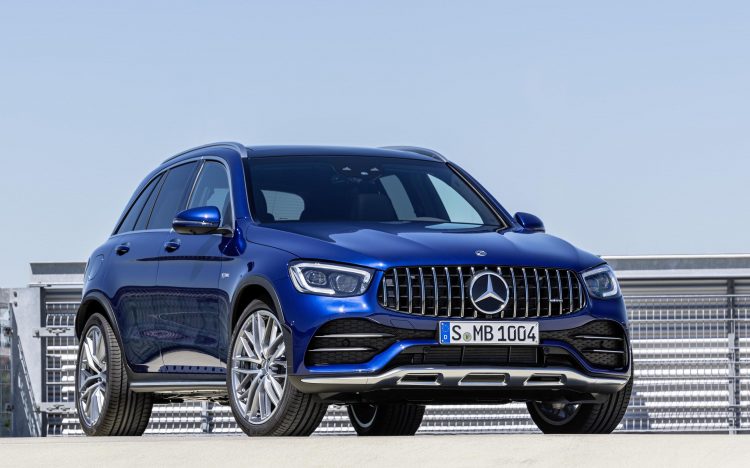 The GLC 43 is the sub-performance variant of the mid-size SUV, taking on the likes of the BMW X3 M40i and Audi SQ5. Under the bonnet, the 3.0-litre twin-turbo V6 has been boosted so it now produces 287kW and 520Nm. That’s up from 270kW. A nine-speed auto continues on, with 4Matic all-wheel drive running at a 31:69 front:rear torque bias.

Across the tarmac, Mercedes claims the new model can sprint from 0-100km/h in just 4.9 seconds (unchanged), and the top speed is limited to 250km/h. Fuel consumption on the combined cycle is rated between 10.2-10.6L/100km for the SUV, and between 10.2-10.5 for the coupe version. Australian figures are yet to be announced, however, the outgoing 270kW model was rated at 8.8L/100km in Australia. 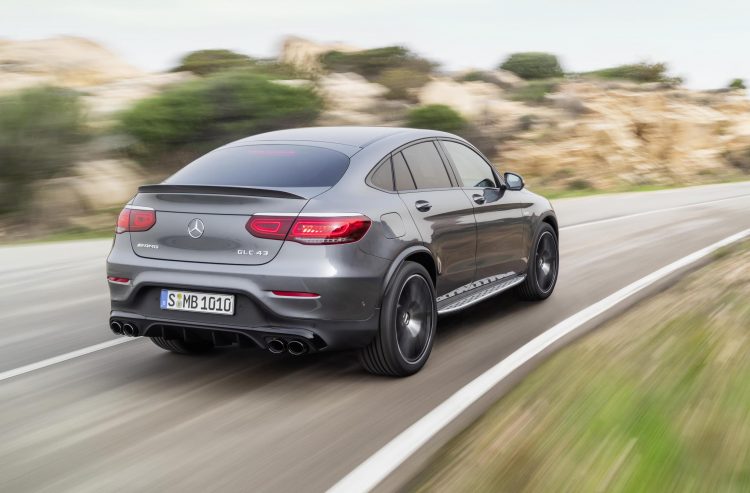 To freshen up the SUV’s presence, you might notice the new AMG-specific front grille as well as the restyled and flatter LED headlights. There’s also silver shadow trimmings for the air intakes, while the side sill panels are enhanced to give the SUV a lower and longer stance. Mercedes has also updated the 19-inch wheel designs.

For the interior the company is introducing its latest MBUX user interface, with twin digital screens. The driver views a 12.3-inch display, while the media and car settings are viewed through a separate 10.25-inch touch-screen in the middle of the dash. Drivers can toggle between Classic, Sport, and Supersport themes for the instrument cluster screen. 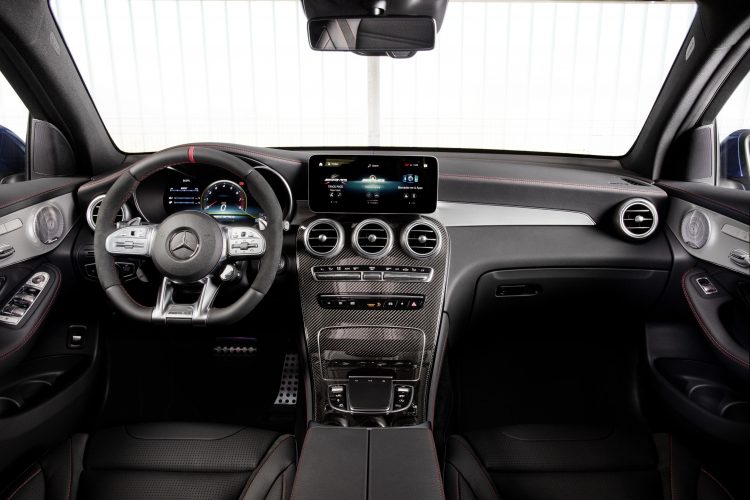 Drivers can also toggle through the AMG Dynamics programs, with Slippery, Comfort, Sport, Sport+, and Individual driving modes. All of these alter the throttle sensitivity, transmission behaviour, suspension and steering settings. The stability control is also adjusted in some modes. Speaking about the update, Tobias Moers, Mercedes-AMG boss, said:

“The new GLC 43 4MATIC SUV and Coupé in their latest guises also feature the AMG-specific radiator grille, identifying them straight away as fully-fledged members of our diverse and highly successful SUV family. This mid-size performance SUV combines new, expressive design features with enhanced performance, the innovative MBUX infotainment system and absolute viability in everyday use.”

The new model is set to go on sale later this year. Australian prices and specs are yet to be finalised.