It’s official, Maserati will unveil the all-new Maserati Ghibli at the Shanghai Motor Show in just a few weeks. The sporty new model will become the company’s entry-level, sitting underneath the Quattroporte and GranTurismo. 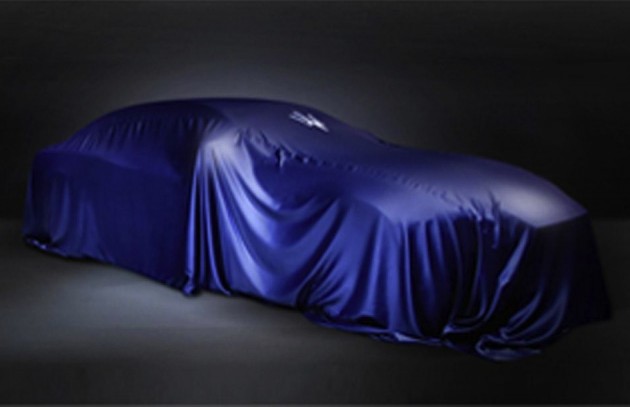 Little details have been released at this stage, apart from this teaser image. As you can see, the new Ghibli will showcase long elegant lines in a two-door coupe shape, with a heavily pronounced bonnet. By the looks of it it will also feature a protruding upper grille section.

Under the bonnet, the Ghibli is expected to come with Maserati’s new 3.0-litre twin-turbo V6 and V8 engines, at least in a bespoke tune. In the new Quattroporte, the units produce 301kW and 390kW from the V8.

Drive will be sent to the rear wheels via an eight-speed automatic, however, an all-wheel drive system might also be on the cards. A 3.0-litre turbo-diesel V6 might also join the lineup, borrowed from Chrysler under Fiat’s ownership.

All will be revealed at the Shanghai show starting April 20. The new Quattroporte is due to arrive in Australia later this year.