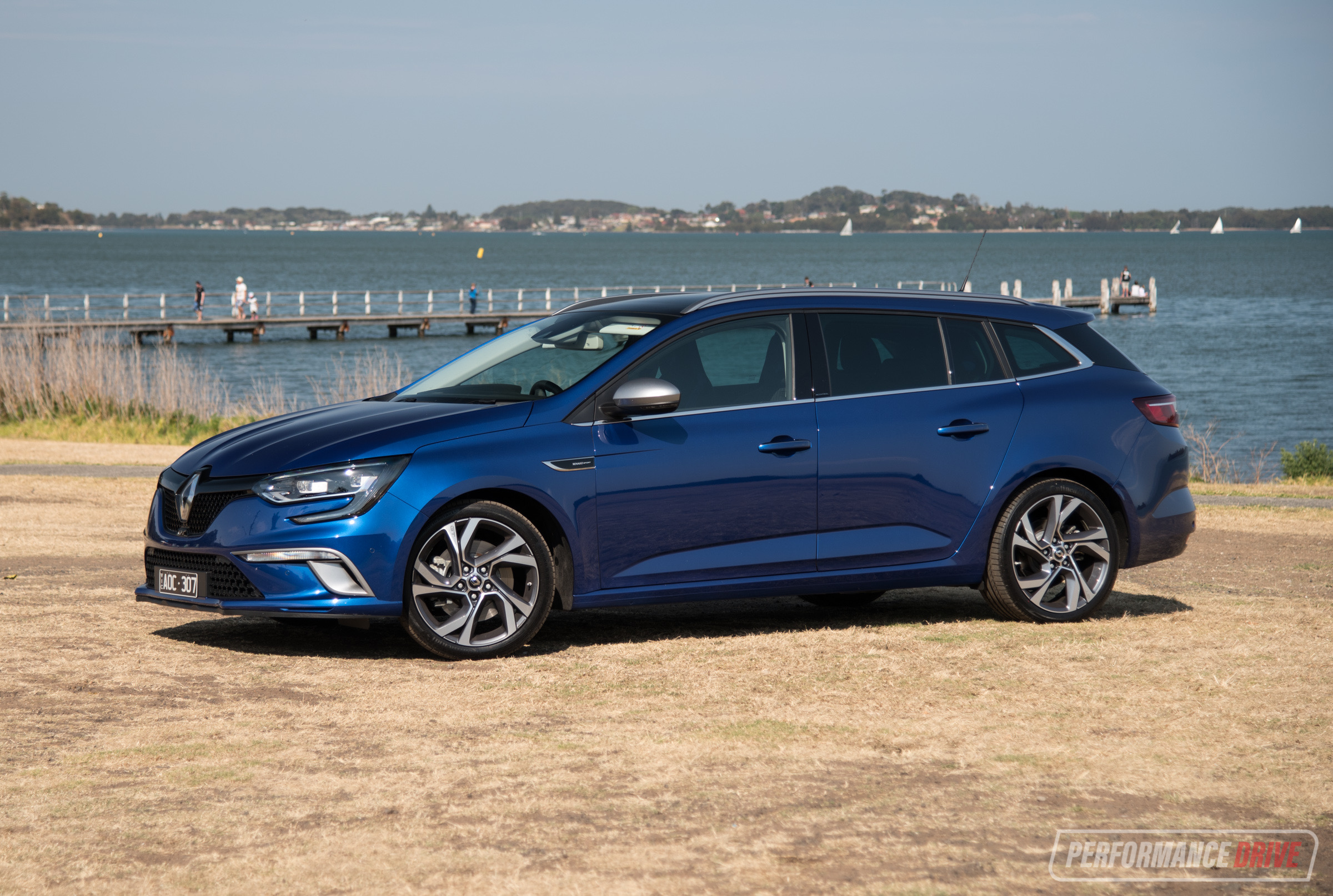 This is a cool car. We’re surprised Australia is even offered it, as we often miss out on the interesting Euro models. What is it? It’s the new Renault Megane GT wagon. 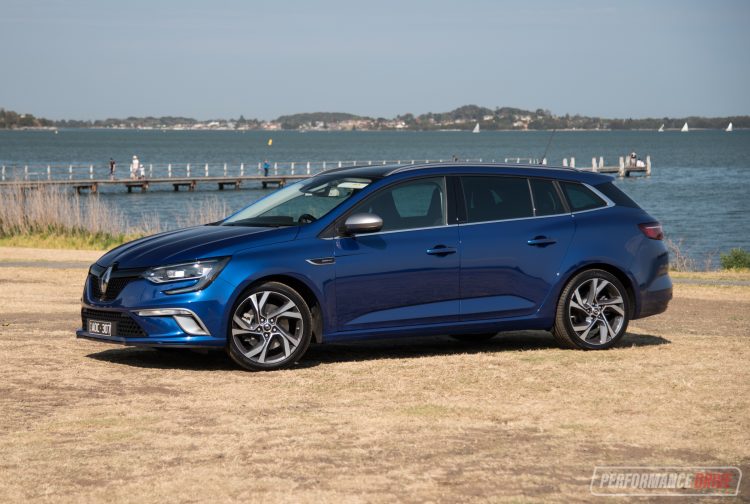 Based on the new Megane and featuring sporty credentials provided by Renault Sport, the GT wagon is a hot hatch with extra space. Power comes from a 1.6-litre turbo that can create 151kW of power if you rev it to 6000rpm, and 280Nm of torque available from 2400rpm. This is channelled through a seven-speed dual-clutch auto with front-wheel drive.

As you can probably tell, the Megane GT isn’t designed to attack super hatch territory and swipe lap records. Instead, it sits in the market as a neat, practical, everyday-friendly car that can be very enjoyable when the time permits. Prices start at $39,990, which is not bad if you compare it to other hot hatches that are not even available in wagon format. It’s also a reasonable $1000 more than the regular GT hatch. 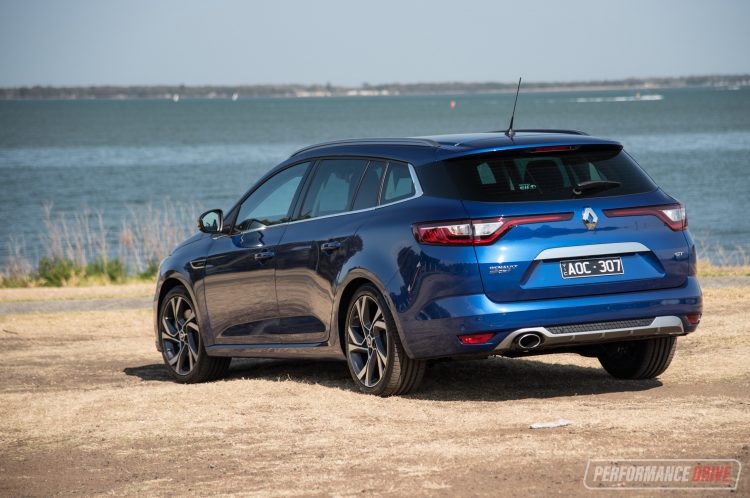 The Megane has long been regarded as a smart, efficient and safe hatch. For the latest model Renault has pulled out all stops to make sure it’s best prepared to fend off the ever-growing and ever-evolving rivals. So, the interior is filled with plenty of features that you need, along with plenty of quirky and interest-sparking features that aspire creativity.

Take the fully digital instrument cluster. The fact that it’s digital has many rivals nervously envious. But you can change the colour and background themes for versatility and fun. This goes for the main touch-screen system too, and some of the ambient lighting. There’s lots of configuration to play with and personalise. 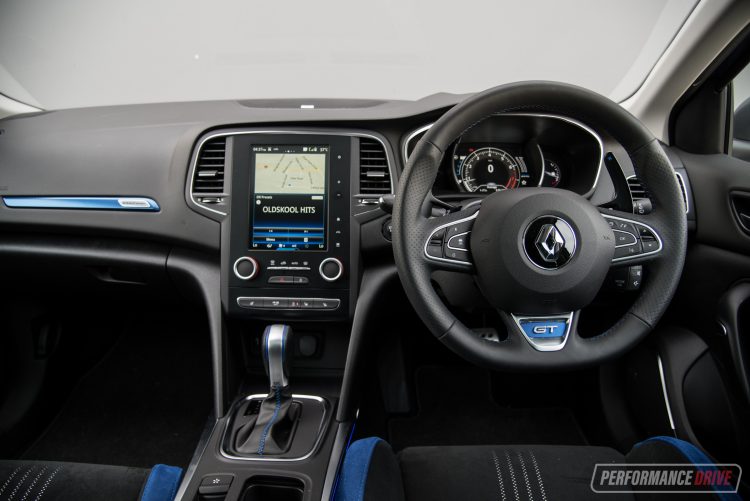 Renault has done well to fit a large, vertical-oriented touch-screen media system into the dash. It looks modern and attractive. Operability, however, is not so good. In our opinion there are just far too many selections that need to be made to get anywhere. This means less time looking at the road and more time on the screen. There is a little stub thingy that sprouts out from behind the steering wheel, which provides some of the common selections for the driver. But the passenger is left struggling, and, depending on what you want to do, the driver also has to juggle with the touch-screen menus.

Everything you could need is packed into it though, so that should be noted down as a big bonus. There’s a rear-view camera, digital radio, sat-nav, and a decent eight-speaker stereo with a Bose sub-woofer under the boot floor. CD fans will be perplexed, as there is no slot for your compact disc. This is a thing us oldies will have to get used to as many new vehicles on the market at the moment are removing CD slots. 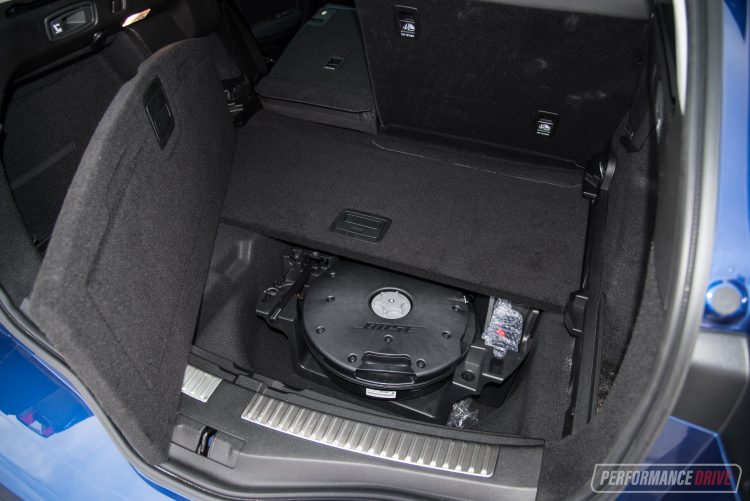 Going for the GT variant adds a splash of sportiness to the cabin, with surprisingly big and chunky bucket seats for the front, blue highlights in every direction, and some racy Alcantara trimmings for that suave Euro touch.

Seating comfort and space is great for the front runners, with a low centre console and pushed-forward dash doing well to reduce any chances of claustrophobia. Rear seat space is a little tighter, even for this segment. We put this down to the general chunkiness of the front seats and the thick bench seat, which appears really soft and cushy but when you sit on it you tend to be a bit disappointed as it is quite firm. Far from a deal breaker, though.

Obviously cargo space is awesome. The Megane wagon has a flat and wide load space, measuring a whopping 580 litres in the conventional five-seat configuration. Folding down the rear seats, which can be done from the rear of the car thanks to some handy levers in the back, does open that up to 1504L. Unfortunately, the backrests don’t fold completely flat so the space becomes useful only for long and thin objects that don’t require sliding in. There are plenty of hooks and dividers in the back, and even a 12V power socket for added practicality. 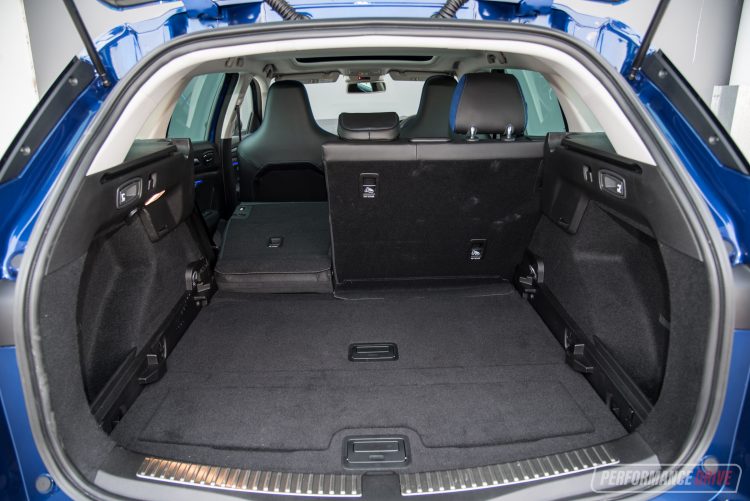 Now for the best part. The drive. Renault is one of the pioneers of the hot hatch, always creating outstanding front-wheel drive platforms that bring true joy to the city runaround segment. The French are really pushing boundaries with this one by fitting the Megane GT with a clever four-wheel steering system. No, this isn’t the late 1980s when four-wheel steer systems were all the craze. This is 2017. And, as you can imagine, the technology applied to such setups has moved on a lot since the crazy Eighties. Porsche, Ferrari, Lexus, Audi, Mercedes-AMG… they’re all doing it now.

Called 4Control, the system is able to turn the rear wheels in the opposite direction to the front wheels at low speeds. This virtually shortens the wheelbase and gets the car around in a smaller radius. During higher speeds (above 80km/h) the rear wheels are turned in the same direction as the front, virtually extending the wheelbase and making the car more stable. We’re talking very small amounts, don’t worry; it doesn’t turn into a wayward shopping trolley. Specifically, the rear wheels angle themselves at a maximum of 2.7 degrees in lower speeds corners, and just 1 degree at higher speeds. 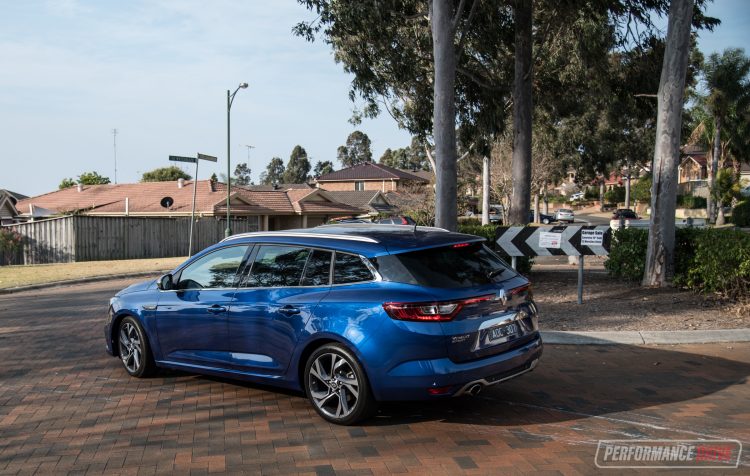 Out on your favourite road, or even just whipping around roundabouts on the way to work, the system is brilliant. You can’t immediately feel it working. This is good as it operates in the background and doesn’t interrupt your concentration. But you will notice how smoothly the car glides around bends. It feels extremely nimble in tight mountain passes with hairpins too, allowing you to get onto the power pedal much earlier thanks to the extra confidence and grip as the car is quickly straightened up on corner exit.

Pushing really hard along our usual test route, the GT possesses a huge amount of grip, even without a limited-slip differential. It just doesn’t need it. A lot of the capability has to be attributed to the sports suspension which is the work of Renault Sport. Harsh mid-corner bumps do nothing to upset the balance, and, like the regular GT hatch (sharing the same 2670mm wheelbase), the stability is seriously impressive. Past the point of adhesion, with the back end kicked out a smidge, the Megane GT is a genuinely rewarding little hatch to drive.

Engine power isn’t going to give you an unexpected facelift and raise your eyebrows much higher than an few millimetres, but it goes well enough for this style of vehicle. The power delivery is very linear and a bit boring, actually, with no rally-like pops or farts or turbo-lag to animate the acceleration. The clock doesn’t lie though, and during our usual tests, using the standard launch control system fitted on the GT, the wagon produced a best 0-100km/h time of 7.45 seconds. It’s a respectable time, especially stacked up against the official fuel consumption average of just 6.0L/100km – we averaged around 7.1L/100km. 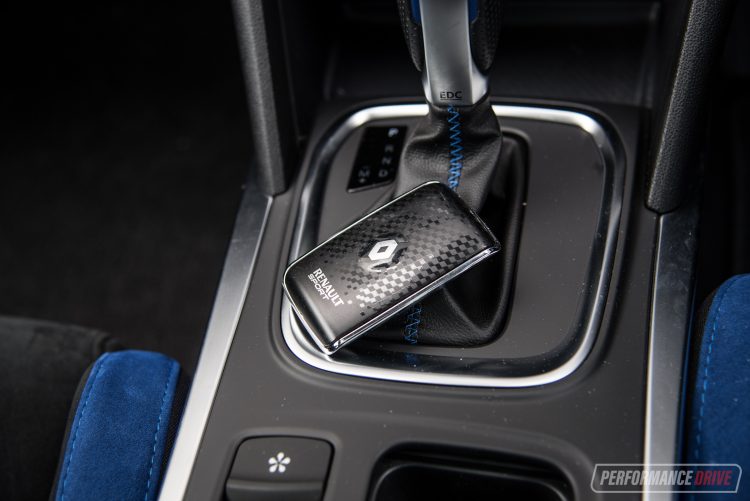 As we said at the start. It’s a cool car. The soft Alcantara trim. The R.S. expertise that enhances without going over the top. The innovative handling technology that actually works. And the fact that it’s a practical wagon with a potent turbo engine. It’s all appealing in our view.

Actually, not quite “all”. Renault needs to come up with improved touch-screen software, and it needs to get rid of the stupid key card that has no keyring ring on it – we’re still trying to figure out its benefit. But, after all, it’s a French car. And the French carmakers always have their quirky ways. We guess it’s what gives them their unique character.