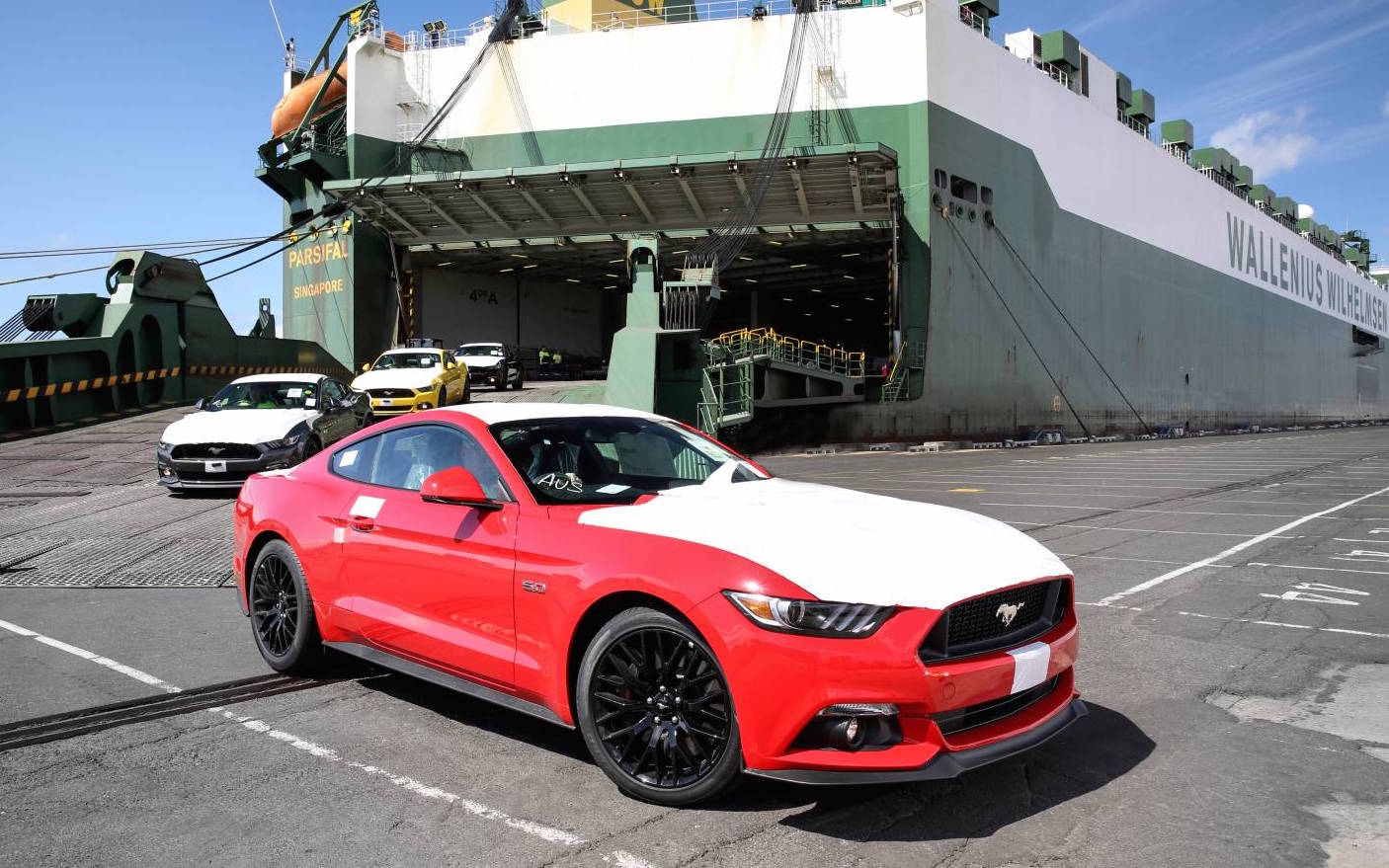 The first orders for the new Ford Mustang have arrived in Australia, with all examples for 2016 already sold out. 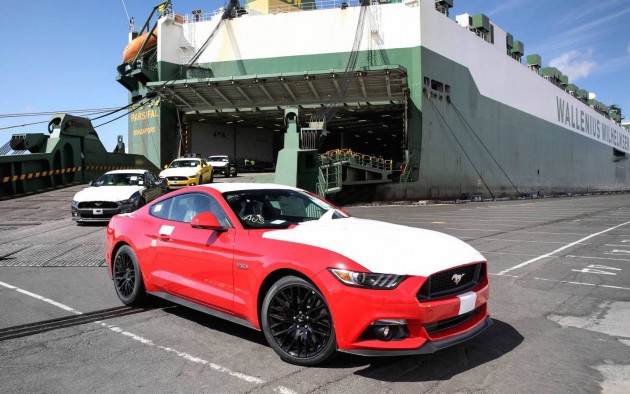 Ford says it has taken 4000 pre-orders for the modern muscle car, which includes more than 80 per cent that have paid deposits. The first allocation landed at Melbourne’s Appleton Dock in Victoria today.

The new model has become a world-wide success so far, with local dealers apparently inundated with inquiries. This was especially the case soon after the surprisingly low pricing was announced back in March. Ford president and CEO Graeme Whickman said,

“We are simply overwhelmed and humbled by the reception to Mustang thus far, which is probably our closest equivalent to the Beatles first trip to Australia.”

It’s understood around 86 per cent of the interest has been directed at the V8 GT models, and about 88 per cent going for the Fastback coupe. Australian customers are also offered a 2.3-litre turbo four-cylinder, which Ford expects to be popular with customers who value performance and fuel efficiency.

The new Mustang is just one of many new global models destined for the Aussie market. In fact, the local arm says there are 20 vehicles planned to arrive by 2020. 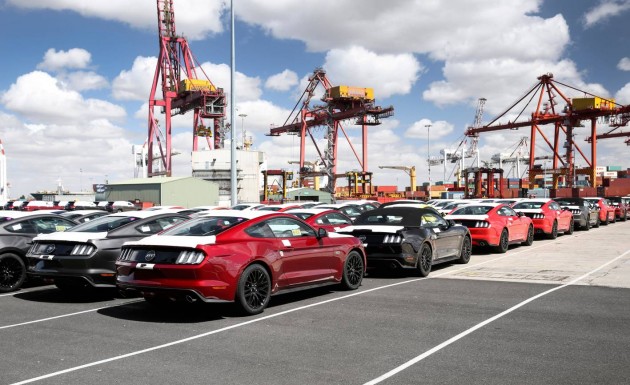