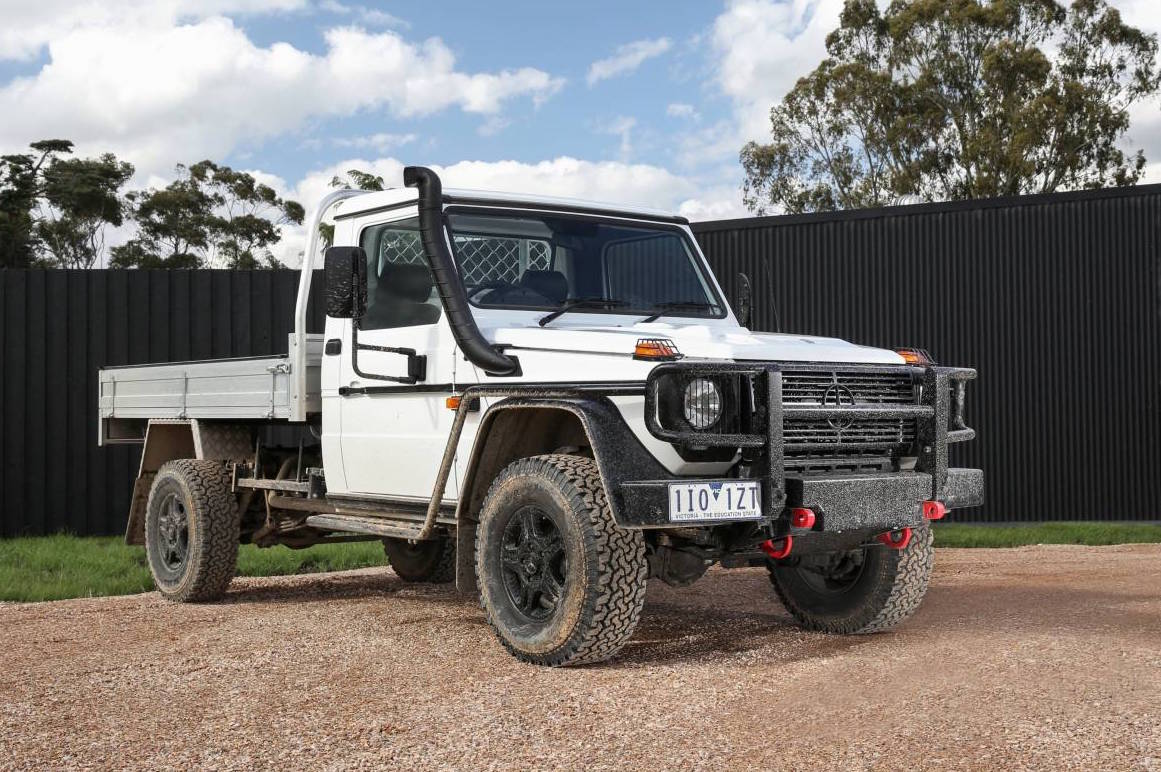 Mercedes-Benz’s Australian arm has confirmed the arrival of the industrial-strength G-Professional cab chassis ute, pairing in the renowned off-road and heavy-duty reputation of the G-Class. 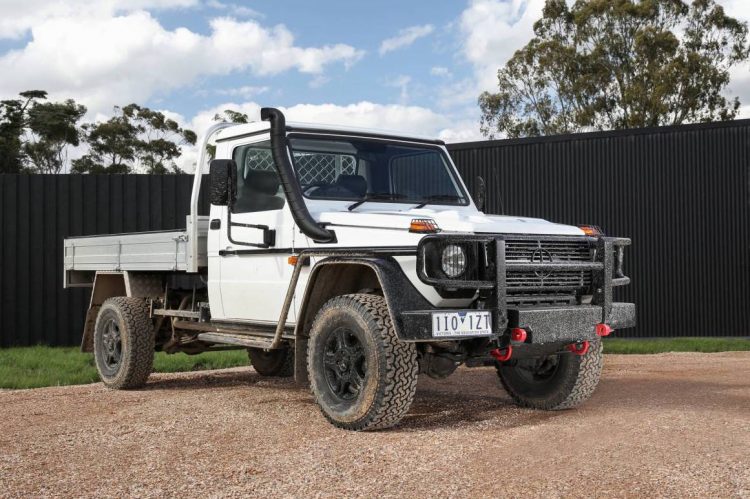 Just the single variant is being offer in Australia, officially badged as the G 300 CDI Cab Chassis. It sits in the market with basically no direct competition in terms of pricing but it will probably be of interest to Toyota LandCruiser 70 Series buyers and the like.

Power comes from a 3.0-litre turbo-diesel V6 producing a lowly 135kW but a respectable 400Nm. Peak torque is spread from just 1600rpm to 2000rpm, while peak power is reached at 3800rpm. This is all sent through a five-speed automatic with permanent 50:50 split all-wheel drive.

From the transmission the user can engage up to three differential locks – front, centre, rear – making it (as far as we know) the only passenger vehicle available on the market to be fitted with three. It also comes with low-range which can be selected while on the move. 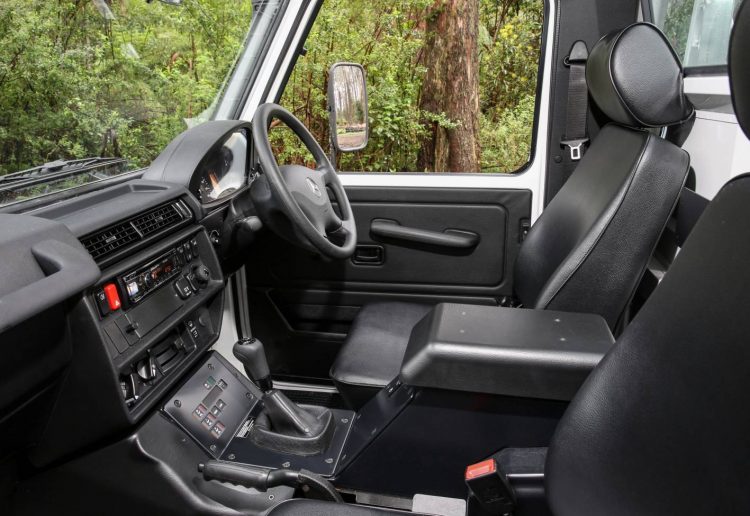 In terms of the heavy-duty figures that we all want to know, the ground clearance is rated at an impressive 245mm and there’s plenty of underbody reinforcement and protection even if you do snag something. The water wading depth is 650mm, and the towing capacity is 2210kg (braked). There’s an excellent approach angle of 38 degrees and depart angle of 35 degrees, with a break-over point of 22 degrees.

Other interesting highlights include a walk-on bonnet that has a load limit of 100kg for those times when things get really tricky, with a snorkel, bull bar, and a 96-litre long-range fuel tank fitted as standard. There’s also two 12-volt batteries, tyre pressure monitoring, and two water-drain plugs in the cabin.

The robust piece of machinery is on sale now and can be ordered in six colours in Australia; Polar White Black, Desert Sand, Deep Orange, Flame Red, and Fir Green. Prices are as follows (excludes on-road costs):