Porsche has officially revealed the new 2013 Porsche 911 Carrera 4 and Carrera 4S, coupe and cabriolet. The news comes after images were leaked online over the weekend. 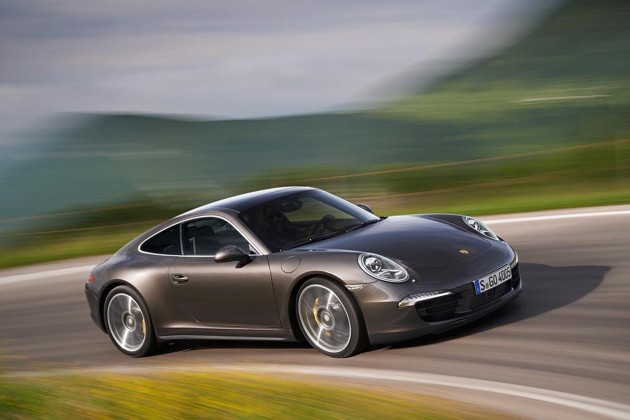 As previously reported, the new Carrera 4 and 4S come with the same engine packages as found in the current two-wheel drive Carrera and Carrara S. This includes a 257kW 3.4-litre for the C4, and a 294kW 3.8-litre for the C4S.

Power is of course distributed to all four wheels, after going through either a seven-speed manual or seven-speed PDK dual-clutch auto transmission. Under full power, the C4 is capable of 0-100km/h in 4.5 seconds, while the C4S completes the sprint in just 4.1 seconds.

Like previous generation 911 Carrera 4 models, the new 991 Porsche 911 C4 and C4S feature a widened body at the rear. In this case, the hips are pushed out 22mm to accommodate the all-wheel drive system which features Porsche Traction Management (PTM).

The new model is available to order in Australia now, however, deliveries aren’t set to take place until the start of 2013.