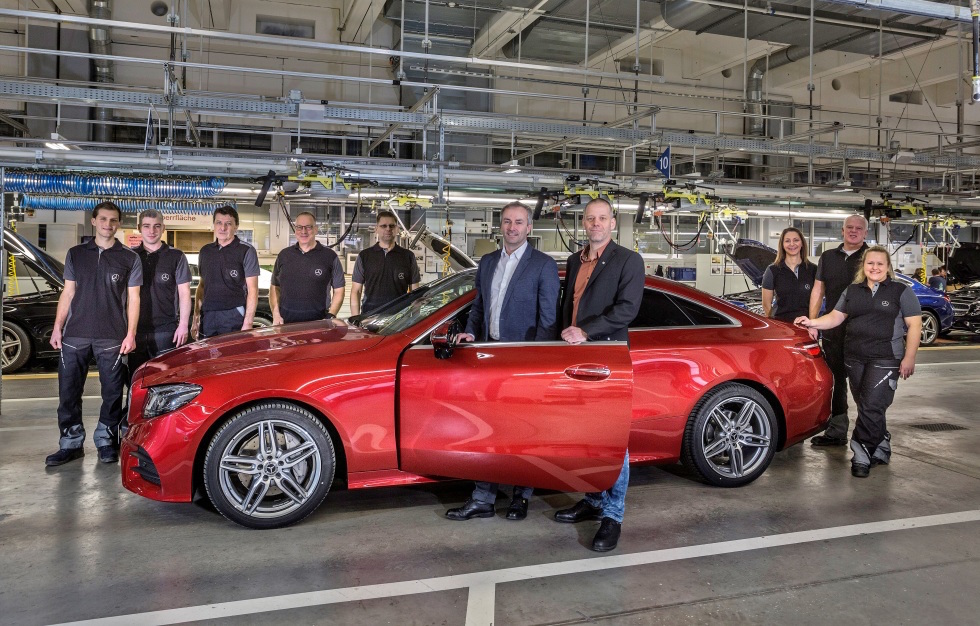 Production of the new Mercedes-Benz E-Class coupe has commenced at the company’s Bremen plant in Germany. 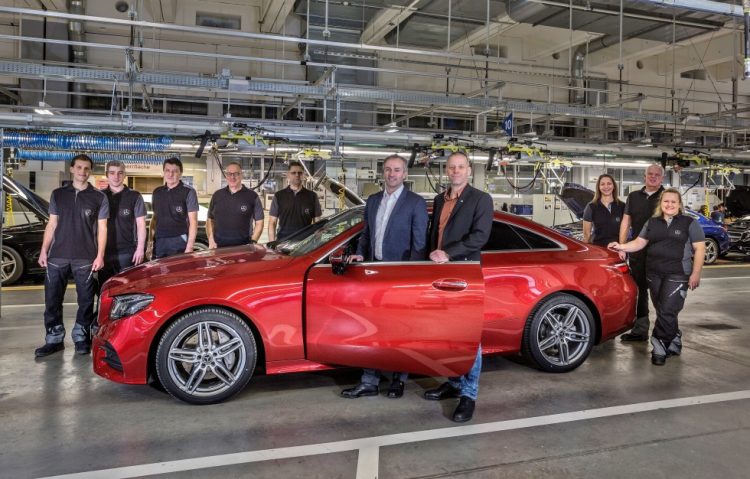 The new E-Class is build alongside the C-Class coupe and convertible using the factory’s cleverly flexible manufacturing process, even though the new E coupe is technically based on the E sedan platform.

Mercedes’s Bremen facility currently produces 10 different models, making it the most comprehensive of all facilities within the Mercedes Car network. In a statement the company says this facility, by the end of the decade, will also be producing a wider range of vehicles, from petrol, plug-in hybrid, fuel cell and fully electric models.

At this stage the Bremen site is the biggest private employer in the region, with over 12,500 employees helping to build Mercedes-Benz vehicles. Peter Theurer, site manager at the Mercedes-Benz Bremen plant, said:

“The ability to build such a diversity of models in Bremen is made possible by a highly flexible production system and intelligent manufacturing concepts, for example by producing all our Coupés and Cabriolets on one line.”

First customer deliveries for the new coupe will commence in the Northern Hemisphere spring. An Australian introduction is expected later in the year.

It should be a popular model for Mercedes in Australia, as the outgoing model is repeatedly part of the top-selling vehicles in the above-$80k sports car segment. Last year (2016) the local arm sold 691 E-Class coupe and convertibles, giving it a 9.2 per cent share of the segment. It was the third best-selling model in the class behind the C-Class coupe/convertible (2524 units) and the BMW 4 Series (1551).