Lotus has announced the 2012 Lotus Elise Club Racer; a lighter weight track-focused version of the already ready-to-race Elise. Only a limited number will hit the market, with prices starting at $68,990. 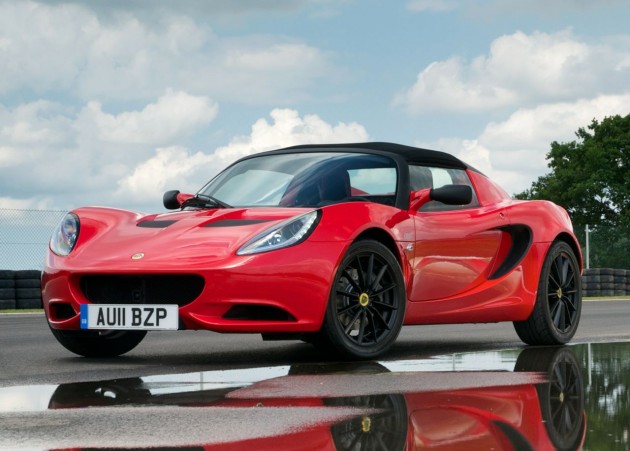 The Lotus Elise has been on sale now for well over 10 years. It has been updated and revised though, but overall, it retains that Lotus philosophy. It’s very light, tipping the scales at just 876kg, while it offers mid-engine dynamics, and an open-top roadster layout. The Club Racer sheds 24kg from its weight, thanks to revisions on the powertrain and body.

The 2012 Lotus Elise Club Racer has been set up to be even more happy on the track. It features a Sport setting for the Dynamic Performance Management system, which is a function that adjusts traction and stability control to a sporty setting. This is the first time the system has been made available on the Elise. 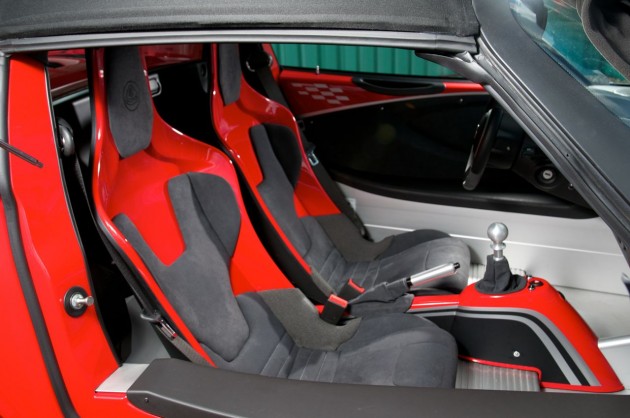 It also gets revised suspension over the normal Elise, featuring Bilstein shocks and Eibach springs, as well as adjustable anti-roll bars. Lotus says the setup makes “the Elise Club Racer equally versatile for both road and race track fun”.

As for the engine, power comes from the same 1.6-litre naturally aspirated four-cylinder engine, matched up to a six-speed manual transmission. It produces 100kW and 160Nm. It’s capable of propelling the Elise from 0-100km/h in 6.5 seconds. Average fuel consumption is rated at just 6.3L/100km.

You better get in quick, only a ‘very limited number’ will go on sale.