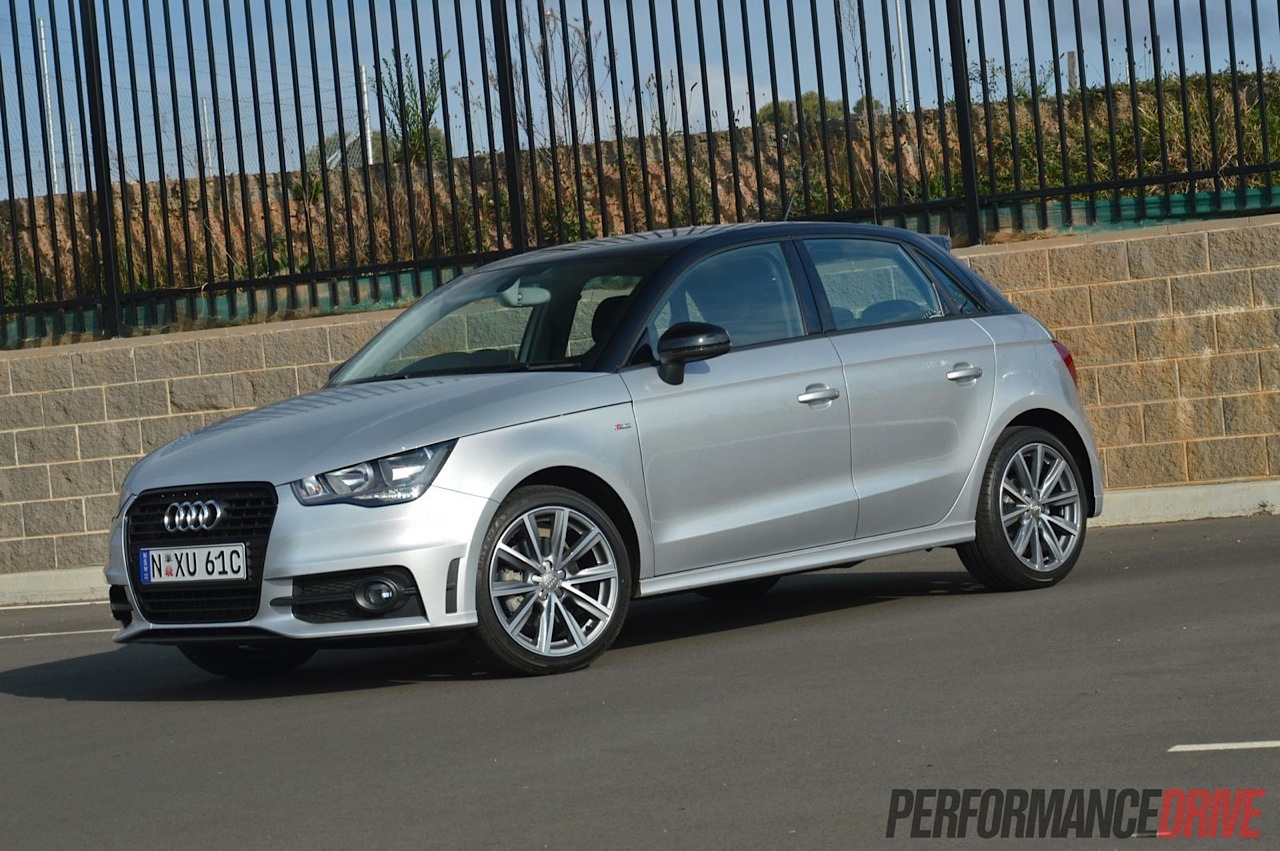 Audi’s entry-level car has just been to the gym and it’s all pumped and ready to go. This is the new Audi A1 Sportback S line Competition. While the name might be a bit long-winded, it is one of the most exclusive Audis currently on sale believe it or not. 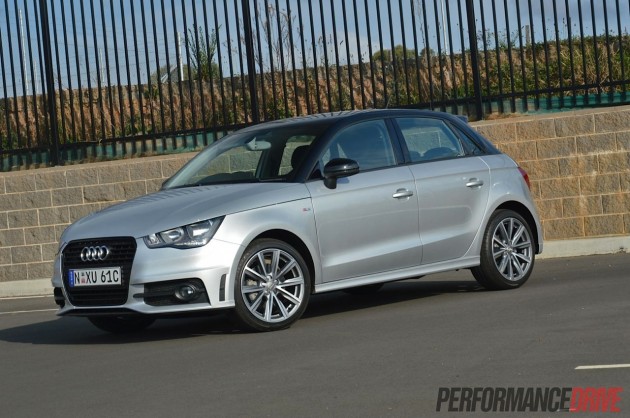 Exclusive? Audi is making just 200 of these rorty editions. Based on the entry-level A1 90 TFSI, the S line Competition package gives buyers a chance to enjoy sporty highlights only otherwise optional on the flagship A1 Sport.

With around $8000 worth of extras and a price hike of only $2500 over the regular 90 TFSI A1 Attraction, additional appeal comes in the form of added value. 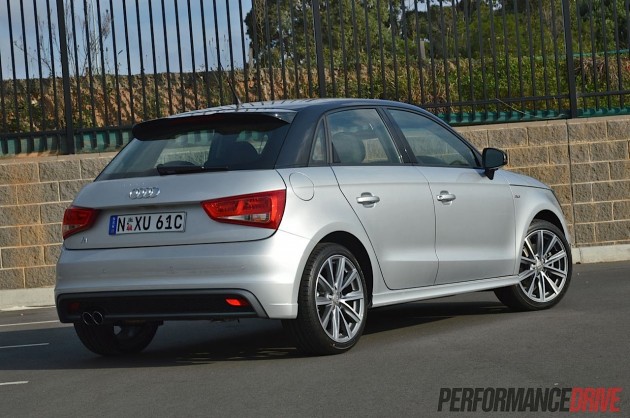 There aren’t many strong, powerful-looking super minis around. Come to think of it, we reckon the A1, especially this Competition version, has to be the best-looking compact currently on sale. Its design isn’t overly flamboyant. It’s pure, with clean lines and curvy yet consistent body panels. The S line bodykit adds a certain athleticism to it.

Inside, the S line Competition comes with Audi’s latest MMI interface and LCD screen. These new systems by Audi are very good and won’t cause you to have a conniption just trying to figure out how to change radio stations, like some rival setups. There’s a simple rotary knob down on the centre console and six main menus to swing back and forth from, with clear, crisp graphics. 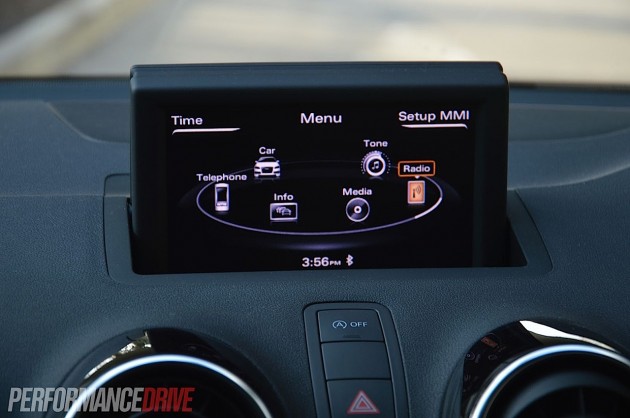 Unfortunately, despite a button (with an illumination mind you) showing ‘nav’, satellite navigation is not standard. We get quite frustrated when manufacturers strip back on equipment so blatantly. Lots of carmakers do it. It’s an easy way of providing customers with a lower price point. But in a $35,500 premium hatch, this kind of gear should be built in. After all, such tech – which isn’t that advanced these days – is standard in the flagship version of the A1’s twin brother; the $29,190 Volkswagen Polo GTI.

Like all Audi vehicles, the interior shows tremendous quality and switchgear precision. The buttons feel solid and robust and look stylish. The layout is clutter-free and very professional too, like an executive suite.

The fronts seats, while not exactly as eye-catching as the exterior in terms of visual impact, offer good comfort and support, and are perfect for everyday use. Audi has understandably gone for the more practical side for the user features as opposed to a fussy, sporty arrangement.

Room to move about is on par with this segment for front passengers, while the unfortunate folk that are relegated to the rear bench will have to sacrifice some of their legs if you’re planning on making use of all five seat belts. The rear headroom is not bad for this segment.

Doing some light shopping works hand-in-hand with the A1 as the cargo space floor is at the perfect height to plop bags and things onto. Overall capacity is a respectable 270 litres, expandable to an impressive 920 litres with the rear seats folded down. 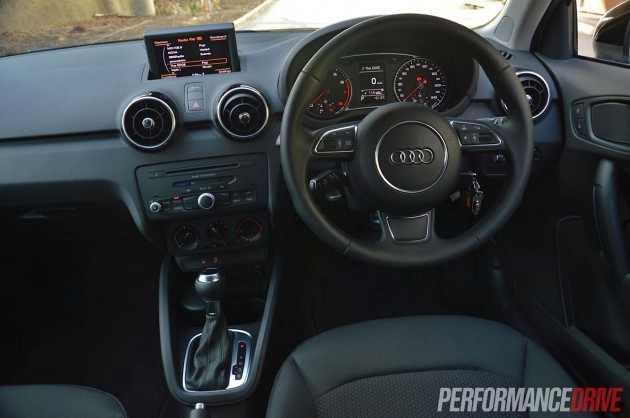 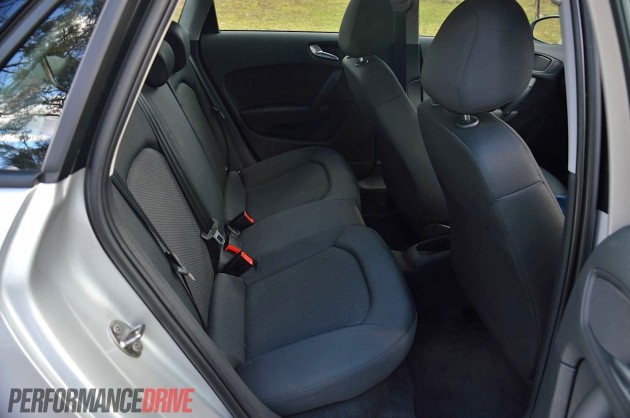 Anyone other than an Audi owner will tell you Audi’s are notorious for offering somewhat discouraging steering and front-heavy driving dynamics. We’re pleased to say the A1 shows very little of this characteristic. Being a compact, relatively lightweight (1225kg) number, the A1 is convincingly pokey and cheerful when it comes to cornering.

Turn in is sharp and quite unlike the typical heavy/wooly Audi. It feels nimble and squirts around with a playful character. It also hangs on throughout the arc of a bend with impressive grip. If you keep feeding in the power it gently breaks into soft understeer. An electronic differential lock, which is standard, does an excellent job of ensuring no inside wheelspin occurs – this is where the ‘competition’ element comes in.

Despite the old-hat torsion beam rear suspension, good dampers keep the rear planted and secure. There is some seesaw action during slow speeds, with a front MacPherson strut tune that seems more comfort oriented that pure sports.

The throttle response is quite elastic and stretchy, with actual acceleration following a short time after depressing the throttle. If you’re in a situation where you need to pull out from an intersection with haste, the slack between the engine and the dual-clutch transmission results in a flingy take off. To avoid this, you need to gingerly apply the throttle until full drive is engaged, then you can reach for the full can of beans.

Once it’s up to speed, the transmission responds excellently to enthusiastic driving. It changes down at the right time and upchange timing depends on throttle depression, which is perfect. Slot it into ‘S’ mode and you’re given a wider range of revs to play around with with lightning-quick changes. Unfortunately, there are no paddle shifters. You can use the up/down action on the gear selector though for more enjoyment.

In every other area, the A1 behaves like a premium hatch. It’s solid on the highway and secure yet nimble around town. It’s natural habitat is the city, where it can zip through tight streets and small roundabouts, and use minimal fuel doing it. We averaged a puny consumption rate of 6.9L/100km during our mostly leadfooted test – the official rating is 5.3L/100km. 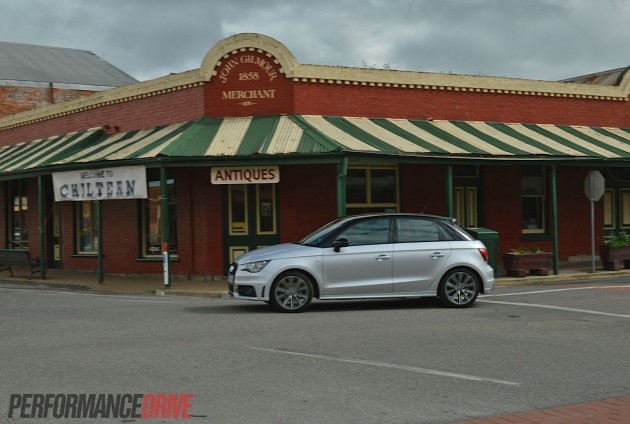 Summing up the A1 is easy. It’s the car in terms of upper class quality and feel, and design, in this segment. The punchy engine is extremely fuel efficient and the interior layout is clearly created to make driving as easy as possible while presenting the users with a premium atmosphere.

This all points to one conclusion; if you’re in the market for a prestige compact hatch that you can happily show off to your nosy neighbours and enjoy with your friends, the A1 leads the pack. The S line Competition is a supplement that simply garnishes these foundations.

As for the steep price, well, we guess it’s like expecting Armani or Dolce & Gabbana to come cheaply.

CONS:
– Stretchy/elastic throttle response off the mark, hard to take off smoothly
– Sat-nav isn’t standard despite a screen and ‘nav’ button already on the dash ready to go
– Pricey 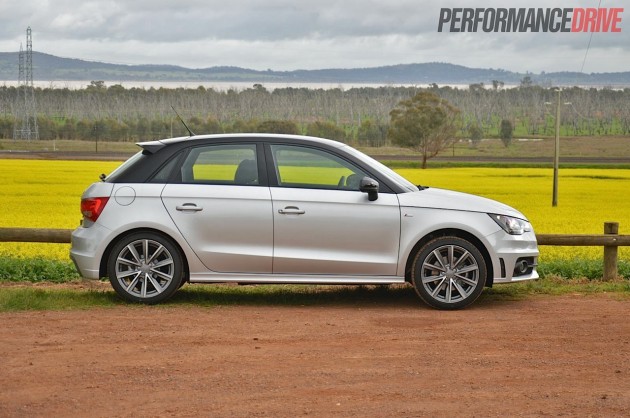 Rivals below are mentioned for price and ‘sporty’ character as well as price, and not necessarily for outright prestige.