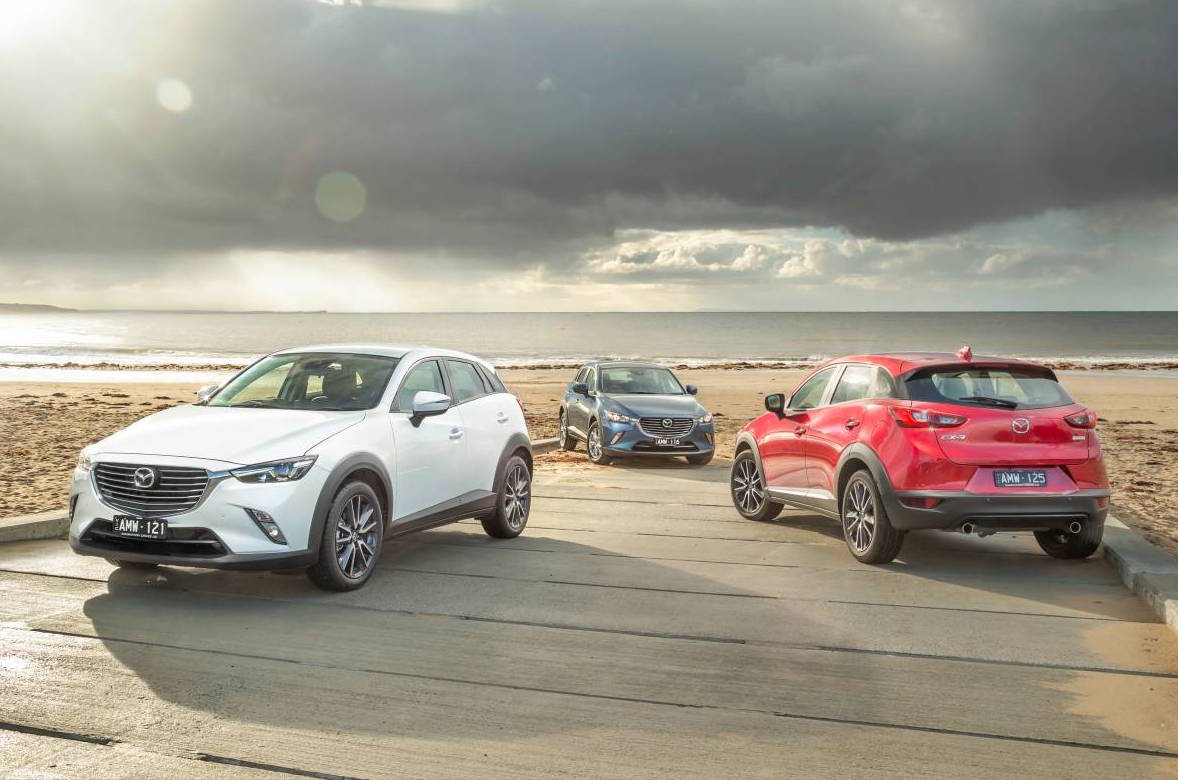 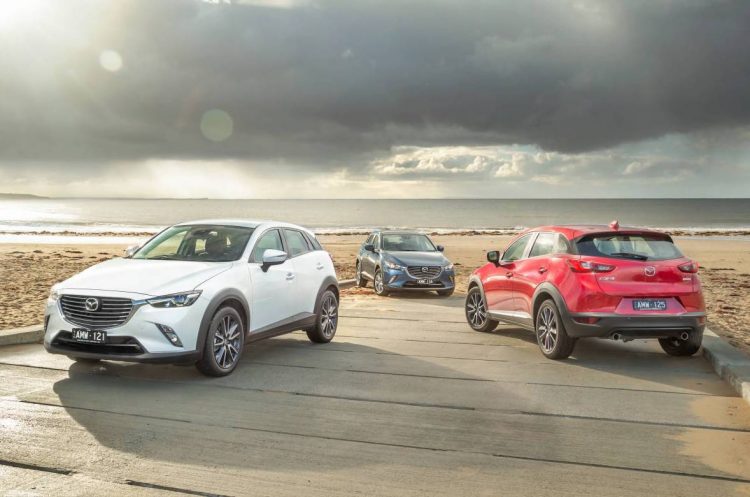 The biggest news for the new model is the introduction of smart city braking in forward and reverse as standard, following Toyota’s recent benchmark push with the competing C-HR. This technology is now standard across the CX-3 range.

At the top of the range the Akari comes with adaptive LED headlights and front parking sensors as standard, while all variants receive some chassis tuning with the inclusion of the company’s latest G-Vectoring Control technology. This system improves drive smoothness and ride quality.

Four main model variants are on sale in Australia, spanning from the Neo, Maxx, sTouring, to the top Akari. The diesel version is available in Maxx, sTouring and Akari only, and only some are equipped with all-wheel drive. The petrol version uses a 2.0-litre four-cylinder engine producing 109kW and 192Nm, while the diesel is a 1.5-litre turbo generating 77kW and 270Nm.

Mazda CX-3 sales are still going very strong in Australia, with the nameplate currently sitting as the best-seller for the segment. The local arm has sold 5750 examples for the first four months of the year, ahead of the runner-up Mitsubishi ASX’s 5050 sales. The new model should help to continue its success. It’s on sale now from the following prices (excluding on-roads):