Details of the 2013 Subaru Legacy for the Japanese Domestic Market are out, with the B4 GT version sporting a new 2.0-litre turbo with direct injection producing 221kW. 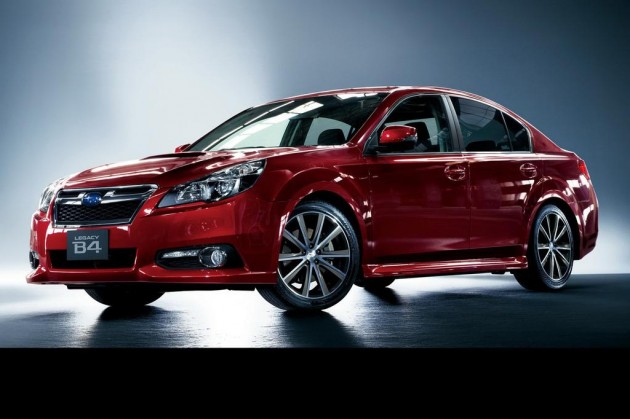 Although the details are for the Japan-only model, some of the updates are expected to trickle over to the Australian range at the end of this year/start of 2013.

The 2013 Subaru Legacy features a new grille and headlights in a similar layout to what is seen on the 2012 Subaru Impreza. The Outback version also gets larger driving lights in the lower front bumper bar. 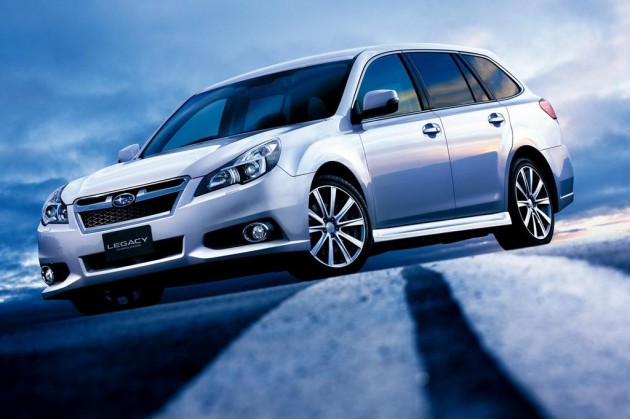 Under the bonnet, the naturally aspirated models are powered by the latest generation 2.5-litre boxer four-cylinder, producing 127kW. The revised engine features various economy-minded technologies such as stop-start and a Lineartronic CVT transmission.

For the sporty B4 GT version, power comes from a new 2.0-litre turbocharged four-cylinder boxer engine (down from the current 2.5-litre turbo) producing 221kW of power and 400Nm of torque.

Despite being more powerful (current Australian 2.5T GT has 195kW), Subaru says with the combination of a CVT transmission and direct injection, fuel economy has been improved by 20 per cent over the 2.5. Acceleration numbers haven’t been mentioned.

PerformanceDrive spoke with David Rowley, national corporate affairs manager at Subaru Australia, about the update. He said complete details of the local 2013 model year Liberty are yet to be finalised, however, the new-look grille and face will be carried across.

As for the engines, we can expect the new more fuel-efficient lineup to make its way into the Aussie range. Specifications and final tunes could be a little different however.

The 2012 Liberty only just went on sale in Australia in January. It’s unlikely we’ll see the 2013 update until around summer time.