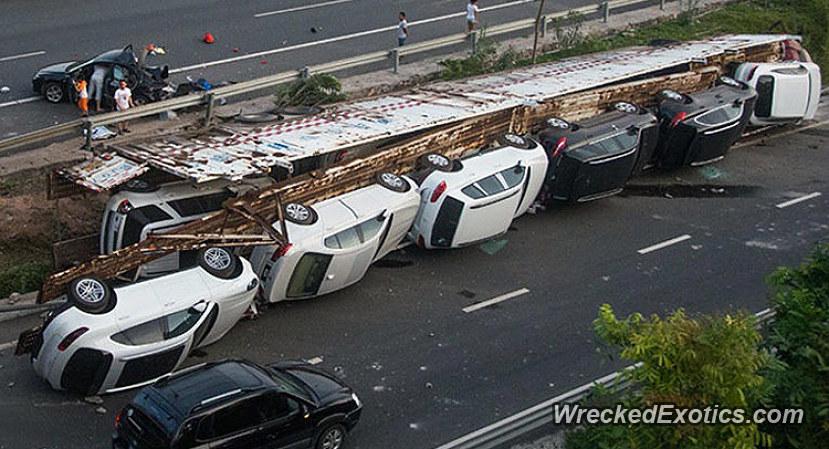 A truck driver in China has a lot of explaining to do after being involved in an accident which caused the entire trailer, packed with Porsche Macans and BMWs, to tip over resulting in over $1 million in damages. 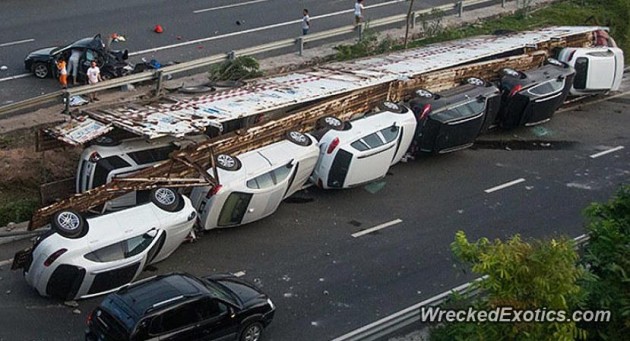 The official cause of the crash, which occurred in Xiamen, is yet to be determined. It’s understood the truck ploughed into the back of a Mazda – his/her fault we don’t know – which caused the truck to ricochet into and through a barrier, and off a little embankment, overturning the trailer.

Despite the Mazda literally being punted from behind with enough force to completely squash the back of the car, reports say nobody was seriously injured. 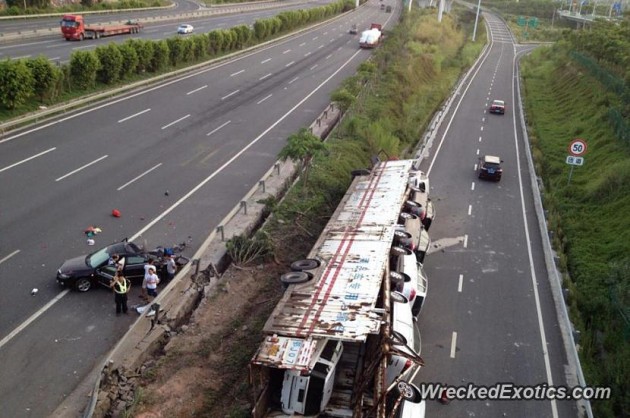 On the truck were 11 expensive vehicles, including several brand new Porsche Macan SUVs, a few BMWs, and a Land Rover or two. All up, the damages were said to be over US$1.6 million, which seems pretty likely.

Interestingly, it gives us a sign of how fast the Chinese vehicle market is growing. The market is known to have an increasingly higher demand for high-end vehicles, particularly vehicles with lots of rear passenger space; large sedans and so on.

Be sure to head over to WreckedExotics for more images and details.