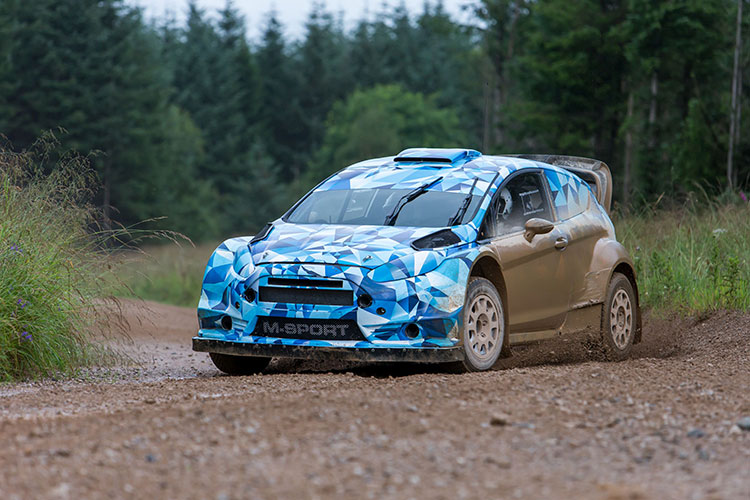 As a result of a regulatory shakeup for the 2017 World Rally Championship, manufacturers are releasing newer designs in accordance with the revised standards. The latest to do so is Ford. 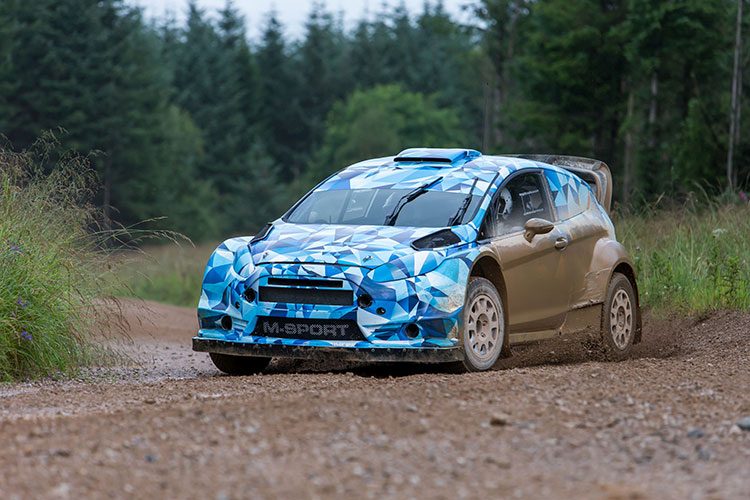 The 2017 Ford Fiesta RS WRC prototype, shown here, is undergoing testing on gravel stages by Ford’s chosen motorsport gurus, M-Sport, based in Cumbria, UK. It is 55mm wider, 10kg lighter and features wilder aerodynamics that perhaps hark back to Group B specials of the 1980s.

Like the competing Toyota Yaris WRC and Citroen C3 WRC entrants to debut next year, the Fiesta is adorned with camouflage. Blistered wheel arches and aggressive intakes feature throughout the vehicle. Although the new road-going Fiesta is expected to be revealed early next year, this new model is still based on the current, sixth-generation model. Don’t let the Fiesta RS name get your hopes up; there aren’t any known plans in the pipeline for a production version – it would be a nice rival to Renault’s Clio R.S. 16 though, which features the Megane RS260’s huge engine.

“Whenever a new car gets its first run out in the forest there is always an air of excitement, and rightly so. Time and again we have proven that we have the engineering expertise to produce winning cars, and the initial findings suggest that this one will be no different.

“This is only the first prototype but the speed really is incredible. We’re still fine-tuning the aero-package with our colleagues at Ford, but we have been able to run all of the mechanical components on the current bodyshell and the first tests have only strengthened my confidence in our ability to produce a winning car.”