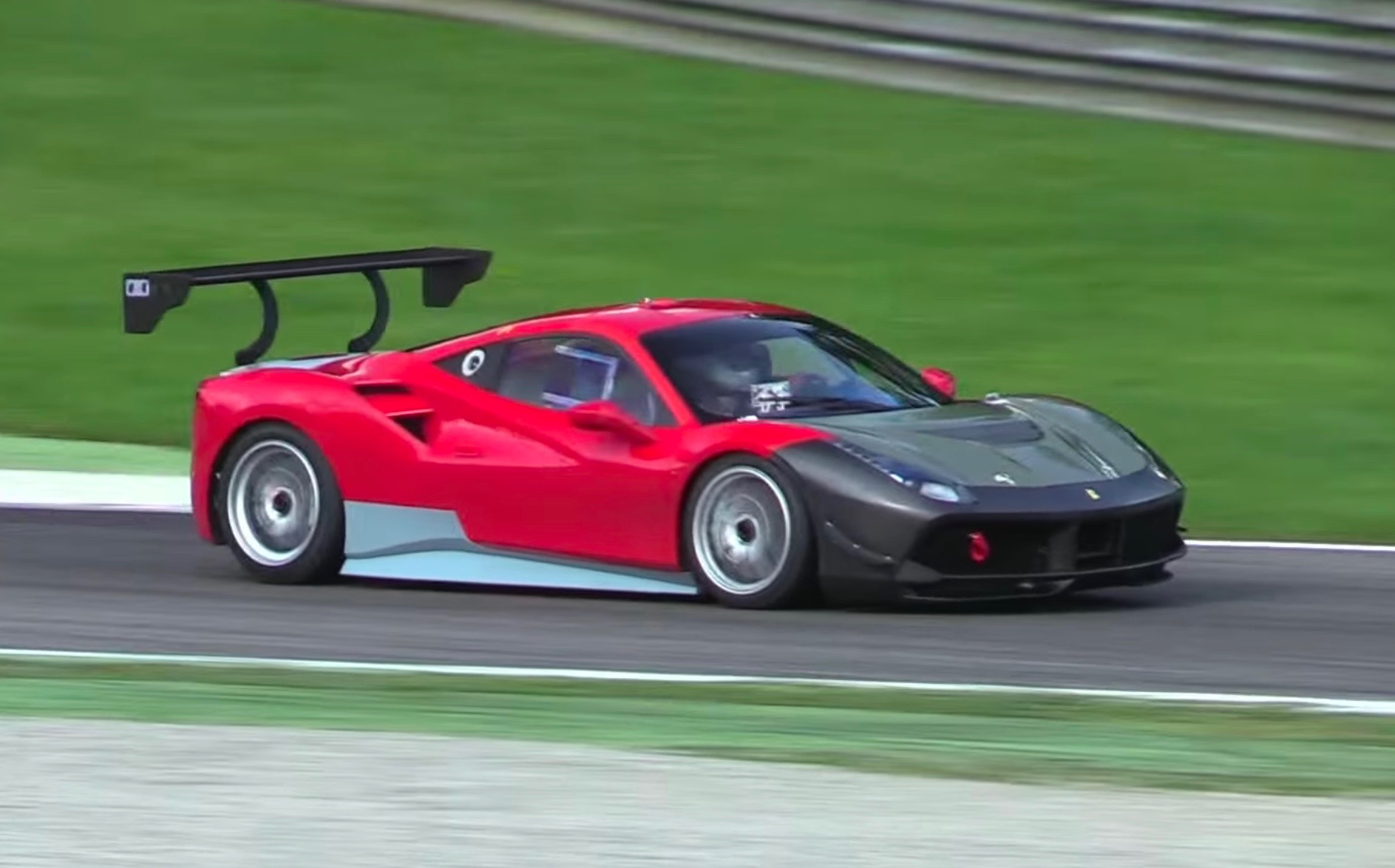 Ferrari appears to be preparing a race-spec version of the new 488 GTB supercar, having been spotted testing in Italy only days ago. Pundits are alluding to the possibility of this being the next Challenge, successor to the 458 Challenge. 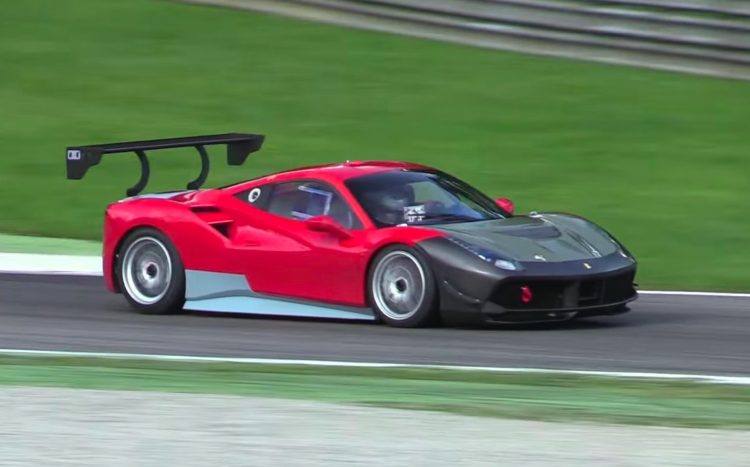 The prancing horse, dressed in red of course with a massive rear wing, was spotted testing at the Monza Grand Prix circuit. The front bumper and massive rear diffuser is covered in black, while the bonnet and side skirts get the black and grey treatment.

Expect a race-tuned version of the 488 GTB’s stock 3.9-litre twin-turbocharged V8 unit, racing suspension, brakes and roll-cage, and a stratospheric soundtrack. The 488’s predecessor, the 458 Challenge, lapped Ferrari’s Fiorano test track in 1:16.5 seconds. This is expected to be even quicker.

Some say Ferrari may be planning to unveil the race-spec 488 at the next Finali Mondiali event at Daytona in December, following the unveiling of the 488 GTE and GT3 race cars at last year’s Finali Mondiali event. The two cars are certified to compete in the FIA World Endurance Championship series. The GT3 variant received a race-tuned 404kW (down from 493kW in the stock 488 GTB), while the GTE had a slightly larger capacity 4.0-litre V8 with 357kW of power.

While a total of zero facts have been confirmed by Ferrari, you can certainty tell the 488 isn’t lacking in braking power, with its rotors glowing red-hot leading up to the entry of the corner at one point.

No dates have been set by Ferrari, but word is Maranello’s hottest marque has begun accepting deposits and reserving units of the 488 Challenge for customers. Check out the video below for more.