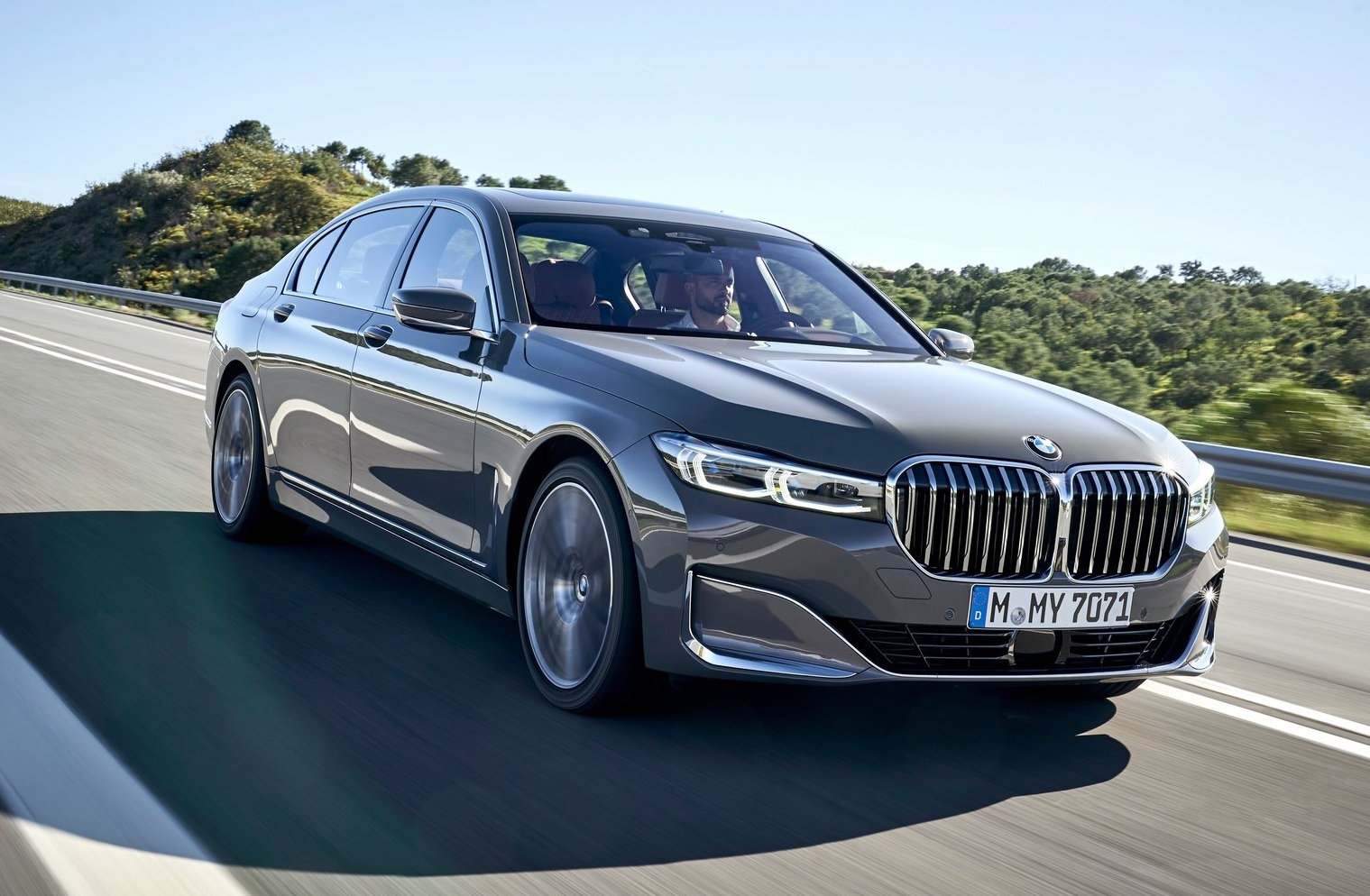 Looking for a new car for your driver? BMW Australia will soon introduce the 2019 BMW 7 Series LCI update, bringing in a new-look front end, enhanced comfort, and some new powertrain options. 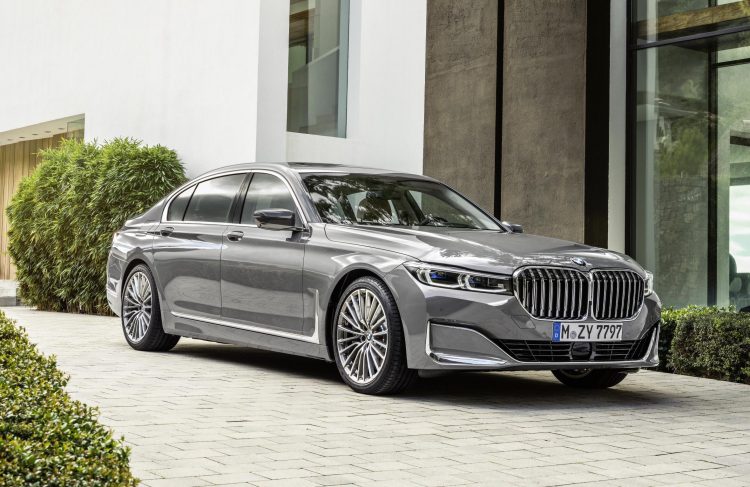 First revealed earlier this year, the 2019 BMW 7 Series LCI shows off the company’s latest front end design language. It’s easy to spot. You just need to check out those huge front grilles. This style was first seen on the X7 super-large SUV, which arrives in Australia in May. This larger layout seems to give the 7 Series an even more imposing road presence compared with the outgoing model.

The bonnet is updated and sits 50mm higher, while the slimmer headlight design incorporates Laserlight technology as standard across the board. There’s also 3D-style LED taillights that are 35mm slimmer, connected by a full-width band that runs across the middle.

As before, the new model is underpinned by BMW’s CLAR platform. However, the styling updates have resulted in increased overall length for the limousine. According to the dimensions the new model is 22mm longer, in both regular and long wheelbase form.

Four main variants will go on sale in Australia, as well as two long wheelbase models. These span from the 730d, 740i, 745e hybrid, to the 750i xDrive for the regular wheelbase. The long wheelbase lineup comprises of the 740iL and the M760iL. 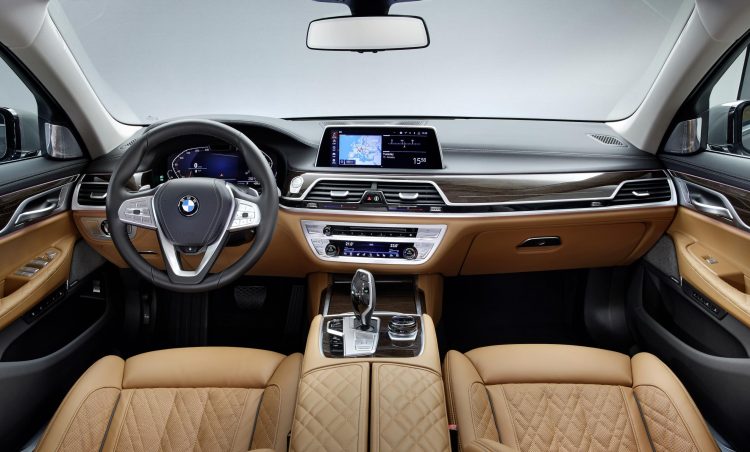 If it’s both speed and efficiency you want, you need the new 745e. This comes with an inline six petrol engine and electric motor system, updating from the predecessor which featured a four-cylinder paired with an electric motor system. Combined output is rated at 290kW and 600Nm, resulting in a 0-100km/h sprint of just 5.2 seconds.

Near the top of the range is the 750i xDrive. It comes with the recently-revised 4.4-litre twin-turbo V8 that debuted in the M850i, producing 390kW and 750Nm. All of that grunt is sent through an all-wheel drive system, resulting in a 0-100km/h time of just 4.0 seconds.

For outright power and speed, the M760iL uses a 6.6-litre twin-turbo V12. This mammoth unit produces a whopping 448kW and 850Nm, and also comes with xDrive all-wheel drive. Across the 0-100km/h sprint, BMW is claiming a ridiculously quick time of just 3.8 seconds. This is insane for a car of this size – imagine the immense g-force. 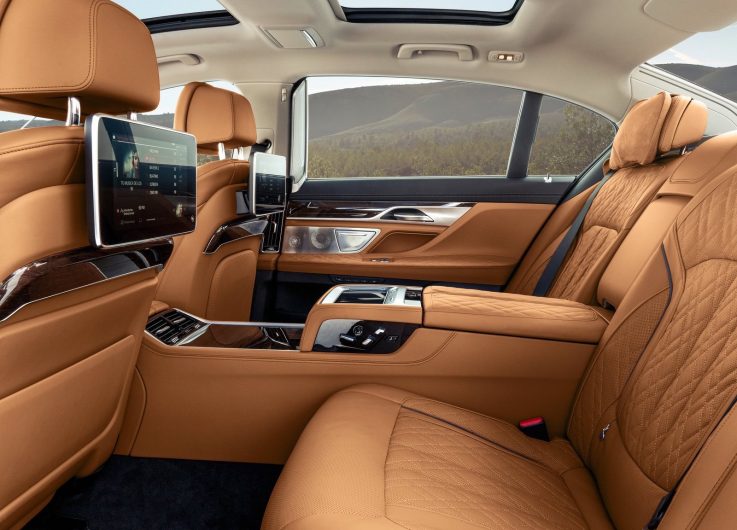 Inside, the driver is presented with a 12.3-inch digital instrument cluster with customisable displays, while the dash features a 10.25-inch media screen running BMW 7.0 software. Head-up display, BMW Intelligent Personal Assistant, and adaptive air suspension are all fitted as standard.

New for the 2019 LCI model is a ‘Caring Car’ function that offers fragrance and seat massage services for the front and rear, while buyers can option for an Exclusive Nappa leather upholstery with Extended Quilting. This can be had in Mocha and Cognac colours.

“Since 1977, through the combination of advanced technologies, exclusive design and ultimate dynamic performance, the BMW 7 Series has been set as the flagship for BMW Group. With refined interior luxuries, updated technologies and exciting new models arriving shortly, the BMW 7 Series will continue to set the luxury segment benchmark.”

The new model will be available in Australia from June this year. Prices start from the following (excluding on-road costs):