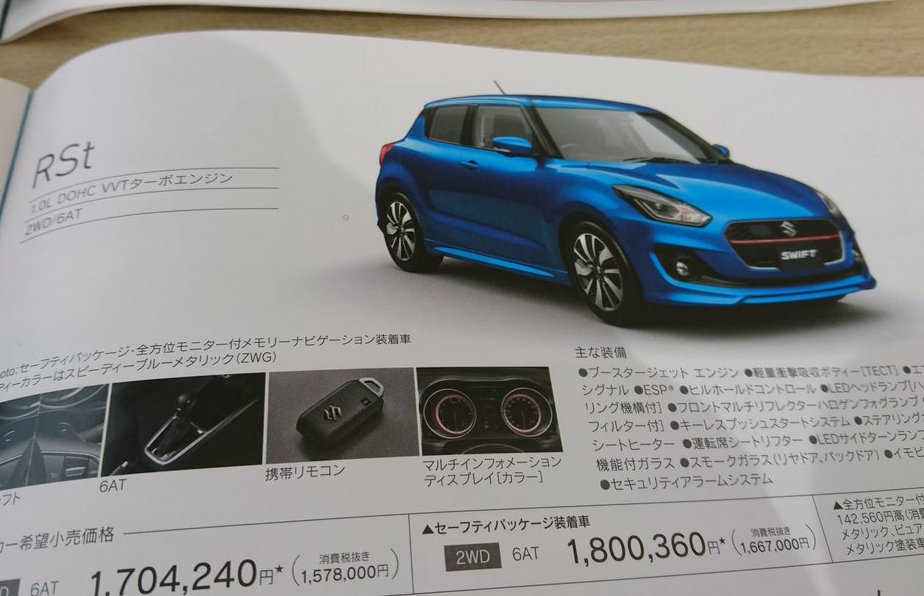 Suzuki’s next-generation, 2017 Swift has essentially been revealed in full, from every angle, thanks to a brochure leak and scanned images published by Indian Autos Blog. 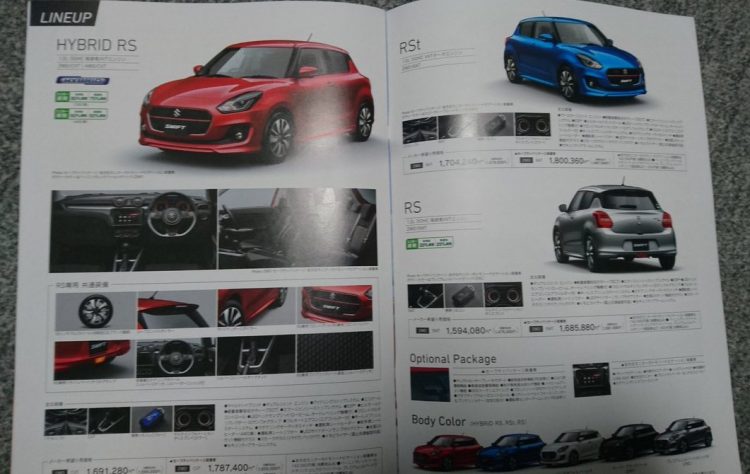 Seen for the first time some months ahead of its official release, the JDM-spec Swift has evolutionary styling but is a lot sportier and more upmarket in its appearance thanks to its Jaguar F-Type-esque front lights and grille, more elaborate LEDs and detail touches such as the strip on the D-pillar which carries the traditional ‘floating roof’ element to the rear of the vehicle.

A range of bold new colours and a variety of specs are confirmed, and it appears as though the all-new Swift will be offered in five variants, at least in its home market. There’s no mention of the Sport yet, which is expected to receive the same 1.4-litre ‘Boosterjet’ turbo as the Vitara Turbo. 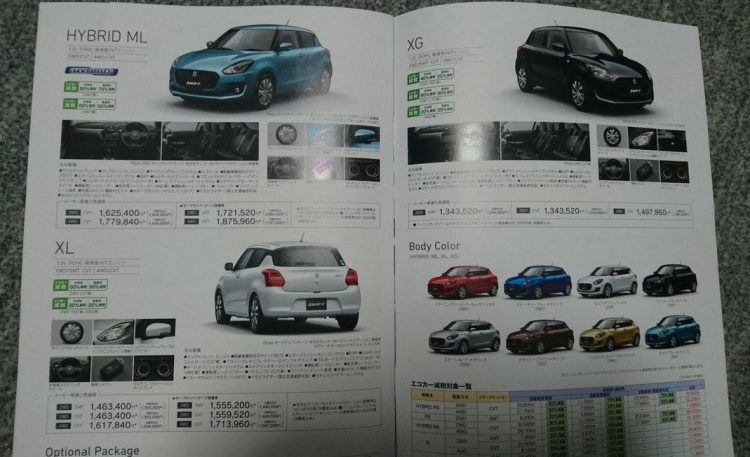 Confirmed variants include XG, XL, Hybrid ML as well as RS and RSt. XG and XL are propelled by a 66kW 1.2-litre twin-cam VVT four-cylinder, with either a five-speed manual or CVT auto. The Hybrid ML adds Suzuki’s clever SHVS system (Smart Hybrid Vehicle by Suzuki), which combines an integrated starter generator with brake regeneration and the ability for electrical assistance off the line. This model is capable of around 3.6L/100km on the Japanese government cycle. All-wheel drive is also available on these models.

The RS model adds the option of the 1.0-litre Boosterjet three-cylinder turbo producing 82kW, which is available with a paddle-shifted six-speed auto. The range-topping RSt Boosterjet adds bigger 16-inch alloys, reversing camera and more. It’s worth noting these specs may not have any bearing on the Australian-delivered models at all, expected to arrive next year. 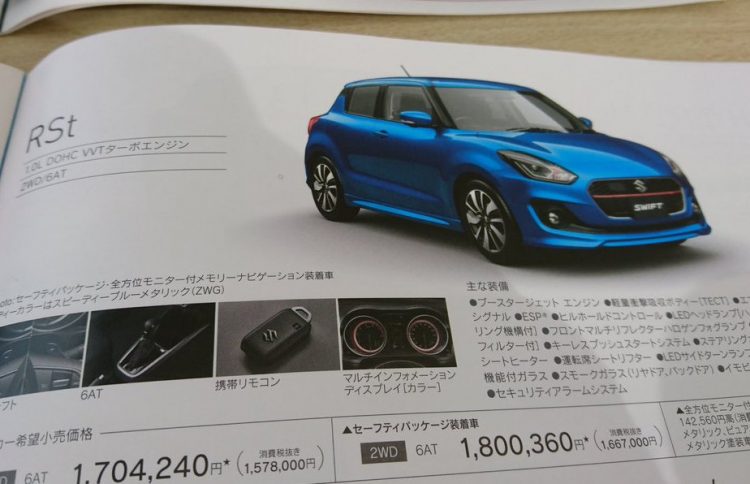