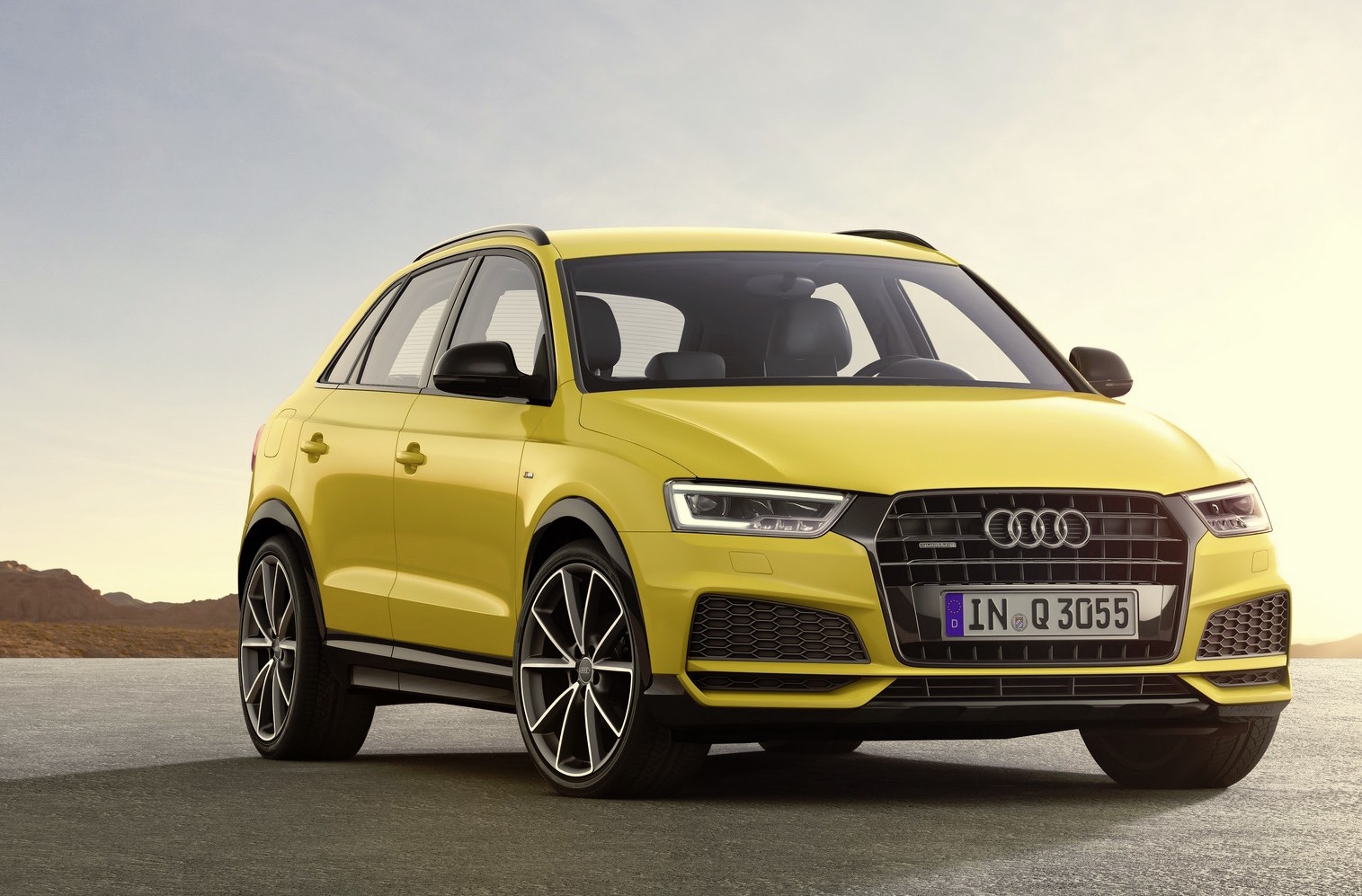 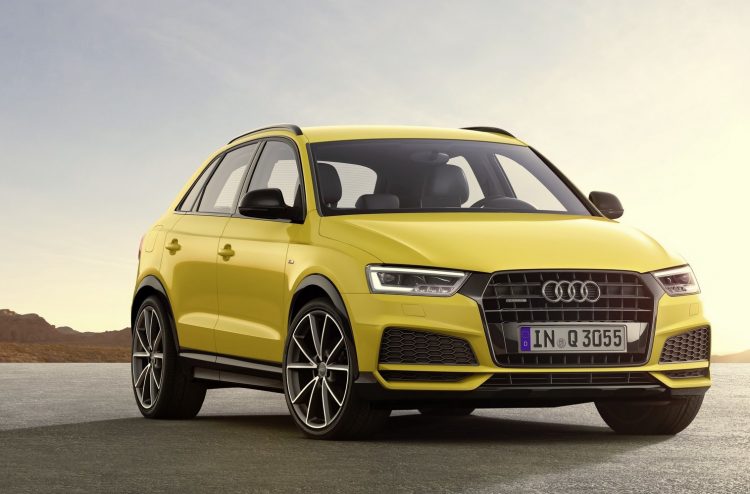 Borrowing from Audi’s latest design language, the Q3 adopts a sharper and more modern look otherwise seen on the latest Q7 and the upcoming Q2 SUVs. There’s a new front grille flanked by more defined edges and some new headlights.

The biggest change to the exterior though is the introduction of the S line trim package. As pictured, this brings a host of darkened highlights for the exterior, including a dark grille, wheel arch extensions and side sills, and a sporty front lower spoiler.

Helping with handling the S line package is available with sports suspension, while buyers will also have the option of the S line competition package which adds 19-inch alloy wheels, Audi’s drive select handling system, and a spruced up interior.

Passengers of the S line competition receive sports seats in black leather and fabric, with option Alcantara and Nappa leather, along with S line door sill plates, stainless steel footrest for the driver, and a flat-bottomed steering wheel. Most of the controls are in aluminium look as well.

No changes have been mentioned in regards to the powertrain lineup as yet, but Audi says the S line competition will be available for all variants. Production will start during the third quarter of this year, with Aussie details yet to be confirmed.

The current-gen Q3 has been on sale since 2011 in essentially the same form. An all-new model isn’t expected until at least 2018, according to a product timeline leak.